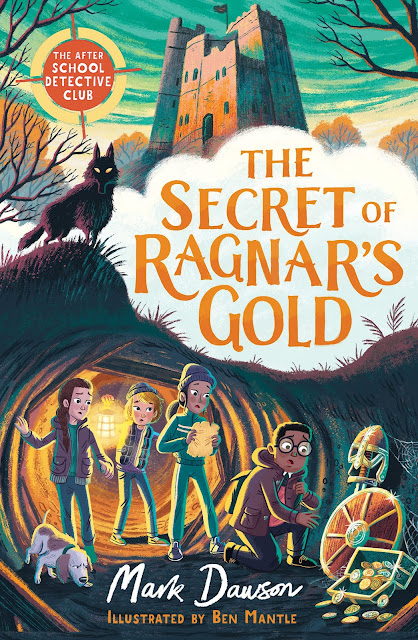 Today we have another cracking interview with our good friend Allan Boroughs. One of his recent projects is co-writing a new detective series with fellow author Mark Dawson. The first two books have been published this year with Welbeck Flame whilst another book is due to be published in Jan 2023 entitled The Mystery in the Marshes. All the books are illustrated by the talented illustrator Ben Mantle. So, it's time to be transported back to your eight-year-old self where you'll have the power of seeing the world in a fresh and unique way whilst playing the drums. Have a great day and weekend! You can buy it HERE.

I knew of Mark from his adult thrillers and his work in the independent publishing space.  A friend of mine called me one day and said he’d seen a post from Mark saying he was looking for a children’s writer to collaborate on a new series.  I got in touch and we got talking, I followed him home a few times, leapt out of dark alleyways, super-glued myself to his car etc and eventually he agreed to work with me.  It was a natural fit really.

The After-School Detective Club involves a group of friends (Max, Charlie, Joe and Lucy and their faithful dog, Sherlock) as they solve crimes and mysteries in and around their home town of Southwold.

Mark and I both agreed early on that we wanted the series to evoke the stories we loved as kids such as the Famous Five and Just William stories.  However, the world has moved on quite a bit since Enid Blyton’s days so we also wanted stories that were based in the modern world where the gang have to deal with modern criminals as well as tackling real-world problems like difficult parents, bullies and schoolwork.

Mostly, the stories are about the value of true friendship and how everyone has something to offer, however much of an outsider they feel.

We thought a lot about the characters at the outset and deliberately made them as different as possible in terms of personality, interests and backgrounds.  They are all thrown together by chance, one evening in Southwold and, at first, they don’t get on particularly well.  However they become firm friends when they are placed in a dangerous situation and have to rely on each other to save themselves.

Creating very different personalities gave us a lot of opportunity for humour, disagreements and for each member of the gang to bring unique skills to each adventure.  Like all the best gangs, they also have their own hideout – no spoilers but they think it’s ‘the best place in the world’.

As with all the best collaborations there is some tension in the process – some things we agreed on straight away, others we went backwards and forwards on until we found something we both liked.  We spent the most time thinking about the location, the characters and how they would work together before we really thought about the story.  Once we’d got the chemistry right between the main characters, the stories really took care of themselves.

Having someone else to work with on a story is great.  When you think about it, most modern films and TV shows are written by teams of people.  By comparison, the idea of a lone author, sitting at home and writing entirely by themselves is a little strange.

The stories are all standalone adventures so you can read them in any order you like.  At the same time, there are some characters that turn up in different stories and the relationships between the gang develop over time so I think readers will get more out of them if they read them in order. 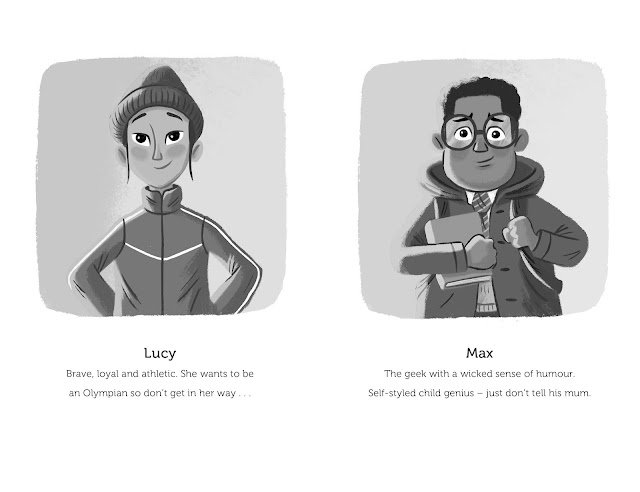 Ben is my hero.  He not only did the covers but all the interior illustrations as well and his artwork really brought the books to life.  The first time I saw his sketches I laughed myself silly – he captured the characters perfectly and drew them with such humour that it was like seeing the story for the first time.

A good cover is an essential part of the package in any book and this is particularly true for children’s books.  A great cover can really help a young reader to start to visualise the story before they have read the first page.  When it is so critically important to encourage children to read at an early page – a great illustrator and a classic cover are indispensable.

The After-School Detective Club is progressing rapidly and I am currently working on Book 5 in the series.  No spoilers but my story research included a trip to Ireland as well as googling the question “can you put a dog through an airport scanner”.

Apart from that I am also finding a bit of spare time to finish Book 3 in my own kids’ sci-fi detective series, Starless and Black, and I’m learning how to play the drums.  The books are going well – the drums, not so much.

I love reading and devour as many books as my spare time will allow although my reading choices can be a little eclectic.  Favourite reads include the Laidlaw detective series by William Mackilvanney; classic sci-fi/speculative fiction by William Gibson, Ursula Le Guin and Margaret Atwood, spy novels by Le Carre and anything and everything by Neil Gaiman.

My current read is ‘Winnie-the-Pooh’ (honestly) which I am re-reading for probably about the twentieth time.  It is funny, sad, endearing and a perfect example of how a well-crafted children’s book can tell us fundamental truths about the way the world works.

Eight-year-old me would probably want to know how much I earn – which as any children’s writer will tell you is one of the questions they get asked most often on school visits.

Much-older me would probably say something like – don’t even think about how much money you’re going to make from writing – if you want to make money, start a business or go and work in a bank or something.  But if you want to be a writer, then do it because if there is just the tiniest chance that someone will read something you’ve written and it makes them laugh or cry or think about the world in a different way then, that is worth more than any amount of money.

Oh, and by the way, eight-year-old me – don’t ever stop thinking like an eight-year-old because it’s the one time when you have the most amazing original thoughts about the world that are entirely yours.  As you get older, other people’s ideas will crowd in on your own until you’ve forgotten which ideas are yours and which are just something you read somewhere.

I think eight-year-old people are the ones most likely to see the world in a fresh and original way – we should put them in charge.