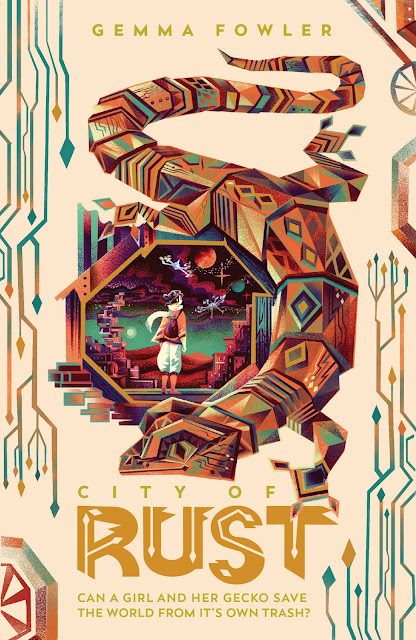 Here we have a winning combination; a great book cover, and a fantastic story. This was one of the most original stories of 2021 (published by Chicken House books) and we loved it. It was really great to be able to ask some questions about the book as well as find out more about the author behind it. If you are ready for Astronaut wee and Cornish pasties predicting the future then you must read this enjoyable interview with Gemma Fowler. In the meantime, enjoy and we'll see you back for the next interview very soon. You can buy HERE.

Apart from having a load of fun reading it, I’d love readers to understand that the book is inspired by the rubbish problem we have on Earth. I really struggle with the fact we have (nearly) driverless cars now, but still struggle to recycle our waste. It’s nuts!

Oh I love the cover! It’s by Karl James Mountford, who’s a bit of a legend anyway, but I think he really knocked it out of the park with this one!

A lot of people think the book has a steampunk vibe after looking at the cover (I think it’s the rusty colours). It does have a few steampunky traits, but it’s really not that kind of world at all. Blade Runner meets Wall E meets Star Wars!

I read an article about the space debris problem (there are 180 million pieces of space waste in orbit around the Earth right now and counting), did a big groan about the state of humanity, and then an image of a space junkyard popped into my head that was too cool to ignore!

I wouldn’t say I have conversations with them, they sort of talk at me and I write it down. It doesn’t feel like it comes from me at all. Which sounds crazy but it’s just the way it works!

Now the book is written it’s like having a group of friends that you miss hanging out with, I find myself thinking ‘Atti would love this’ or ‘If Railey were here she’d have fixed that already’, things like that.

City of Rust has been selected for the Summer Reading Challenge this year, which has a Gadgeteers theme, so I’m working on updating my website with some bits and bobs to go with that over the summer.

I’m currently working on a new book that features a Cornish pasty that can predict the future. That’s all I will say for now! Ha.

Ok. I’m a weird fact machine (I bore people with my facts on a daily basis), so here are some Gross but True facts I learned whilst researching City of Rust- 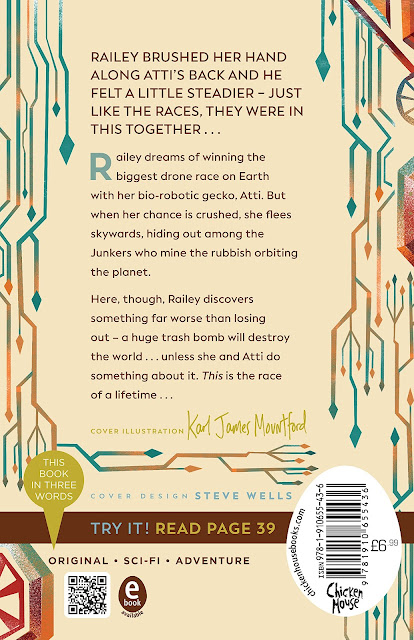