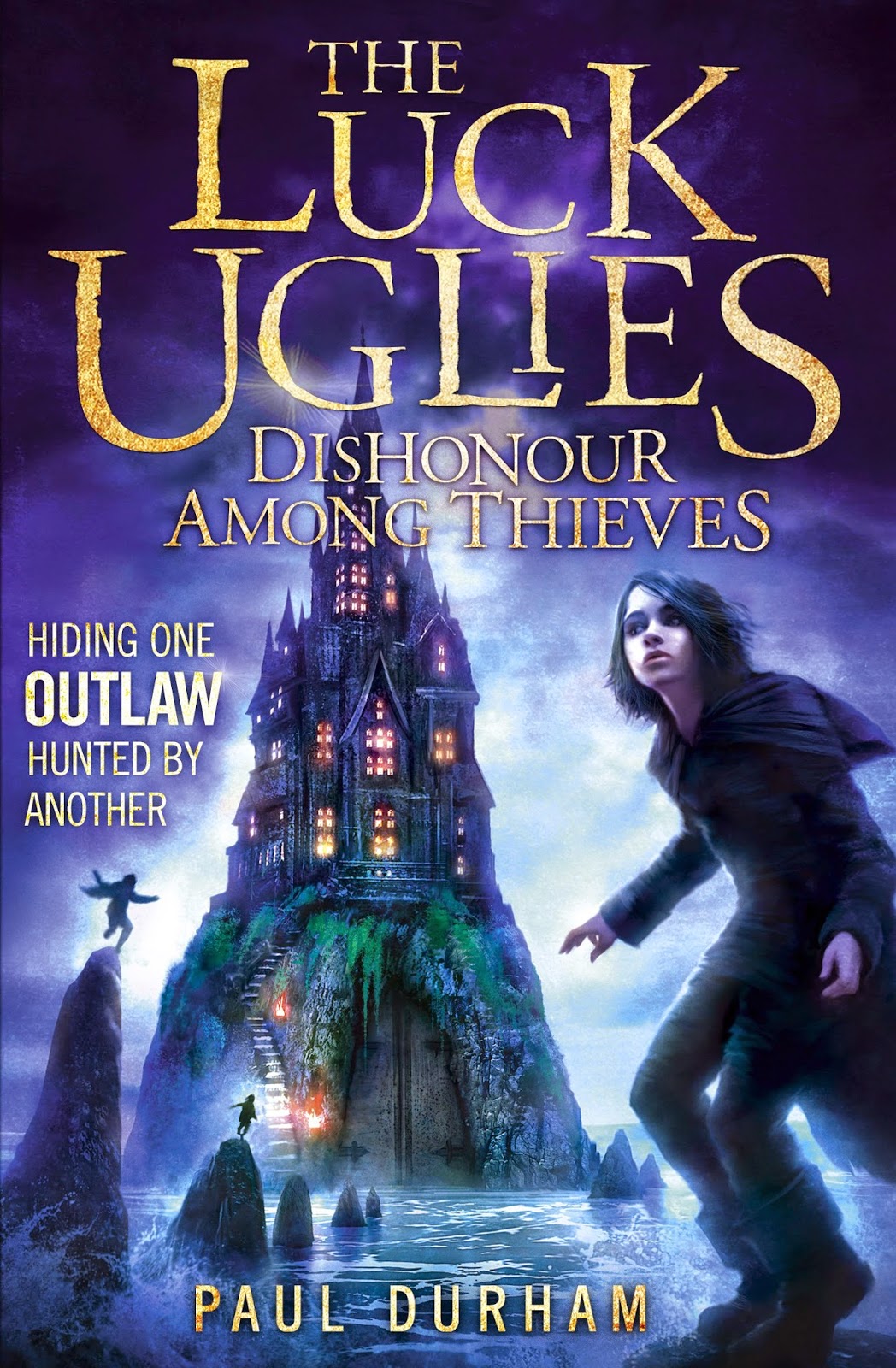 Paul Durham - Dishonour Among Thieves ( The Luck Uglies, Book 2) - Published by HarperCollins Children's Books  - (26 March 2015)
Sometimes it takes a villain to save you from the monsters…
Join fearless heroine Rye as she uncovers the truth about a clan of notorious outlaws known as the Luck Uglies and battles to save those she loves from the real monsters.
The legendary Luck Uglies are the most deadly, dangerous band of men Ryley O’Chanter has ever met – and her father, Harmless, is their high chief. Having been in exile for ten years the Luck Uglies are back in Village Drowning, but bringing them out of the shadows and back together was has thrown up new dangers. There is bad blood between Rye’s father, and a sinister masked man named Slinister Varlet. As Harmless and Slinister vie for control of their men, Rye finds herself caught up in their dangerous game. Throw in a vengeful son, a dark curse, and a collection of thieves and smugglers and the stage is set for another page-turning adventure. 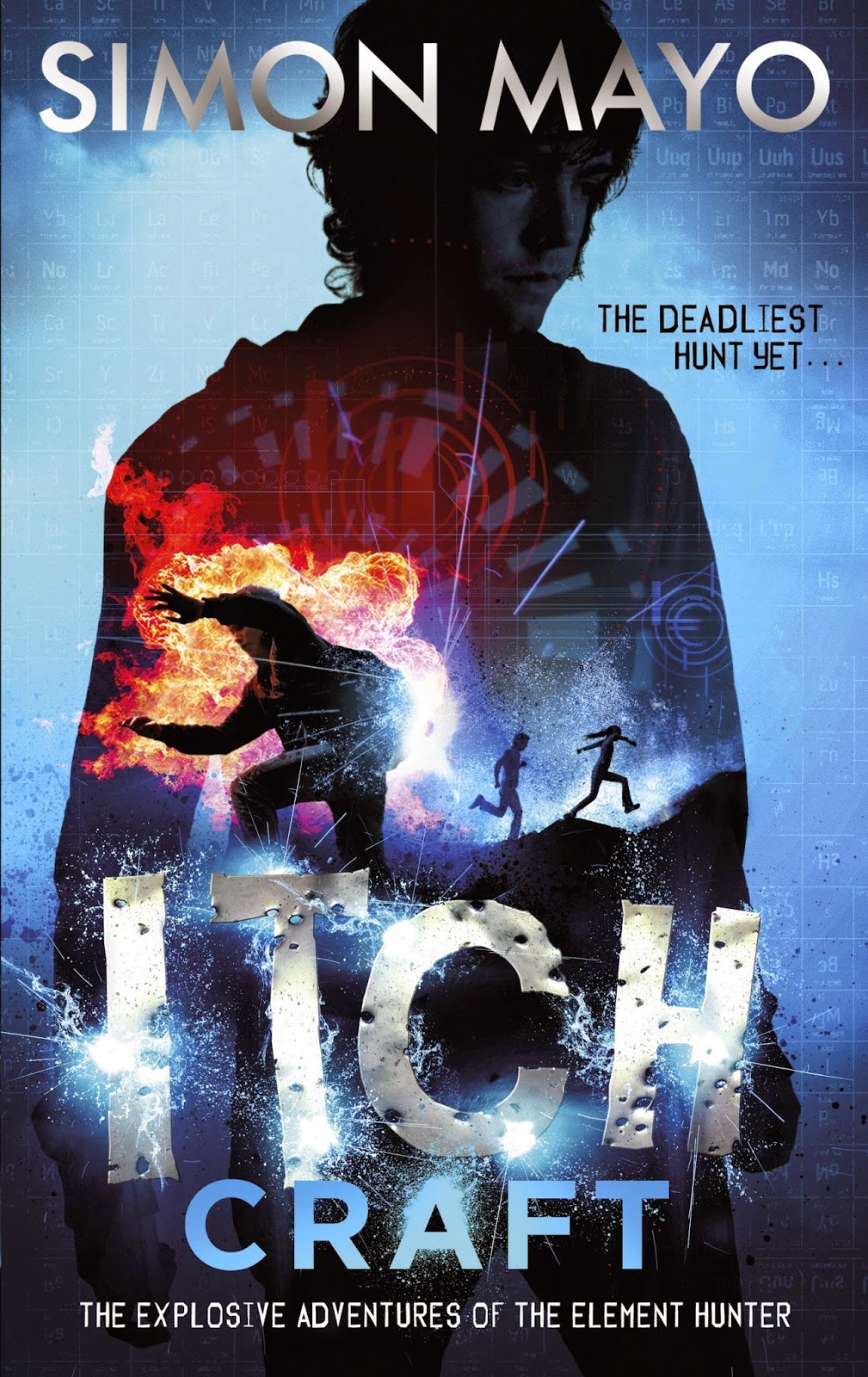 Simon Mayo - ItchCraft - Published by Corgi Childrens (26 Mar. 2015)
Exploding euros and exciting elements - join Itch, Jack and Chloe on their latest adventure.
Itchingham Lofte, teenage element hunter and unlikely hero, has had enough excitement to last him a lifetime. Stumbling across an unknown radioactive element and trying to keep it out of the hands of those who want to use it for their own ends was hard enough. But when a school trip to Spain ends in exploding currency and rioting locals, he knows that he has to continue to look for answers.
Itch knows the lives of those closest to him are at risk. He must track down a deadly enemy who will stop at nothing to take his vengeance . . . 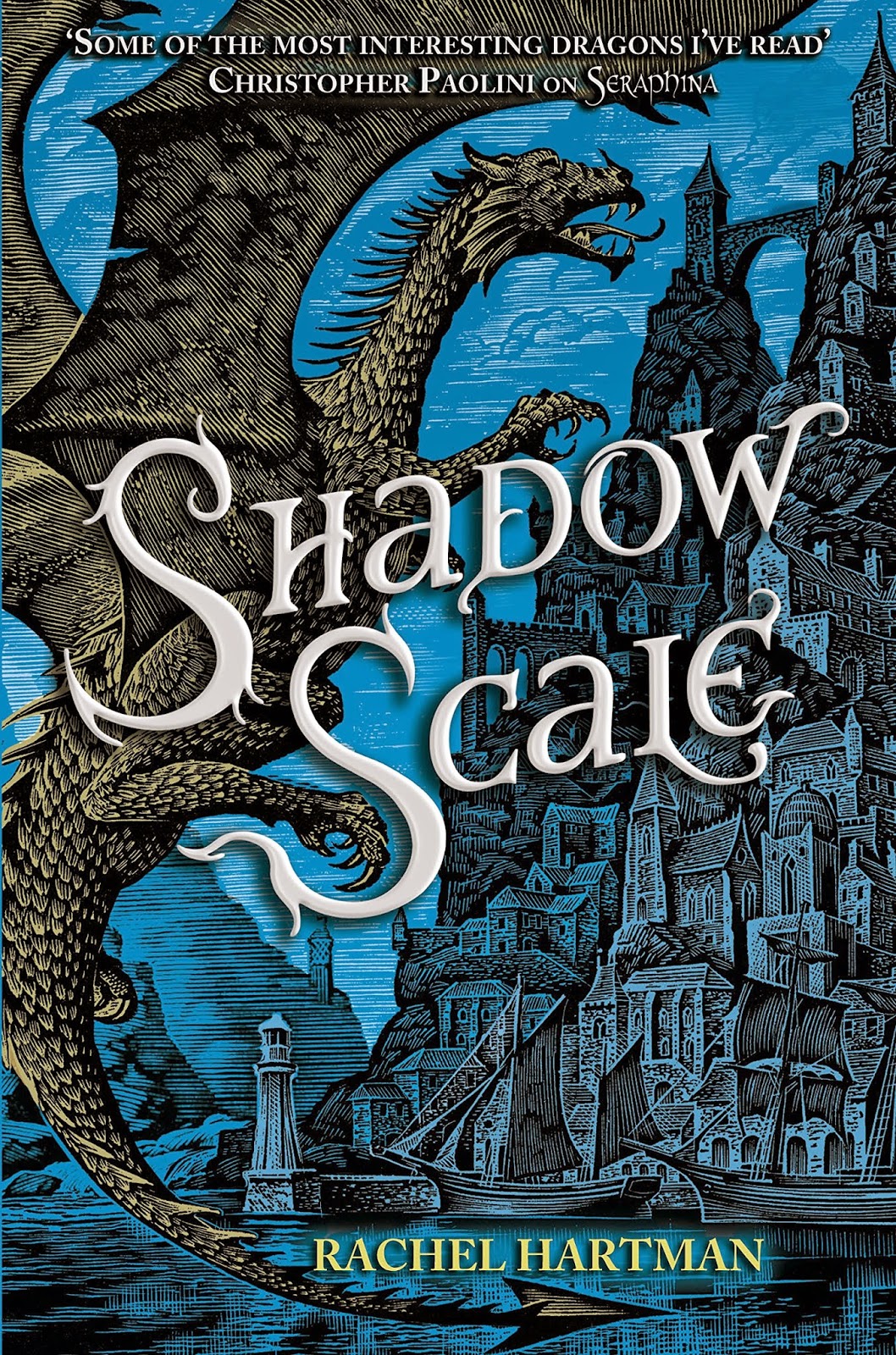 As Seraphina travels the Southlands in search of the other half-breeds to help in the war effort, the dragon General Comonot and his Loyalists fight against the upstart Old Guard - with the fate of Goredd and the other human countries hanging in the balance.
The gripping sequel to the bestselling Seraphina. 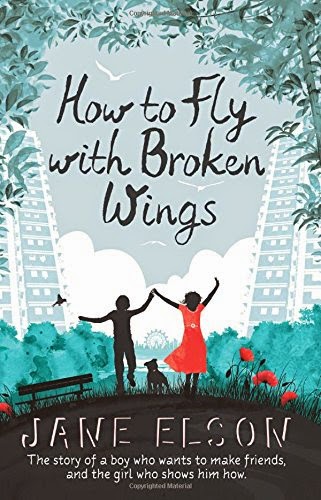 Jane Elson - How to Fly with Broken Wings - Published by Hodder Children's Books (5 Mar. 2015)
'If Finn Maison shouts jump you jump or you are dead.'
Twelve-year-old Willem has Aspergers Syndrome and two main aims in life: to fly and to make at least two friends of his own age. But all the other boys from the Beckham Estate do is make him jump off things. First his desk - and now the wall. As his toes teeter on the edge, Sasha Bradley gives him a tiny little wink. Might she become his friend?
Bullied by Finn and his gang the Beckham Estate Boyz, Willem has no choice but to jump. As he flies through the air he flaps his arms, wishing he could fly and escape into the clouds. Instead he comes crashing down and breaks his ankle.
Sasha, angry with herself for not stopping Finn and his Boyz, is determined to put things right. And soon, while the gangs riot on their estate, Willem and Sasha form an unlikely friendship. Because they share a secret. Sasha longs to fly too.
And when Magic Man Archie arrives with stories of war-flying spitfires, he will change the lives of the kids on the Beckham Estate for ever. And perhaps find a way for Willem and Sasha to fly ...
Touching on themes such as friendship and bullying, this is a charming tale about overcoming obstacles and finding friendship in unlikely places.
By Mr Ripley's Enchanted Books on February 26, 2015