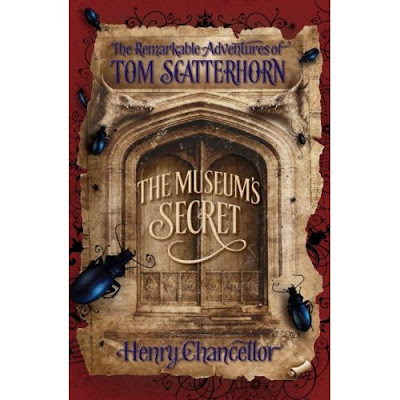 From time to time Mrs Ripley is going to review some of my Favorite books of 2008.
I love the feeling when some one else loves a book as much as you do!!

I began my adventure with Tom Scatterhorn from a free chapter sampler I managed to acquire from a local bookshop I frequent. After several pages I was hooked and by the time I reached the end I knew that my literary appetite was not satisfied. After hunting high and low through Mr Vincent’s prized proof copies; finally I fell upon the missing chapters. Due to a busy workload I was unable to finish this book in one sitting but had time allowed I could have easily managed it. Instead over several nights I wrestled with heavy eyelids to devour just one more page, then one more sentence and finally just one more word. I really enjoyed the composition of the story; time travel and the unusual theme of taxidermy. The twist at the end jolted me back to the beginning prologue involving Tom’s father and his experience with beetles. Which through the main section was not mentioned and totally slipped my mind. I liked the sudden realisation and effect that it left with me. I will be recommending this book and would easily give it a four out of five. Until next time Tom Scattehorn; I look forward to meeting again.

When Tom Scatterhorn's eccentric father disappears to the Far East in search of rare beetles, closely followed by his mother, Tom is left to spend Christmas with his uncle and aunt, keepers of the weird and wonderful Scatterhorn Museum. But don’t get too excited – because it's a dusty, dingy place, full of tatty stuffed animals and rickety cases of junk. Nobody really wants to visit it anymore, and it looks as if its days are numbered.

But when Tom comes to live there, he finds more to the museum than meets the eye. The animals may be ragged and moth-eaten but they have an incredible secret – a secret that originated when the stuffed animals were first made, a hundred years earlier. And then Tom discovers he can go right back to the time of their making. . . .

In an exciting adventure that threads in and out of time, from an Edwardian ice fair to the wastes of Mongolia to the jungles of India, Tom discovers that there is far more at stake than the fate of the museum. . . .