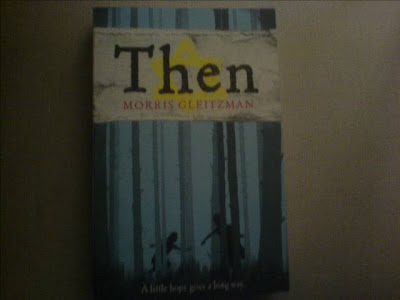 I was nervous about reviewing this book due to the success and adulation of The Book Thief and The Boy in the Striped Pyjamas. Would it come close to these great modern books emotionally and yet with a different interpretation? I was assured by the publisher that it would and so I undertook the reading task. The style was very different to the above two books even though the story was told through the eyes of a young boy. The short intense sentences held a powerful story which was harrowing and strong. It told the difficulties of the time well whilst explaining the adults and children’s instincts for survival. As well as having inspirational heroic characters with great moral beliefs. The twist at the end came as a surprise and left a choked feeling within. This book is compelling reading and one to have on the list.

we ran for our lives, me and Zelda, up a hillside as fast as we could.
Which wasn’t very fast.
Not even with me holding Zelda’s hand and helping her up the slope.
You know how when you and two friends jump off a train that’s going to a Nazi death camp and you nearly knock yourself unconscious but you manage not to and your glasses don’t even get broken but your friend Chaya isn’t so lucky and she gets killed so you bury her under some ferns and wild flowers which takes a lot of strength and you haven’t got much energy left for running and climbing.

Morris Gleitzman was born in 1953 in Sleaford, Lincolnshire, England, and then moved south when he was two.
Then, in 1969, he emigrated to Australia. It was a big change. The heat, the flies and the completely different tinned meats. The shock was so great he stopped reading books for nearly a year. When he started again he found he wanted to write as well. That's when he fell in love with writing books. Since then he's written another 27. And he discovered that telling stories involves filling blank pages in more ways than one.