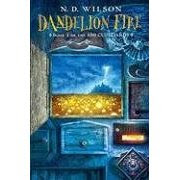 On a September evening in 1931, John and Jack, two of the Caretakers of the Imaginarium Geographica, discover a cryptic warning on a medieval manuscript -- which is not only addressed to them but seems to have been written by their friend, Hugo Dyson! But before they can discover the origin of the strange book, Hugo walks through a door in time -- and vanishes into the past.

And in that moment, the world begins to change.

The only hope to restore the proper order of things lies on a forgotten island at the edge of the Archipelago, where a time travel device left by Jules Verne must be used to race through history itself -- from the Bronze Age to ancient Alexandria and the founding of the Silver Throne -- in one night. And in that single night, John and Jack will find that the only way to save their friend and stop the chaos destroying the world is to solve a 2,000-year-old mystery: Who is the Cartographer?


A boy named Happenstance wakes up, confused and frightened, with no memory of his past. Soon a mysterious trio arrives to take him away -- including the extraordinary Lord Umber: a merchant, explorer, inventor, and chronicler of all things monstrous and magical. This begins a dazzling adventure in a world filled with frightening and majestic creatures, strange and wonderful places, new friends and terrible foes. As the boy tries to unravel the mystery of his own origin, he also begins to wonder: Who is this Umber? What is the secret he's desperately trying to keep? And what is the destiny he's planned for Happenstance?

Henry York never dreamed his time in Kansas would open a door to adventure—much less a hundred doors. But a visit to his aunt and uncle’s farm took an amazing turn when cupboard doors, hidden behind Henry’s bedroom wall, revealed themselves to be portals to other worlds. Now, with his time at the farm drawing to a close, Henry makes a bold decision—he must go through the cupboards to find the truth about where he’s from and who his parents are. Following that trail will take him from one world to another, and ultimately into direct conflict with the evil of Endor.
By Mr Ripley's Enchanted Books on December 17, 2008