Michael Buckley - National Espionage,Rescue and Defense Society Books to Watch out for. 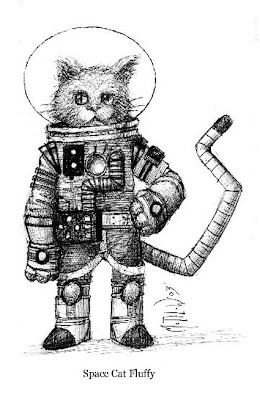 More great books making the deals and Highlights for 2009-2010


Michael Buckley's high-concept YA series, N.E.R.D.S. The acronym--it stands for National Espionage, Rescue and Defense Society--refers to five awkward kids who run an underground spy ring out of their middle school. The book deal which will encompass five books are to be published by Amulet some time in Sept 2009. Michael Buckley, who wrote the Sisters Grimm series, has peppered the work with whimsical touches--the kids access their secret lair through a portal in their lockers-- which will translate well to screen;the books also have a "part James Bond, part Goonies element to the story."

James Dashner - The Maze Runner
Another manuscript that's just begun making the rounds in U.S is the first title in James Dashner's YA fantasy series, The Maze Runner. The film rights to the book, about a teenager who wakes up in an alternate universe filled with other boys called The Glade--it's a large open space surrounded by a stone wall that ominously drops each morning and erects each night. With boys arriving every 30 days, the community is jolted when a girl is suddenly thrown into the mix. Reps from the Gotham Group said they's pitching the book as Lost meets Pan's Labyrinth.Three books so far in this great new sereis which should hit the shops sonme time in October this year.
Posted by Mr Ripley's Enchanted Books on February 21, 2009

The first book in the NERDS series will publish in September 2009, not April.

I did check the listings in the Amulet catlog. So I did think the release date was to early.