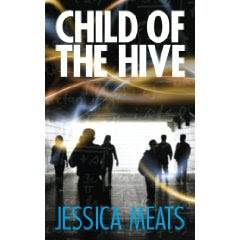 Close your eyes and turn off all your senses . . . . .  all you should see is the blackest of black, even blacker than you thought possible, with voices (so many voices) all different, yet saying the same things. But your mind is telling you a thousand other things that you can't take in . . . . . what kind of place would you be in?
This book is a really interesting, debut Sci-Fi Fantasy teenage book which has been written incredibly well. It covers a great concept - if we ever get to the point where technology is developed to think for itself and function on its own, what would happen within this world for better or for worse. The action, which is on-going within the story develops the readers thinking all the way through the book. The characters are very well constructed and help to create the pace and build up within the middle section of the story. But then the story slows down somewhat to establish a gentler ending, which I thought perhaps needed more action and punch, like the start of the book. I found the general style of writing refreshing in its use of vivid and detailed description. I really connected to this book; its thought process and deployment of characters. I intend to read it again as I got a lot of out of it, and I don't say that everyday.
I give this book four out of five, as I would have liked some aspects of the story to have been sequenced slightly differently, in order to give maximum impact.

Will is different... 'special'. He's a genius at maths and even though he's still at school studying for his A levels, he lives on his own in a dingy, run-down bed-sit and has to work at night to support himself. But there's something more that sets him apart - something he has to keep hidden from everyone, even his friends. Otherwise, he risks blowing his cover or, worse, losing his life…

Sophie is 'special' too. Deep in the bowels of a secret government facility she spends her days colouring in seemingly unfathomable patterns on endless sheets of graph paper, never speaking a word. To those around her she seems like a simpleton, but little do they suspect that she, like them, is fighting a secret war - a war against the deadly organization known as the Hive.

Set in a Britain of the near future, Child of the Hive is both a tense sci-fi thriller and a gripping philosophical exploration of what it means to be human in a world of ever-increasing technological sophistication. An unputdownable read.

Jessica Meats grew up in Nottinghamshire and is a recent graduate in Mathematics and Computer Science from the University of York, where she was a regular contributor to a university creative arts magazine. Today she works as a Technology Specialist.
Posted by Mr Ripley's Enchanted Books on August 31, 2009