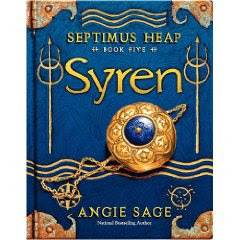 Some more great book titles to get your pulse racing. The next post will be paperbacks, picture books and novelty books for October.

A dragon story with a brilliant twist from multi award-winning writer, PHILIP REEVE. Ansel's new master slays dragons for a living. He says he's hunted the monstrous worms all over Christendom and has the scars to prove it. But is Brock just a clever trickster in shining armour? Ansel is sure there are no such things as dragons. So what ishe man-eating creature that makes its lair in the crags of Dragon Mountain? Ansel and Brock must climb the ice face to discover the terrifying truth.

Pastworld. A city within a city. A city for excursions and outings. Pastworld is a theme park with a difference, where travellers can travel back in time for a brush with an authentic Victorian past. But what if the Jack the Ripper figure stopped play-acting and really started killing people? For Caleb, a tourist from the present day, his visit goes terribly wrong when his father is kidnapped and he finds himself accused of murder. Then Caleb meets Eva Rose, a Pastworld inhabitant who has no idea the modern world exists. Both Caleb and Eva have roles to play in the murderer's diabolical plans - roles that reveal disturbing truths about their origins.


A boy is put on a train by his stepmother to make his first journey on his own. But soon that journey turns out to be more of a challenge than anyone could have imagined as the train stalls at the mouth of a tunnel and a mysterious woman in white helps the boy while away the hours by telling him stories - stories with a difference.

The headline in The Cackler is grim. Old Biddy Vicious, the Most Superior High and Wicked Witch and owner of the Black Wand of Ohh Please Don't Turn Me Into Aaaaarghhh - Ribbett is dead. But witches like their news on the dark side and there is great anticipation in the witching world. After all, there will need to be a new leader and a diabolical competition to find out who is to become the new Most Superior High and Wicked Witch. Esmeila Sniff fancies her chances, after all she is exceedingly wicked and has warts in all of the right places. As she and her surprisingly cheerful apprentice, Sam, set off to find three other witches to nominate her for the job, the meanest and the baddest witches in the world are hatching their own devious plan to become "The Wickedest Witch".

In the fifth book of this Magykal series, Septimus and his friends find themselves on an island whose secrets are as dark and dangerous as its inhabitants. Septimus Heap returns to the House of Foryx with Spit Fyre to pick up Jenna, Nicko, Snorri, and Beetle. But the journey home does not go well and when Septimus and his friends are caught in a storm, Spit Fyre crashes into the Rokk Lighthouse. They are rescued by the lighthouse keeper who is disturbingly sinister, and who has an equally sinister cat And all the while, Septimus is trying to fight the strange pull he's feeling to the island and its mysterious secrets.
Posted by Mr Ripley's Enchanted Books on August 17, 2009

Pastworld and No Such Things As Dragons both sound great!

No Such Things is a good fun read.
I really enjoyed reading it!

Ian Beck is another top author. I should get round to reading this book and doing a review this week some time.

Thanks for your comments!