On My Travels To Scotland And Back 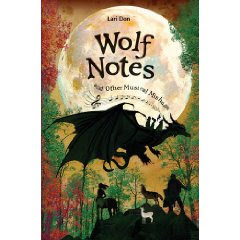 I have been very busy in the last few weeks, so I have had very little time to do any reading or to update this blog. It is at busy times like this that it would be great to have a helper. Anyway I took a visit to the Edinburgh book festival this last week and had a great time. Whilst there I had a look in the local section of the well-stocked festival bookshop and found some of the below titles which might take your fancy.

When one expects Vikings and barbarians and simply finds civilization, you'd expect to be underwhelmed. "Tarantula Tide" follows Jack as he finds himself vacationing in Shetland, a land with a history far more interesting than its present. When he meets Izzie, his vacation suddenly turns strange, as Jack's own private secrets may soon come to light. "Tarantula Tide" is a unique children's mystery, sure to please young adult readers.

Helen has won a place at a prestigious summer music school in remote north-western Scotland. But as she practises for a concert on Midsummer's Eve, her friends, the fabled beasts, prepare for battle - in the very forest where the young musicians are staying. When Yann the centaur arrives and warns Helen of impending danger, she is forced to cast her musical ambitions aside. Helen finds herself catapulted into a perilous quest, allied with fantastical creatures against a powerful enemy, the Faery Queen. She finds the mythical island of Tir nan Og, breaks the law and administers first aid to old friends and new ...but will it be enough to help her friends and save herself? This is the magical sequel to the bestselling "First Aid for Fairies and Other Fabled Beasts".

Sam Wilding - The Second Gateway: Book Two of the Denthan Series - Published by Olida Publishing 19 April 2009 ( Still need to track this book down!)

One year on, the zany villagers of Drumfintley are, yet again, all that stand between a peaceful world and certain disaster. When a whole new array of monsters and dark magic begin to emerge from the murky waters of Loch Echty all hell breaks loose. Beneath the Scottish loch, Mendel and James discover the submerged village of Fintley, a huge obelisk and a new crystal key. It is soon clear that they face a greater threat than ever before. In this, the second epic struggle to keep the Peck family together, some souls may be lost for good this time…

Will James, Craig and Bero still be able to save us all? Will Mendel, the wizard-goldfish, continue to outwit his oldest and greatest adversary? Will the second gateway take the villagers of Drumfintley on a one-way trip to catastrophe.

When Corrie's family returns to Uig Bay on the Isle of Lewis for yet another miserable summer holiday, he has no idea of the incredible adventure that lies ahead. He finds a strange figurine on a windswept beach, which looks very like the ancient chess pieces found there centuries ago ...but this one has a magician's staff. Corrie makes friends with local girl, Kat, who tells him the island's legends - of a terrible sea serpent who summoned up never-ending winter, and of a powerful magician who finally banished him. When Corrie hears a voice in the night and the strange little figure starts to glow, he finds himself drawn into an incredible battle between good and evil. Douglas Bruton's brilliant first novel tells a fictional story behind the famed Lewis chessmen, which date from the 12th century and were found in Uig Bay in the 1830s. This gripping fantasy adventure will have both boys and girls on the edge of their seats.
By Mr Ripley's Enchanted Books on August 25, 2009