Thanks to everyone who took time to vote and what a battle it was! This battle actually amounted in the most number of votes and entries for a bookcover, so far. I have now emailed the winner of the book competition, they're the lucky owner of a signed and lined Fever Crumb by Philip Reeve. I will send it out once I have the address details. 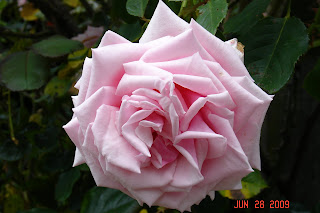 We now have four bookcover winners who willl do battle in the final, which will be Monday 2nd November. Good luck to the winners who are Steve Feasey - Changeling, Tracey & Kevin Morley  - Unravellers, David Whitley - The Midnight Charter (U.S cover) and the last bookcover winner, Jon Mayhew - Mortlock.
By Mr Ripley's Enchanted Books on October 25, 2009