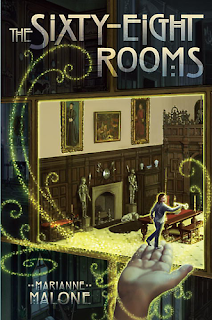 Marianne Malone - The Sixty-Eight Rooms - Published By Random House - Feb 23
Book Synopsis:
Almost everybody who has grown up in Chicago knows about the Thorne Rooms. Housed in the Children’s Galleries of the Chicago Art Institute, they are a collection of 68 exquisitely crafted miniature rooms made in the 1930s by Mrs. James Ward Thorne. Each of the 68 rooms is designed in the style of a different historic period, and every detail is perfect, from the knobs on the doors to the candles in the candlesticks. Some might even say, the rooms are magic.
Imagine—what if you discovered a key that allowed you to shrink so that you were small enough to sneak inside and explore the rooms’ secrets? What if you discovered that others had done so before you? And that someone had left something important behind?

Fans of Chasing Vermeer, The Doll People, and From the Mixed-Up Files of Mrs. Basil E. Frankweiler will be swept up in the magic of this exciting art adventure! 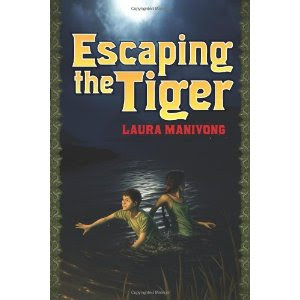 When you're so skinny people call you Skeleton Boy, how do you find strength for the fight of your life?
Twelve-year-old Vonlai knows that soldiers who guard the Mekong River shoot at anything that moves, but in oppressive Communist Laos, there's nothing left for him, his spirited sister, Dalah, and his desperate parents. Their only hope is a refugee camp in Thailand—on the other side of the river.
When they reach the camp, their struggles are far from over. Na Pho is a forgotten place where life consists of squalid huts, stifling heat, and rationed food. Still, Vonlai tries to carry on as if everything is normal. He pays attention in school, a dusty barrack overcrowded with kids too hungry to learn. And, to forget his empty stomach, he plays soccer in a field full of rocks. But when someone inside the camp threatens his family, Vonlai calls on a forbidden skill to protect their future—a future he's sure is full of promise, if only they can make it out of Na Pho alive 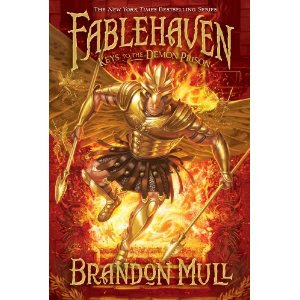 Brandon Mull -Fablehaven, Keys to the Demon Prison -Published By Shadow Mountain -23 March
Book Synopsis:
Since ancient times, the great demon prison Zzyzx has protected the world from the most dangerous servants of darkness, including Gorgrog, the Demon King. After centuries of plotting, the Sphinx is on the verge of recovering the five artifacts necessary to open the legendary prison. Facing the potential of a world-ending calamity, all friends of light must unite in a final effort to thwart the Sphinx s designs and find a safe home for the five artifacts. To this end, Kendra, Seth, and the Knights of the Dawn will venture far beyond the walls of Fablehaven to strange and exotic magical preserves across the globe, where the end of every quest becomes the beginning of another. In this explosive series finale, allegiances will be confirmed and secrets revealed as the forces of light and darkness collide in a desperate struggle to control the keys to the demon prison. 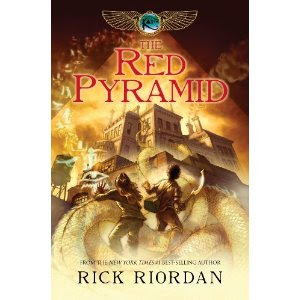 Rick Riordan - The Kane Chronicles:The Red Pyramid - Published By Hyperion Books - May 4
Book Synopsis:
Since their mother’s death, Carter and Sadie have become near strangers. While Sadie has lived with her grandparents in London, her brother has traveled the world with their father, the brilliant Egyptologist, Dr. Julius Kane.

One night, Dr. Kane brings the siblings together for a "research experiment" at the British Museum, where he hopes to set things right for his family. Instead, he unleashes the Egyptian god Set, who banishes him to oblivion and forces the children to flee for their lives.

Soon, Sadie and Carter discover that the gods of Egypt are waking, and the worst of them--Set--has his sights on the Kanes. To stop him, the siblings embark on a dangerous journey across the globe--a quest that brings them ever closer to the truth about their family, and their links to a secret order that has existed since the time of the pharaohs. 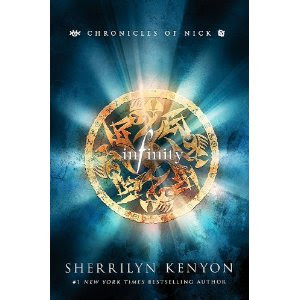 Sherrilyn Kenyon - Infinity:Chronicles of Nick - Published By St Martin's Griffin - June 8
Book Synopsis:
At fourteen, Nick Gautier thinks he knows everything about the world around him, until the night when his best friends try to kill him. Saved by a mysterious warrior who has more fighting skills than Chuck Norris, Nick is sucked into the realm of the Dark-Hunters: immortal vampire slayers who risk everything to save humanity. Nick quickly learns that the human world is only a veil for a much larger and more dangerous one. A world where the captain of the football team is a werewolf and the girl he has a crush on goes out at night to stake the undead. But before he can even learn the rules of this new world, his fellow students are turning into flesh eating zombies. And he’s next on the menu. Like starting high school isn’t hard enough. Now Nick has to hide his new friends from his mom, hide his chainsaw from the principal, and keep the zombies and the demon Simi from eating his brains, all without getting grounded or suspended! How in the world is he supposed to do that?