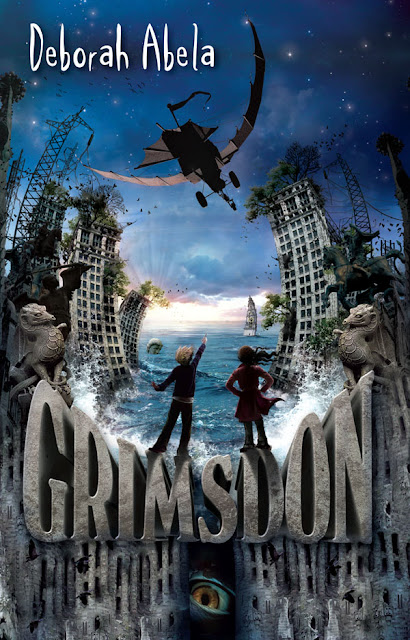 Book Synopsis:Grimsdon is in ruins. Three years ago a massive wave broke its barriers and the sea flooded this grand city. Most were saved, others were lost and some were left behind.
Isabella Charm and her best friend Griffin live with three other children in the top of an opulent mansion. They've survived with the help of Griffin's brilliant inventions, Isabella's survival skills and their vow to look after each other.
But what will happen when a thrill-seeking newcomer arrives in his flying machine? When bounty hunters attempt to capture them? When Byron P. Sneddon, the self-appointed protector of the flooded harbour, demands obedience?
What if the danger is even greater? Something they can't see coming - something below the floodwaters?
Random House Australia (Nov 1 2010)
By Mr Ripley's Enchanted Books on November 01, 2010

Email ThisBlogThis!Share to TwitterShare to FacebookShare to Pinterest
Labels: Austraila, Fantasy, Nov 2010, YA