You are now entering the book cover war zone for 2010.
For any follower of this site, this is the chance to become part of the weekly book cover wars. Each week we are going to select four book covers for you to vote for. The winner of each heat will then go forward to the final round and get a chance to be crowned as 'Mr Ripley's Enchanted Book Cover Winner 2010'.
We are now into the last heat. Heat three saw the best heat so far with well over 1000 Votes. After all four book covers getting over 200 Votes. The heat ending in a last minute battle featuring two HarperCollins authors Will Hill and Barry Hutchison. This heat was finally won By Barry which went down to the wire. So well done,you are now the winner of heat three. A big thanks to all the authors who got behind their own book cover and the enjoyable banter we had from you all. Thanks to you all for your votes that were made by those who happened to wander across my humble blog!
As a voter, not only will you get the chance to choose your favourite book cover but you will also be in with the chance to win a different signed book each week.
This weeks book we have to give away is a signed special edition copy of Michelle Paver's ' Dark Matter'. All you need to do is: 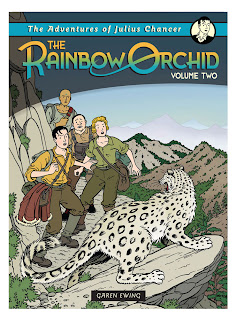 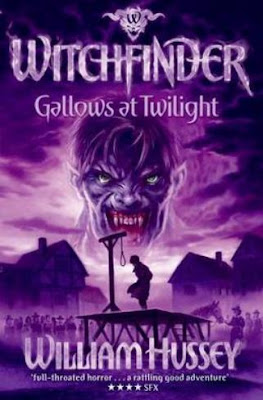 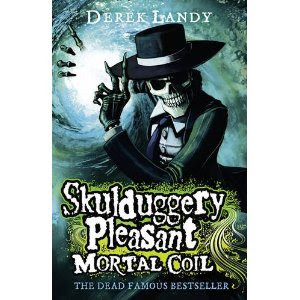 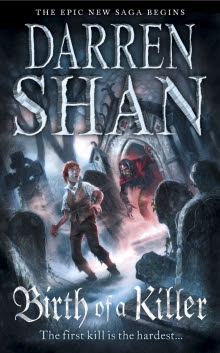 Huge fan of RO, and I love The Rainbow Orchid V2 cover!!!

Skullduggery pleasant is the bestter of the 4 but none of these 4 really grab me if I'm really honest :(

But don't let that stop you entering me for the book draw please ;)

I voted, but somehow I'm always in the minority. I guess I shouldn't be surprised, I've always been different...

You choose interesting covers, thanks for the contest.

This is the set I've liked least I think, Rainbow Orchid is easily my favourite though.

I'd Recommend Reading This said...

The Witchfinder covers are fantastic :) I'm an adult and I turn my Dawn of the Demontide cover over as I don't want it looking at me whilst I am sleeping!!

All the covers have appeal,but I go for cover 3,for creativity and intrigue

My son would love these books.I've voted.Please enter me into the competition

I've added my vote although I though they all looked pretty good.

I've added my vote but through they all looked pretty good.

I'm such a scaredy cat - all of these covers are a bit frightening - my teenage daughter loved them!

I love the Witchfinder cover. I've never read any but I'm going to be looking for the series now! Great competition!!!

I voted, and it appears my choice was least favorite - does that prove my wifes declaration that I have no taste?

I went for Mortal Coil. For me - it stands a mile above the rest.

I voted for the Skullduggery cover, I also really like the Darren Shan one :)
gemmamjl@yahoo.co.uk

They all look good x

Difficult choice but someone has to do it......lol

Seems my choice is a popular one. I'm not surprised...
"Birth of a Killer"

I really want the Michelle Paver book :D
It has to be Skullduggery for me. How I <3 the snarky skeleton detective :D

Added my vote, they are all quite good.

Rainbow Orchid for me - it's so retro!

Book 2 for mw on this poll!

I've voted, they all looked good in their own way though! :D

Had to be Darren Shan

Skullduggery pleasants the best one!

They all look an interesting read.

I voted for William Hussey - Gallows at Twilight, such a cool looking cover!

They are all fab but the Witchfinder is the most eye catching to me. Thanks for the chance to vote :)

Difficult choice between Skullduggery and Witchfinder In the end I chose Witchfinder - all that purple! Lovely

Have voted for Darren Shan. Love his books and can't wait to read this one :)

Darren Shan is maybe the most best fictional writer ever who inspired me to read. I Hope he wins cause he changed my life with his books. And Birth of a Killer is his best yet.