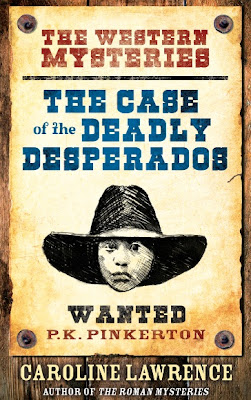 It's so fantastic to be asked by both the publishing companies and authors to host so many blog tours at the moment. However, today's great post is by the brilliant author Caroline Lawrence, who is particularly well-known for her popular Roman Mysteries.


Caroline is promoting her new series which is centred around a wild western detective theme. This story will have your heart in your mouth almost around ever corner and every page that you read.


I would like to both welcome and thank Caroline for writing such a great post. I have to say that I particularly like the first book cover option due to its appealing quality and the great use of colour.


Thanks to Nina at Orion for organising this blog tour. I hope you all have a great weekend. 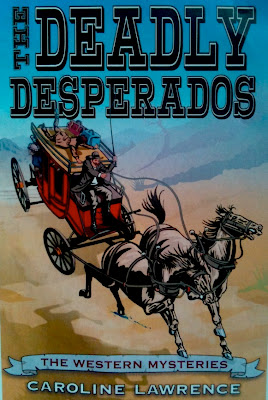 I definitely prefer the one you chose finally. The other one reminds me of old Western paperbacks.