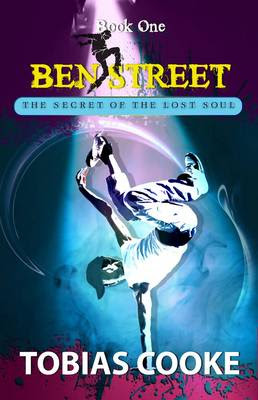 Ben Street The Secret of the Lost Soul


Ben Street, a talented twelve year old singer and dancer, arrives at the same school about sixty years later and the ghost of the murdered pupil tries to make desperate contact with him. Ben mysteriously starts acquiring strange kinetic powers and knows he must find out why. Hilarious supernatural situations in class and in school show rehearsals are the result!


The first in a new series of teen mystery books from Tobias Cooke is packed full of suspense and adventure. “I wanted to convey the contrasting lives of kids from poor and rich backgrounds. How activities like street dance can break down social barriers,” says the author.


“The ultimate purpose of the book is not only to encourage reading, but to generate sales and funds for a Philanthropic reason. If it can do well, over time I would like to set up a charitable foundation to help young people with the cost of university education,” adds Tobias.
Ben Street has already received praise from readers of all ages, who love the character’s mix of stage performance, humour, mischievousness and magic. The scene has been set for book two...
“I was taking Spielberg's advice in producing this by writing it initially for myself to enjoy. It is the book I would have chosen to read as a kid.” Tobias Cooke
Tobias Cooke has lived a real life mystery through his work as a criminal lawyer. Born in Oxford in 1961, he studied Law at Kingston University and completed his legal training in Sussex. Tobias spent a brief spell in Australia with his family, before returning home to Worthing to begin work on his first book. He already has a sequel planned for the Ben Street series.
By Mr Ripley's Enchanted Books on June 14, 2011