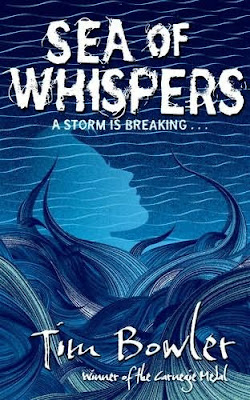 Tim Bowler - Sea of Whispers - Published By OUP -  3 JAN 2013
Somehow the boat was still afloat - another wave had lifted it clear of the first rock and was driving it further inshore. It bumped against the base of Crab Rock and skewed around, then tipped momentarily to starboard...and as it did so, she saw a figure crouching in the bottom.

Hetty's always been a bit of a loner, preferring to keep to the outer edges of the close-knit island community. But when a strange woman is washed up on the shore, Hetty finds herself under increasing scrutiny from the islanders. There's a connection between Hetty and the woman that makes people suspicious, so when death comes to the community the woman is branded a bad omen and Hetty has no choice but to take matters into her own hands.

As she heads out to sea, a storm is breaking and the whispers that she's heard before are louder than ever. Voices from the very depths of the sea . . . and they're calling her name. 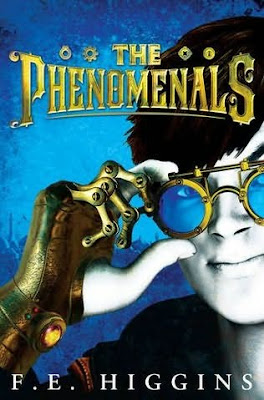 F E Higgins - The Phenomenals: A Tangle of Traitors - Published By Macmillan - 3 JAN 2013
A twisted adventure of intrigue, magic and superstition from the bestselling F. E. Higgins Don’t go down to the tar pits, children – for their shores are lined with the wretched wraiths of all the traitors and murderers who have drowned in its bubbling depths. In the shadows of this putrid place, an unlikely new alliance is being formed: they call them The Phenomenals, and only they can save us from a hideous fate that will befall the town if the wraiths escape their tarry shackles . . . Meet The Phenomenals: Citrine Capodel - heiress to a corrupt empire and framed for a murder she did not commit; Folly Harpelaine - a merciless destroyer of Lurids, who dabbles in the dark arts; Jonah Scrimshander - a deadly harpoonist, who has already cheated death, and Vincent Verdigris - light-fingered and even lighter on his feet. 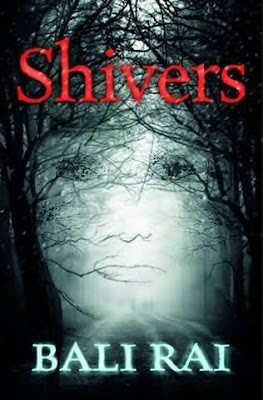 Bali Rai - Shivers - Published By Barrington Stoke - 1 JAN 2013
Meeting Cassie was the best moment of Sam's life. So why has everything fallen apart since? Can he really trust her at all? Terrifying ghost story. Sam hates life on the council estate - everyone knows why he and his mum had to move there and they won't let him forget it. When he meets the beautiful and mysterious Cassie he quickly falls head over heels. But when Sam's devotion starts to cloud his judgment and his life begins to spin out of control, he still can't seem to walk away. Will the truth about Cassie be more than he can bear? With a reading age of 8+ this is also suitable for reluctant, struggling and dyslexic teens. 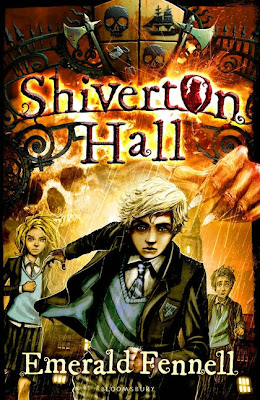 Emerald Fennell - Shiverton Hall - Published By - Bloomsbury - 3 JAN 2013
They slowed as they reached the gate; two stone columns, each with its own crumbling angel perched on top. The angels held up a rusty, wrought-iron arch that read, in curling, serpentine letters: SHIVERTON HALL. Arthur Bannister has been unexpectedly accepted into Shiverton Hall, which, as it turns out, is an incredibly spooky school, full of surprises. And it is just as well that Shiverton Hall has made its offer, because Arthur had a horrible time at his previous school, and was desperate to leave. Timely indeed . . . But Arthur has no time to worry about the strange coincidence. He is too busy trying to make head or tail of Shiverton Hall, dogged as it is by tales of curses and bad fortune. At least there are a few friendly faces: George, who shows him around; also Penny and Jake. But not all the faces are friendly. There are the bullying Forge triplets for starters. And then there is the acid tongue of the headmistress, Professor Long-Pitt, who seems to go out of her way to make Arthur's life a misery. Luckily Arthur has his new friends to cheer him up. Although there are some friends that you don't want to have at all, as Arthur is soon to find out. 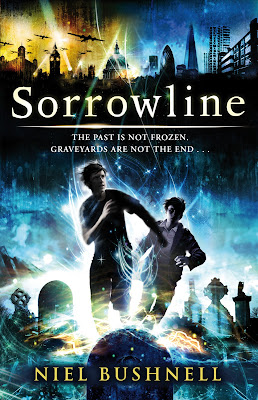 Niel Bushnell - Sorrowline ( The Timesmith Chronicles) - Andersen - 3 JAN 2013
Twelve-year-old Jack Morrow is used to life being complicated. His mother died five years ago, and his father is now headed for prison. But then Jack discovers he's a Yard Boy - someone with the ability to travel through Sorrowlines, the channels that connect every gravestone with the date of the person's death - and he is quickly pulled into an adventure beyond anything he could have possibly imagined.

Finding himself in 1940s war-torn London, with his then-teenage grandfather, Davey, Jack soon realises that his arrival in the past has not gone unnoticed. The evil forces of a secret world are determined to find him - and to find out all he knows.

As Jack struggles to survive, he comes ever closer to unlocking the dark secret at the heart of his family, and to - just maybe - changing his own destiny . . . 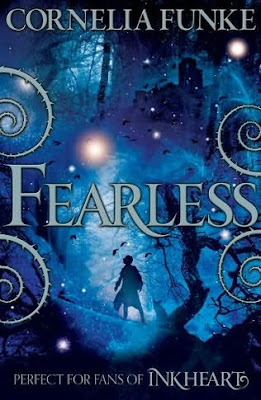 Cornelia Funke - Fearless (Reckless) - Chicken House - 7 JAN 2013
After saving his brother, Jacob Reckless faces death from the fairy's curse burning in his heart. In search of a cure he returns to the Mirrorworld, where he is reunited with Fox, a beautiful shape-shifting girl. He has one more chance: a golden crossbow, with the power to both save and destroy life, buried in a dead king' tomb beneath an invisible palace. Jacob must cross continents,ace monsters and men \- including a dangerous rival \- and learn what it means to stay alive.
Email Post
Labels: Good Reads Jan 2013 Mr Ripley's New Book Picks

Zac said…
Some fantastic books there! I'm really looking forward to Fearless, but the others all sound great too.
23 December 2012 at 22:32