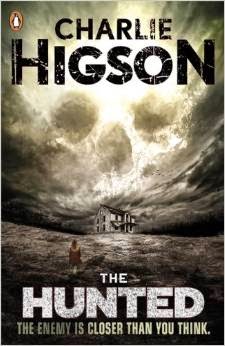 Charlie Higson - The Hunted (Enemy Book 6 ) - Published by Puffin (4 Sep 2014)
The Hunted is Charlie Higson's sixth terrifying installment in the thrilling The Enemy series
The sickness struck everyone over fourteen.
First it twisted their minds.
Next it ravaged their bodies.
Now they roam the streets -
Crazed and hungry
The others had promised that the countryside would be safer than the city. They were wrong. Now Ella's all-alone except for her silent rescuer, Scarface - and she's not even sure if he's a kid or a grown-up.
Back in London, Ed's determined to find her. But getting out of town's never been more dangerous- because coming in the other direction is every SICKO in the country. It's like they're being called towards the capital and nothing is going to stop them . . .
In the penultimate book in The Enemy series, the survivors' stories cross with chilling consequences. 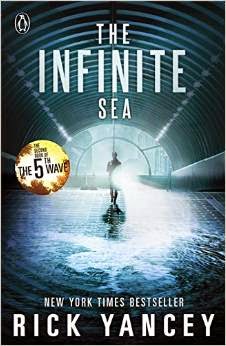 Rick Yancey - The 5th Wave: The Infinite Sea - Published by Penguin (6 Sep 2014)
The Infinite Sea is the hugely anticipated follow-up to the phenomenal - and bestselling - The 5th Wave by Carnegie-shortlisted Rick Yancey.
THE 1st WAVE: Took out half a million people.
THE 2nd WAVE: Put that number to shame.
THE 3rd WAVE: Lasted a little longer. Twelve weeks . . . Four billion dead.
IN THE 4th WAVE: You can't trust that people are still people.
AND THE 5th WAVE?
Surviving the first four waves was nearly impossible. Now Cassie Sullivan finds herself in a new world, a world in which the fundamental trust that binds us together is gone. As the 5th Wave rolls across the landscape, Cassie, Ben, and Ringer are forced to confront the Others' ultimate goal: the extermination of the human race.
Cassie and her friends haven't seen the depths to which the Others will sink, nor have the Others seen the heights to which humanity will rise, in the ultimate battle between life and death, hope and despair, love and hate. 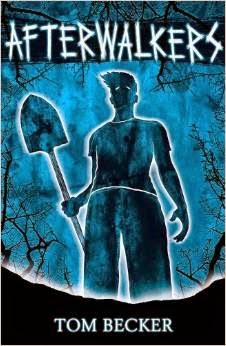 Tom Becker - Afterwalkers - Published by Scholastic Press (4 Sep 2014)
Grave robbery, murder and fear... For hundreds of years the people of Alderston have guarded a terrible secret. When Jamie's family receive a summons to do a mysterious job, they move into a house that looks over the graveyard. Soon Jamie witnesses a series of strange visions and terrible attacks. He begins to suspect that the great iron cages placed on top of the graves are not there to keep robbers out, but to keep the dead in. A curse rests on the town. The undead are in charge, and somehow Jamie is the only hope. 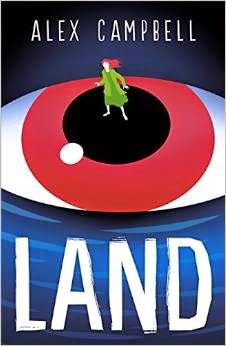 Alex Campbell - Land - Published by Hot Key Books - ( 4 Sep 2014)
The sea rose. Civilisation was wiped out, countries drowned. Out of the ashes of a desperate refugee camp, a new society was born, with a new place to call home: Land. Trapped by an aggressive sea, its citizens were bound to rules that saw the weak removed, marriage and children by approval only, and designated work for all. All for the greater good...Decades later, and seventeen-year-old Christy's life is on the cusp of irrevocable change. She has become eligible for The Pairing, a carefully selected marriage of political and social convenience where romance is out of the question. Her grandmother, Cons, has also reached a significant age - sixty-six: soon the Selection Truck will arrive to take her away forever. Christy's only hope for protection lies with her errant rebel father ...but nothing goes as it's supposed to. As Christy finds a Pairing which might offer a new opportunity for love and security she also uncovers a destiny that has been hidden from her; truths that have been disguised as childhood lies. With Cons' life under threat, Christy is forced to face a whole new world, one where she must choose between those she cares about and the greater good. A new life where she must play the reluctant rebel, revolutionary, lover ...and assassin.
By Mr Ripley's Enchanted Books on August 20, 2014

I had completely forgotten that The Infinite Sea was out next month! Buzz!