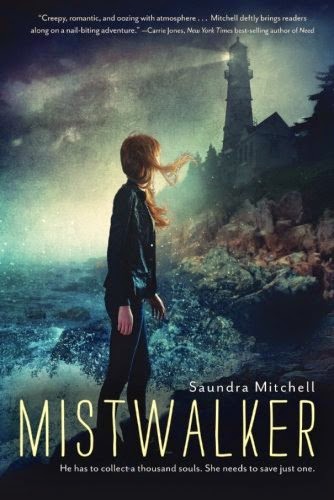 Saundra Mitchell - Mistwalker - Published by HMH Books for Young Readers (May 12, 2015)
When Willa Dixon's brother dies on the family lobster boat, her father forbids Willa from stepping foot on deck again. With her family suffering, she’ll do anything to help out—even visit the Grey Man. Everyone in her small Maine town knows of this legendary spirit who haunts the lighthouse, controlling the fog and the fate of any vessel within his reach. But what Willa finds in the lighthouse isn’t a spirit at all, but a young man trapped inside until he collects one thousand souls. Desperate to escape his cursed existence, Grey tries to seduce Willa to take his place. With her life on land in shambles, will she sacrifice herself? 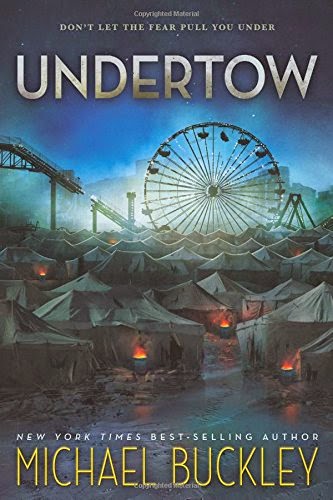 Michael Buckley - Undertow - Published by HMH Books for Young Readers (May 5, 2015)
Sixteen-year-old Lyric Walker’s life is forever changed when she witnesses the arrival of 30,000 Alpha, a five-nation race of ocean-dwelling warriors, on her beach in Coney Island. The world’s initial wonder and awe over the Alpha quickly turns ugly and paranoid and violent, and Lyric’s small town transforms into a military zone with humans on one side and Alpha on the other. When Lyric is recruited to help the crown prince, a boy named Fathom, assimilate, she begins to fall for him. But their love is a dangerous one, and there are forces on both sides working to keep them apart. Only, what if the Alpha are not actually the enemy? What if they are in fact humanity’s best chance for survival? Because the real enemy is coming. And it’s more terrifying than anything the world has ever seen. 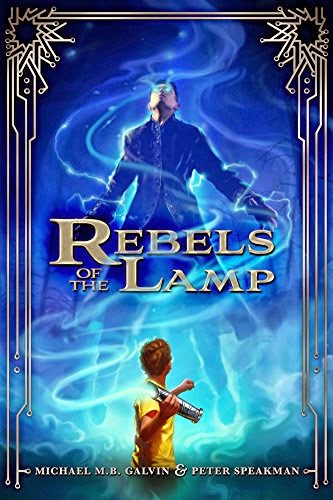 Michael Galvin & Peter Speakman - Rebels of the Lamp - Published by Disney-Hyperion (May 12, 2015)
Life is a blast when you have your very own genie. But when Parker Quarry is shipped from sunny Los Angeles to live with relatives in a quiet New Hampshire college town and releases a 2,000 year-old jinn from an ancient canister "borrowed" from the university building where his uncle works, the biggest blasts comes from the millennia old power struggle he reignites. Now it is up to Parker, his mild-mannered cousin, Theo, and their wiz-kid classmate, Reese, to stop a battalion of battle-ready jinn from re-starting an all-out war one with humanity in the crosshairs. 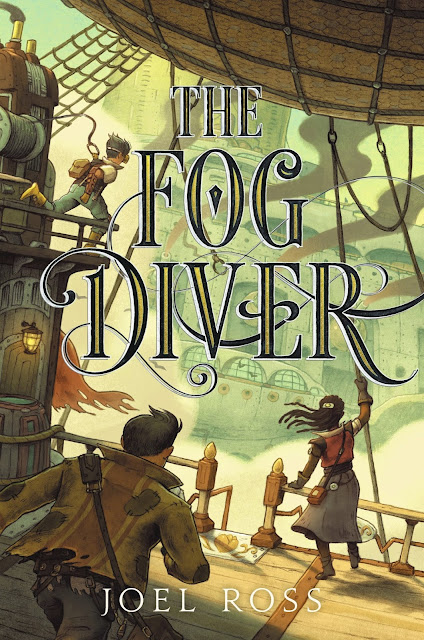 Joel Ross - The Fog Diver - Published by HarperCollins (May 26, 2015)
Joel Ross debuts a thrilling adventure series in which living in the sky is the new reality and a few determined slum kids just might become heroes. Perfect for fans of Rick Riordan and Brandon Mull, this fantasy is filled with daring and hope and a wonderfully imaginative world.
Once the Fog started rising, the earth was covered with a deadly white mist until nothing remained but the mountaintops. Now humanity clings to its highest peaks, called the Rooftop, where the wealthy Five Families rule over the lower slopes and floating junkyards.
Thirteen-year-old Chess and his friends Hazel, Bea, and Swedish sail their rickety air raft over the deadly Fog, scavenging the ruins for anything they can sell to survive. But now survival isn't enough. They must risk everything to get to the miraculous city of Port Oro, the only place where their beloved Mrs. E can be cured of fogsickness. Yet the ruthless Lord Kodoc is hot on their trail, for Chess has a precious secret, one that Kodoc is desperate to use against him. Now Chess will face any danger to protect his friends, even if it means confronting what he fears the most.
By Mr Ripley's Enchanted Books on May 13, 2015