Mr Ripley's Enchanted Books: #1 - Brian Wells - The League and the Lantern - Recommended Children's US Book - May 2016 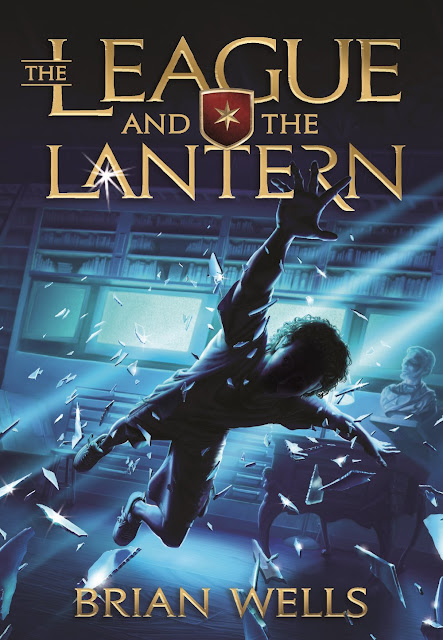 AFTER A DISASTROUS SIXTH GRADE, Jake Herndon is anxiously awaiting his Big Do-Over, starting with his new school's notorious seventh grade sleepover. Awkward team-building games and forced fun quickly become the least of his problems, however, when a dangerous organization invades and the night takes a shocking turn. Jake and two new classmates, Lucy and TJ, barely escape, only to find themselves in a fight for survival on the streets of Chicago. Over the next 48 hours they unravel a mystery dating back to the Civil War and an incredible secret about Jake s family.

Full of unforgettable characters and unexpected twists, The League and the Lantern is a jaw-dropping ride of mind-bending revelations and laugh-out-loud humor. If Jake and his new friends can make it through this weekend, they just might have a shot at seventh grade.
In this debut novel, family television executive producer and dad Brian Wells has created an epic, rip-roaring comedy adventure that s also about courage, family and friendship. The result is an engaging mix of great characters, crackling wit and unexpected twists that 9- to 14-year-olds, entertainment executives and family groups are applauding.
Wells works from the belief that great entertainment is driven by memorable characters and imaginative writing, and it shows. The League and The Lantern delivers all of this and more without objectionable language or inappropriate themes. Throw in a plot that traces back to real historical figures and you ve got what some are calling Percy Jackson meets National Treasure.
As an extra bonus, the book also invisibly weaves in 140 of the top vocabulary words for middle grade pupils.