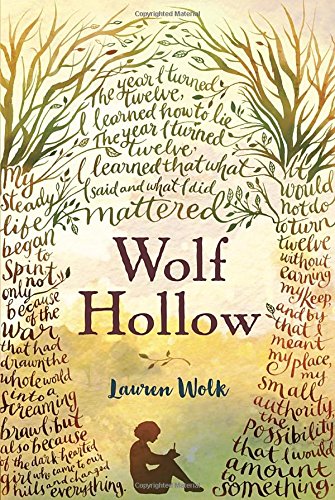 Growing up in the shadows cast by two world wars, Annabelle has lived a mostly quiet, steady life in her small Pennsylvania town. Until the day new student Betty Glengarry walks into her class. Betty quickly reveals herself to be cruel and manipulative, and while her bullying seems isolated at first, things quickly escalate, and reclusive World War I veteran Toby becomes a target of her attacks. While others have always seen Toby’s strangeness, Annabelle knows only kindness. She will soon need to find the courage to stand as a lone voice of justice as tensions mount.Brilliantly crafted, Wolf Hollow is a haunting tale of America at a crossroads and a time when one girl’s resilience and strength help to illuminate the darkest corners of our history.“The honesty of Wolf Hollow will just about shred your heart, but Annabelle’s courage and compassion will restore it to you, fuller than before. This book matters.” —Sara Pennypacker, New York Times bestselling author of Pax“An evocative setting, memorable characters, a searing story: Wolf Hollow has stayed with me long after I closed the book. It has the feel of an instant classic." —Linda Sue Park, Newbery Medalist and New York Times bestselling author. 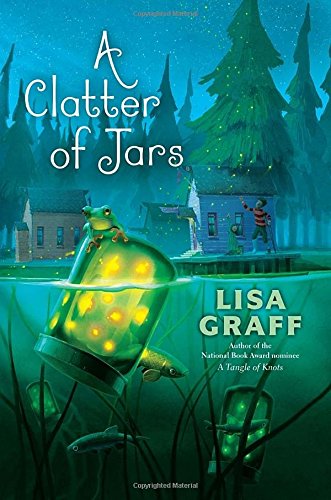 One of the finest novelists of her generation, National Book Award nominee Lisa Graff returns readers to the world of A Tangle of Knots, where a camp for Talented kids just might be a recipe for disaster.
In this magical companion to the National Book Award nominee A Tangle of Knots, it's summertime and everyone is heading off to camp. For Talented kids, the place to be is Camp Atropos, where they can sing songs by the campfire, practice for the Talent show, and take some nice long dips in the lake. But what the kids don't know is that they've been gathered for a reason--one that the camp's director wants to keep hidden at all costs. 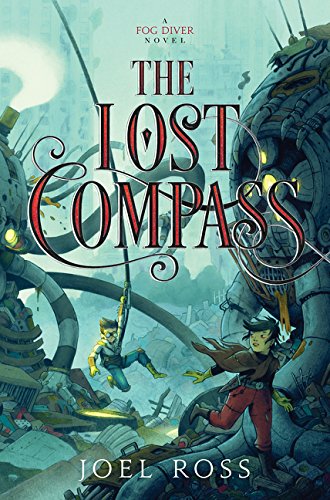 Joel Ross - The Lost Compass (Fog Diver) - Published by HarperCollins Children's (May 24, 2016) - Age 8+
In the high-stakes sequel to The Fog Diver, a Texas Bluebonnet selection, thirteen-year-old Chess and his crew must stop the deadly and mysterious Fog from enveloping the city of Port Oro and destroying their world.
Chess and his crew—Hazel, Swedish, Loretta, and Bea—may have escaped the slums, but they cannot escape the Fog that threatens to swallow the entire mountaintop city of Port Oro. Only one thing can stop the Fog: an ancient machine known as the Compass. And only one person can find it: Chess. With the help of his crew, Chess faces dangerous encounters and deadly driftsharks to unearth the hidden instrument. It’s a race against time to save this sanctuary in the sky.
With adventure at every turn, peril behind every corner, and a few determined slumkids who must save the day, Joel Ross presents a fantastic world in this fast-paced follow-up to The Fog Diver. 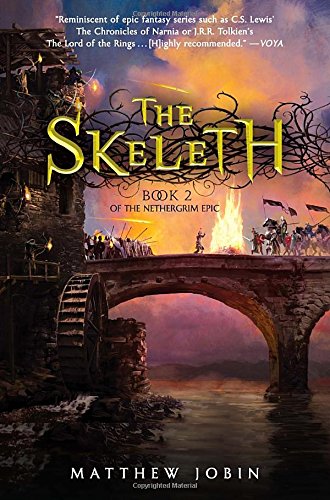 Discover for yourself why reviewers are comparing The Nethergrim to Lord of the Rings, Narnia, and Ranger's Apprentice! The next great epic fantasy is here . . .

For the lords of the north, land is power. The Nethergrim, now awoken and free to wreak its evil upon the world, offers the promise of victory to those ruthless enough to accept its foul bargain. One ambitious lord, eager for the chance to conquer and rule, succumbs to temptation and helps to free the Skeleth—eerie, otherworldly beings said to be unstoppable in battle. The Skeleth merge with the bodies of their victims, ruling their minds and turning them into remorseless killers. Worse yet, to kill the man inside the Skeleth only frees it to seize a new host, starting a cycle of violence that has no end.

Such chilling tales are not enough to stop young Edmund, innkeeper’s son and would-be wizard, from seeking for a way to turn back the oncoming tide of destruction. Along with his best friends—Katherine the trainer of war-horses and Tom the runaway slave—Edmund searches for a magical weakness in the Skeleth, something that might allow him to break their never-ending curse. The three friends join with the legendary hero Tristan in a battle of courage, wisdom, wits, and sacrifice to stop the Skeleth from ravaging their homeland and all they hold dear.

This adventurous tale that marries earthly greed to otherworldly evil is perfect for fans who enjoy the epic worlds of John Flanagan's Ranger’s Apprentice, Robert Jordan's The Wheel of Time, J.R.R. Tolkien's The Lord of the Rings, and George R.R. Martin's Game of Thrones. Discover for yourself why so many are making the comparisons!