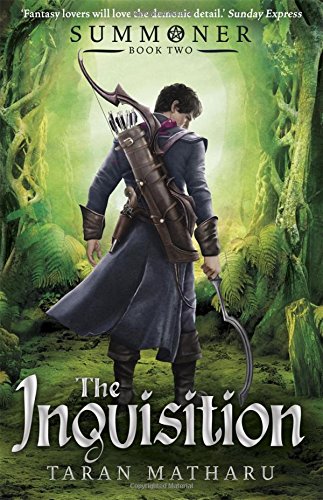 More demons, epic battles, and fights to the death: introducing the unmissable next instalment in the Summoner Trilogy...
On trial for a crime he did not commit, Fletcher must face the Inquisition who will decide his future - the process is gruelling, lead by those who will do anything to see him suffer and haunted by ghosts from the past with clues to Fletcher's tragic origins.
But Fletcher has little time to dwell on these new revelations when the king announces a deadly challenge to the graduating students at Vocans. One that involves entering Orc territory to complete a risky mission. With loyal demons by their sides, commoners and nobles, dwarves and elves must overcome barriers of class and race and work together to triumph. The reward: a fortune in gold, the safety of an empire and PEACE.
With the entire empire watching, Fletcher has much to prove, but there are those out to get him and it soon becomes clear that there's a traitor in their midst, trying to thwart the mission and create unrest within the Empire.
With everything stacked against him, Fletcher must use everything in his power to fight his way to victory. 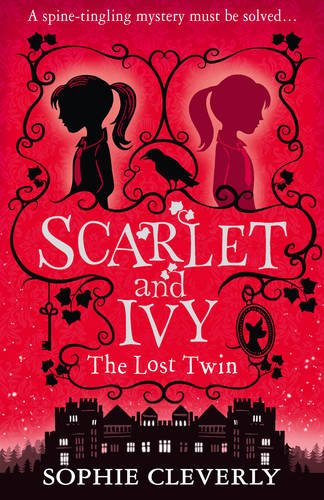 This is the story of how I became my sister…
A spine-tingling mystery set in a creepily atmospheric boarding school. Ivy must uncover the secrets behind her twin sister Scarlet’s disappearance before it’s too late.
When troublesome Scarlet mysteriously disappears from Rookwood School, terrifying Miss Fox invites her quiet twin sister Ivy to ‘take her place’.
Ivy reluctantly agrees in the hopes of finding out what happened to her missing sister. For only at Rookwood will Ivy be able to unlock the secrets of Scarlet’s disappearance, through a scattered trail of diary pages carefully hidden all over the school.
Can Ivy solve the mystery before Miss Fox suspects? Or before an even greater danger presents itself? 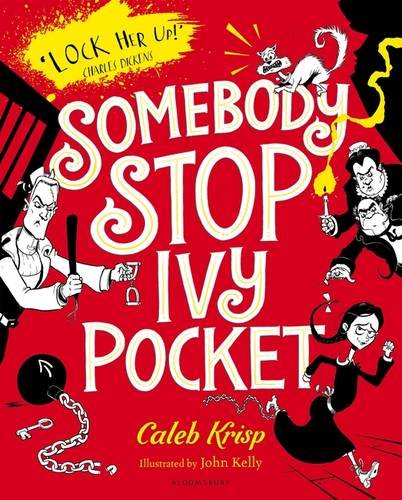 Ivy is now the beloved daughter of Ezra and Mother Snagbsy, coffin makers, even if she does have to work rather like a maid. Their trade is roaring, and Ivy is as happy as a pig in clover. Especially when she escapes to the library to talk to the devastatingly sympathetic Miss Carnage.
But then Ivy guesses that all is not as it seems with her new parents, and discovers that she can pass into the world of the Clock Diamond. There, she sees her friend Rebecca, horribly sad and desperate.
Can Ivy save Rebecca, and what do a missing aristocrat, a forbidden love affair and a bullfrog have to do with her mission?
Illustrated in humorous gothic detail by John Kelly, Somebody Stop Ivy Pocket is the second tale in Ivy's deadly comic journey to discover who she really is ... Perfect for fans of Lemony Snicket. 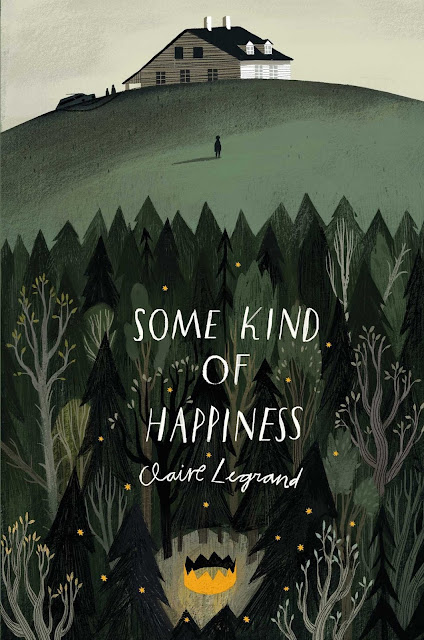 Reality and fantasy collide in this heartfelt and mysterious novel for fans of "Counting by 7s" and "Bridge to Terabithia," about a girl who must save a magical make-believe world in order to save herself.
Things Finley Hart doesn t want to talk about:
-Her parents, who are having problems. (But they pretend like they re not.)

-Being sent to her grandparents house for the summer.

-Her blue days when life feels overwhelming, and it s hard to keep her head up. (This happens a lot.)

Finley s only retreat is the Everwood, a forest kingdom that exists in the pages of her notebook. Until she discovers the endless woods behind her grandparents house and realizes the Everwood is "real" and holds more mysteries than she d ever imagined, including a family of pirates that she isn t allowed to talk to, trees covered in ash, and a strange old wizard living in a house made of bones.
With the help of her cousins, Finley sets out on a mission to save the dying Everwood and uncover its secrets. But as the mysteries pile up and the frightening sadness inside her grows, Finley realizes that if she wants to save the Everwood, she ll first have to save herself."
By Mr Ripley's Enchanted Books on May 04, 2016