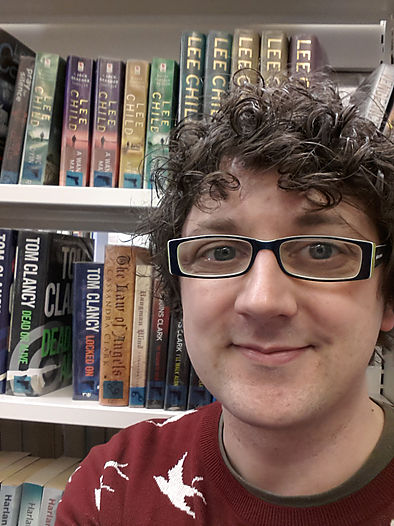 Tell us about your self?

Oh golly - thats a bit like a job interview isn’t it! Well when I’m not busy writing I spend the rest of my time surrounded by books in libraries across Cambridgeshire (and they pay me to do that!)  or walking my dog. I really don’t have much more time for anything else besides that at the moment. Also I’m quite tall and I have curly hair. I’m terrible at spelling, I love tea. My favourite colour is blue and I wanted to be a dalmatian when i was about 8 years old! (after reading 101 Dalmatians by Dodie Smith)

Who would love reading The Apprentice Witch, and why?

I really hope everyone will love The Apprentice Witch, even though I wrote it just for children it’s quite alright for some grown ups to want to read it as well I think.
I really wanted to write a book full of magic and characters that have fun adventures and do brave things even when they are scared. Those were the types of books I loved as a child, like the Narnia books. Reading about other children being brave made me feel braver - as i was a terrible scaredy cat as a child (and i still am a little bit  - especially if it involves siders!!!)
I hope readers will fall in love with the world and with the cast of characters that are in the book. I hope its a place readers will want to escape to - even with the scary bits!

Describe the dreary town of Lull from a witches eye?

Lull looks like its going to be quite dull and boring at first glance, despite its closeness to the Great Wood which is full of wondrous magical creatures. Very few people ever go beyond the edge of the wood and so Lull just sort of gets on with being a bit sleepy and quiet and tucked out of the way. It doesn’t look like its going to be much excitement for an eager young witch! But we all know appearances can be deceptive . . .

We all need a hero! Tell us about your protagonist(s)?

Well the main hero is Arianwyn Gribble who is a young witch. She’s quite ambitious and has only ever wanted to be a witch like her mother and her grandmother. But she has a terrible secret that she can’t share with anyone and at the very beginning of the book this secret sets off a chain of events that leads her on a slightly different path than the one she imagined for herself. She’s a kind and thoughtful person, but she has a set back and that knocks her confidence quite a lot. She has to use her skill as well as her own personal reserves and nature to overcome everything that is thrown at her.

What did you learn from writing your debut book that will help you to write future books?

That it’s easier (for me!) to write my very first draft in long hand with a pencil in lots of notebooks!
I would just sit and stare blankly at the computer screen for ages, type a line then delete it. (then cry a bit)  But actually physically writing it all down felt much easier in a way and I knew nobody was ever going to read the notebooks and I don’t edit what I write there it's just to tell the bare basics of the story.
Also its good to have a plan rather than to stumble about aimlessly - I thought a plan would make it too rigid and not leave space for creativity but I got into such a muddle without a plan! So an outline is good to have and find whatever works for you to get the first draft down - hand-written or typed it doesn’t really matter - just write!

How important are stories to you? What do you like to read?

So important - I’ve been in love with stories forever. I was a bit of a reluctant reader as a young child but I could see the potential of all the stories in the school library and I wanted to be part of that. I love the way you can become totally lost in stories to the point it becomes physically impossible to put the book down.
I love reading fiction mainly but I also enjoy biography and memoir - anything thats a really interesting tale really. I’m a massive Emma Carroll fan and I am rationing myself on her books at the moment as I’m tempted to just read them all in one go! I really enjoyed the Jonathan Stroud ‘Lockwood & Co’  series - just brilliant! And I’m currently reading The Girl of Ink & Stars by fellow chicken house author Kiran Millwood Hargrave. I am also a massive Alice Hoffman fan and love her books for adults, teens and children, she’s an amazing writer.

What made you want to start writing, not just reading?

I think it’s the ultimate game of make believe isn’t it? As the story teller you are entirely in control of the world you are creating, you speak the words of the characters, you decide what the sky looks like and which way the wind blows and that has always appealed to me as someone with possibly to much imagination for my own good! Writing was a way to carry on being allowed to play long past the point where we have abandoned our toys and are supposed to do grown up things - which quite frankly are horrendously tedious most of the time! ;)

Do you have a mentor for writing, and if so, how did you get that mentor?

I did have a mentor when I was working with The Golden Egg Academy and it was Bella Pearson from David Fickling Books. Bella was amazing and she just immediately got my story and me and was so clever in the way she worked with me, asking lots of questions - never telling me what to do or how to fix something so that it all came from me as a writer. She is amazing. Of course now I get to work with an awesome team of editors at Chicken House as well and that’s just an incredible experience as well. Editors are the best!

If you found a time travel machine where would you go and what would you do?

I don’t think i’d want to go too far back as I’d be worried I’d get sat on by a dinosaur or catch the plague or something daft like that. I’d like to go back to the time my Great Grandfather was alive and find out more about him as he was a bit of an enigma!

Last question, what five things would you take on a desert Island and why?

Pencils and notebooks, a never ending supply of midget gems, my dog (Bonnie!)  and a copy of Rebecca by Daphne Du Maurier as I could read that book a million times and never grow tired of it. 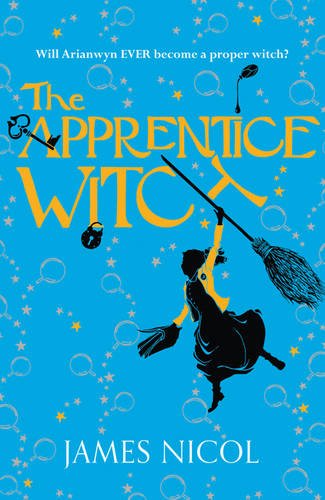 The Apprentice Witch by James Nicol is a debut children’s fantasy novel full of adventure, mystery, magic and witches. Here is Mr Ripley's Book Review Here.
Published by Chicken House on 7th July 2016.
You can also find out more about James and his debut book on his website:
http://www.jamesnicolbooks.com

Thanks for reading, I hope you enjoyed this brilliant post!