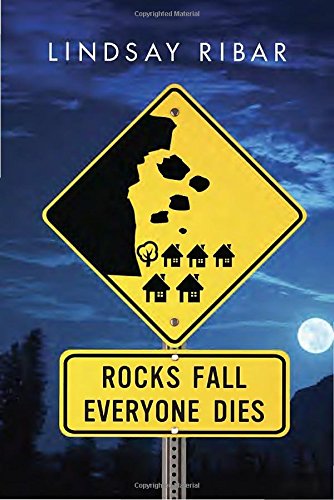 Lindsay Ribar - Rocks Fall Everyone Dies - Published by Kathy Dawson Books (June 7, 2016)
A paranormal suspense novel about a boy who can reach inside people and steal their innermost things—fears, memories, scars, even love—and his family's secret ritual that for centuries has kept the cliff above their small town from collapsing.
Aspen Quick has never really worried about how he's affecting people when he steals from them. But this summer he'll discover just how strong the Quick family magic is—and how far they'll go to keep their secrets safe.
With a smart, arrogant protagonist, a sinister family tradition, and an ending you won't see coming, this is a fast-paced, twisty story about power, addiction, and deciding what kind of person you want to be, in a family that has the ability to control everything you are. 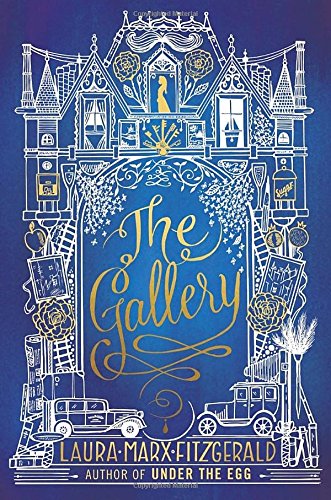 Laura Marx Fitzgearld - The Gallery - Published by Dial Books (June 14, 2016)
A riveting historical art mystery for fans of Chasing Vermeer and The Westing Game, set in the Roaring Twenties!
It's 1929, and twelve-year-old Martha has no choice but to work as a maid in the New York City mansion of the wealthy Sewell family. But, despite the Gatsby-like parties and trimmings of success, she suspects something might be deeply wrong in the household—specifically with Rose Sewell, the formerly vivacious lady of the house who now refuses to leave her room. The other servants say Rose is crazy, but scrappy, strong-willed Martha thinks there’s more to the story—and that the paintings in the Sewell’s gallery contain a hidden message detailing the truth. But in a house filled with secrets, nothing is quite what it seems, and no one is who they say. Can Martha follow the clues, decipher the code, and solve the mystery of what’s really going on with Rose Sewell?
Inspired by true events described in a fascinating author’s note, The Gallery is a 1920s caper told with humor and spunk that readers today will love. 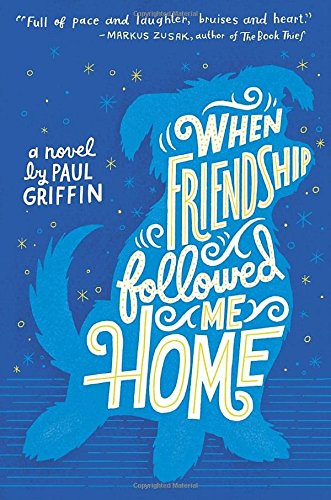 Paul Griffin - When Friendship Followed Me Home - Published by Dial Books (June 7, 2016)
A boy’s chance encounter with a scruffy dog leads to an unforgettable friendship in this deeply moving story about life, loss, and the meaning of family

Ben Coffin has never been one for making friends. As a former foster kid, he knows people can up and leave without so much as a goodbye. Ben prefers to spend his time with the characters in his favorite sci-fi books…until he rescues an abandoned mutt from the ally next-door to the Coney Island Library.

Scruffy little Flip leads Ben to befriend a fellow book-lover named Halley—yes, like the comet—a girl unlike anyone he has ever met. Ben begins thinking of her as “Rainbow Girl” because of her crazy-colored clothes and her laugh, pure magic, the kind that makes you smile away the stormiest day.

Rainbow Girl convinces Ben to write a novel with her.  But as their story unfolds Ben’s life begins to unravel, and Ben must discover for himself the truth about friendship and the meaning of home.
Paul Griffin’s breathtaking middle-grade debut will warm your heart as much as it breaks it with a story about two unforgettable kids standing at the crossroads of happiness and loss. 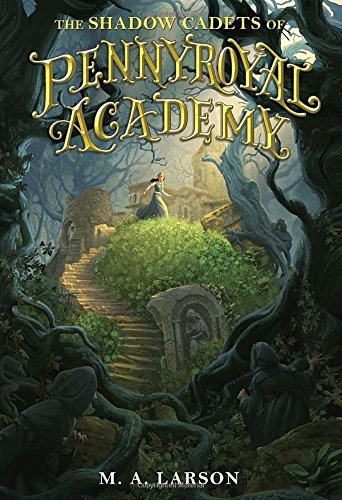 M . A . Larson - The Shadow Cadets of Pennyroyal Academy - Published by G.P. Putnam's Sons Books for Young Readers (June 14, 2016)
Perfect for fans of The School for Good and Evil comes the eagerly anticipated follow-up to M. A. Larson's Pennyroyal Academy, hailed by the New York Times as a "breathtakingly exciting novel" with a heroine who "deserves a special place in a new pantheon of capable, feisty and, yes, admirable literary princesses."
A triumphant victory over the witches has proven that Princess Cadet Evie really does belong at Pennyroyal Academy. News of her heroism has traveled far and wide—inspiring a kingdom of grateful citizens and, when the new term starts, a wave of fresh Academy recruits.

While it’s good to be returning to the Academy as a second-class Cadet, things are not as they should be. Evie witnesses the vicious attack of an innocent woman—by a trio of princesses. Pennyroyal’s Headmistress General, Princess Beatrice, is dubious about what Evie saw—princesses are enforcers of truth and justice, not thugs. But Evie isn’t so sure. Then, amidst piles of fan mail, she finds a letter with an ominous threat. A secret society has come out of the shadows with a wicked plan, putting the Academy in peril. It’s up to Evie and her friends to unravel the devious plot and save Pennyroyal Academy.

This sequel to the beloved, critically acclaimed Pennyroyal Academy promises middle-grade readers a tale full of adventure and suspense.