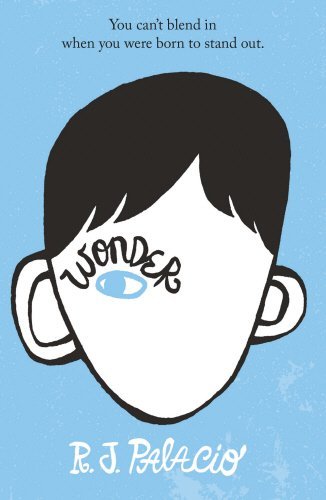 Friday, 10th June 2016: A new national survey carried out by YouGov and released today by Penguin Random House Children’s UK and The Diana Award reveals over 63% of Londoners have received a random act of kindness from a stranger over the past 12 months, making it the kindest region in Britain. London, often considered one of the loneliest places to live in the UK, came out on top of other regions in research released today to mark Kindness Day.
The survey, which was based on a representative sample of 2,060 adults in Great Britain between the ages of 18 and 55, shows that over the last twelve months, receiving a compliment (34%), directions when lost (20%), and strangers listening to problems (16%) were the most popular types of random act of kindness received by British adults.
A 'random act of kindness' was defined as a selfless and spontaneous act which one individual performs to a stranger, with the intention to help them in any way.
Kindness Day, now in its second year, was founded by Penguin Random House Children’s in partnership with The Diana Award in 2015. A nationwide campaign, Kindness Day encourages kindness in schools and was inspired by the internationally bestselling novel WONDER by R. J. Palacio, soon to be released by Lionsgate as a major film in April 2017 starring Julia Roberts.
Author R. J. Palacio commented: ‘The idea of having one day where everyone can take time to think about kindness and celebrate those who are kind is truly inspiring. Over the last few years I have been blown away by readers’ reactions to WONDER. Auggie’s story has been life-changing, not only for me but for millions of adults and children around the world who understand this really isn’t just a book about a kid with a facial anomaly: it’s a celebration of kindness.’
To support Kindness Day, Penguin Random House Children’s and The Diana Award Anti-Bullying Campaign launched a social media campaign kindness trail (#KindnessDay) asking users to vote for
the UK’s kindest person, school and celebrity.  The winners are today announced as: Kindest person: Jackie Costello. Jackie is 48 years old from Hanley in London. Not a day goes by when she doesn’t demonstrate kindness, whether it’s taking elderly and vulnerable people out for the day or inspiring children in schools.

Alex Holmes, Head of the Anti-Bullying Campaign, commented: ‘Whether you’re in a school, a workplace or out in the street- kindness is something we are all capable of. WONDER is an inspiring book that celebrates kindness and can help us realise that we can all do something to make someone’s day. We’re delighted to be shining a light on individuals and schools with our new Kindness Day Awards.  We hope they inspire everyone to choose kindness.’
The Diana Award has trained over 18,000 young people as Anti-Bullying Ambassadors who each day promote kindness throughout their school.   Supporters of Kindness Day include James McVey from the Vamps, Kodaline, Danny O’Carroll, and Jedward.
WONDER has been published as both an adult and children’s book and has sold in 38 territories across the world. It has sold almost 5 million copies worldwide and continues to be a #1 New York Times bestseller. This week Lionsgate announced the Wonder film will be released on 7th April 2017, starring Julia Roberts and rising star Jacob Tremblay.
Hollywood actress Julia Roberts said of the book: ‘I recently read WONDER, a young adult book that blew me away. I bought it for my eldest son, and ended up reading it myself. It gives you such a clear picture of people’s lives and misunderstandings… As a grown-up, I was reminded that there are ten sides to every story. But for a child, especially a boy, it’s nice to see different points of view.’
By Mr Ripley's Enchanted Books on June 10, 2016

Lovely post. It's heartwarming to hear that 63 percent of Londoners have experienced a spontaneous act of kindness in the last year; hopefully that statistic only keeps rising--spreading kindness is so important.
I've been seeing Wonder featured on various book sites lately, but I had no idea that they were making it into a movie. How interesting!