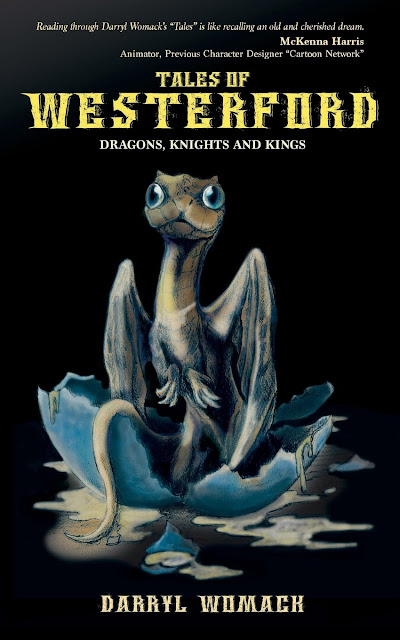 From deep within the ring of fire, burning logs, and smoldering ash, grows a tale of an adventurous boy and a magical discovery.
Nat is a young boy who lives with his family in Sutter, a small village in the Kingdom of Westerford. Like all children his age, Nat loves to play “knights” with his friends. He dreams of one day becoming a knight himself and serving the noble King Edgar. Nat’s other favorite activity is exploring the nearby forest where, one day, he, quite literally, stumbles upon a giant egg.
When the egg finally hatches, so does a series of events that leads to the fulfillment of Nat’s wildest dreams. This is the story of two young friends who take on adventures to save the kingdom. With his best friend, Danby, by his side what could possibly go wrong?
The Tales of Westerford: Dragons, Knights and Kings is a collection of stories born in the campfire tradition and meant to be shared aloud with family and friends. Watch as the flames come to life before the children’s eyes with the adventures of Nat and Danby and the Knights and Kings. 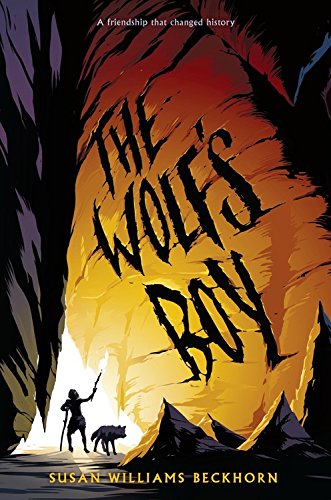 An outcast boy and a young wolf against an Ice Age winter . . .

Kai burns to become a hunter and to earn a rightful place among his people. But that can never be. He was born with a clubfoot. It is forbidden for him to use or even touch a hunter's sacred weapons.

Shunned by the other boys, Kai turns to his true friends, the yellow wolves, for companionship. They have not forgotten the young human they nurtured as an abandoned infant. When Kai discovers a motherless cub in the pack, he risks everything to save her, bringing her back to live with him.

But as winter draws near, Kai's wolf grows ever more threatening in the eyes of the People. When the worst happens, Kai knows that they must leave for good. Together, they embark on a journey into the north-a place of unimaginable danger-that tests the power of friendship and the will to survive.

Award-winning author Susan Williams Beckhorn delivers a powerful tale set in Paleolithic times. Inspired by modern discoveries, Susan's careful research creates a vivid picture of a time when the first wolves came to live with humans and forged a bond that lives on to this day. 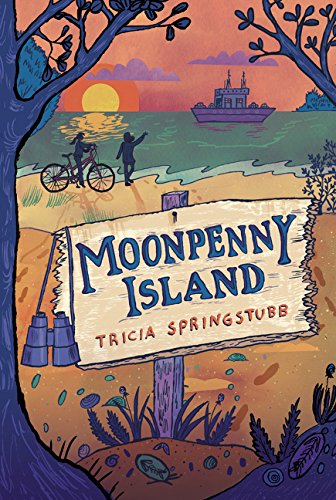 Readers of Kate DiCamillo and Sheila Turnage will love Moonpenny Island, a middle grade novel of friendship and secrets by the beloved and acclaimed Tricia Springstubb.
Moonpenny is a tiny island in a great lake. When the summer people leave and the ferries stop running, just the tried-and-true islanders are left behind. Flor and her best, her perfect friend, Sylvie, are the only eleven-year-olds for miles and miles—and Flor couldn’t be happier. But come the end of summer, unthinkable things begin to happen. Sylvie is suddenly, mysteriously, whisked away to school on the mainland. Flor’s mother leaves to take care of Flor’s sick grandmother and doesn’t come back. Her big sister has a secret, and Flor fears it’s a dangerous one.
Meanwhile, a geologist and his peculiar daughter arrive to excavate prehistoric trilobites, one of the first creatures to develop sight. Soon Flor is helping them. As her own ability to see her life on this little lump of limestone evolves, she faces truths about those she loves—and about herself—she never imagined. 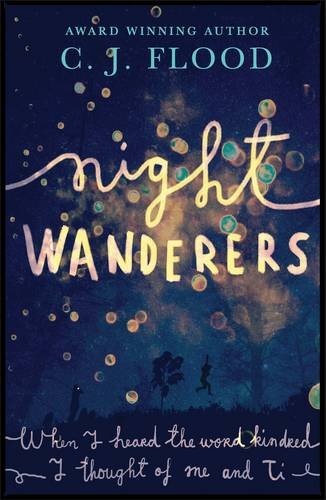 A stunning, sad and darkly funny story about intense female friendship, from award-winning author, C. J. Flood. It all started with a poo in a flowerbed. Rosie and Titania are as close as sisters - closer, in fact. While Rosie is shy, red-faced and passive, Ti is big, tough and daring. They shouldn't be friends, but they are. Creeping out at night, the girls love to secretly wander through their coastal town, exploring empty streets and sharing their frustrations about school and their different, but equally difficult, families. But when Rosie betrays Ti, the two girls run in different directions - making decisions that could do irreparable damage to both of their lives. As Rosie confronts harsh truths, she must find a way back to Ti, and to herself. Whenever I heard the word kindred, I thought of me and Ti.

Just read this amazing new YA fiction on Ganesha - Part 1 of the Temple Wars series - I think everyone should check it out! Temple Wars