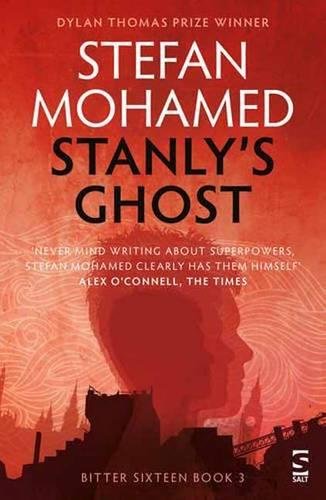 Cynical and solitary Stanly Bird used to be a fairly typical teenager – unless you count the fact that his best friend was a talking beagle named Daryl. Then came the superpowers and the superpowered allies as well as the mysterious enemies and the terrifying monsters.
Stanley's Ghost is book three in the Bitter Sixteen series, which hit the superpower charged world on the 15 March 2017, and is published by the mighty Salt Publishing. Get your capes on and follow us on a super powered fuelled journey of words and wisdom with the #STANLYSGHOST blog tour.


The UK blog tour has the first stop here with a cracking post by Stefan on writing with Superpowers.
One of the most common criticisms levelled at the character of Superman is that he’s just too powerful. He’s the strongest, the fastest, the eye laser-est, he’s functionally invulnerable – where’s the drama? There are only so many times you can have Lex Luthor trick him into eating Kryptonite porridge. Surely if a character can immediately overcome anything using his superpowers, it just sucks the tension and excitement from the story? This is also an oft-cited reason for why it’s so hard to write decent stories for the Man of Steel.


To be sure, introducing powers into a story, whether those are magical powers, Gamma radiation powers or solar-assisted eye laser powers, complicates things. While supernatural abilities open up whole new vistas of opportunity for creativity, they also create headaches. What are the rules? What are the limits? Are there limits? If there are, how do you define them without getting bogged down in minutiae, and how do you ensure that you don’t break your own rules? If there aren’t, how do you create tension? 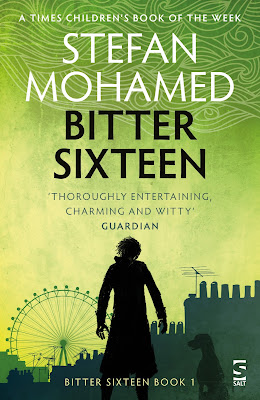 In Bitter Sixteen, the first book in my superhero trilogy, dysfunctional Welsh teenager Stanly is the recipient of superpowers on his sixteenth birthday, specifically the powers of flight and telekinesis. His progress through the story, mastering his new abilities and discovering their scope, is slow and bumpy. By the time of the newly released final installment, Stanly’s Ghost, his powers have grown to a fearsome level. Arguably, at this point, few could stand against him.
So how do you maintain drama with a protagonist that strong? Well, while the practical aspects of superpowers are of course important – a story needs to have internal consistency, especially when one is already asking readers to suspend their disbelief – they cannot be the be-all and end-all. There are only so many structural obstacles, i.e. the Kryptonite stopping Superman from doing the thing, that can be thrown up before our attention starts to wander. And while conflict between two superpowered people that is based purely on how much stronger one is than the other, and how much hotter one dude’s eye lasers are, can certainly be exciting and visceral and make for a stunning set piece, drama rooted in emotional conflict, moral dilemmas and thematic concerns is always going to be more compelling, and leave a more lasting impression. That, to me, is how you tell a good story with a superpowered, even overpowered protagonist – by making sure that it remains emotionally resonant.

So with this in mind, throughout the writing process, I always tried to focus on Stanly’s feelings. The question of what he can do with his powers, what he’s capable of, should always go hand-in-hand with the question of what he should be doing, whether he should push his powers to their limit or perhaps impose limits on himself. To me, someone deliberately limiting themselves for moral reasons is inherently more compelling than someone being limited by outside forces. Which problems can Stanly solve with his powers? Which problems should he solve? Which should he avoid? Who is an acceptable target? Who isn’t? If a character is torn about whether or not they should act, that immediately creates interest. Of course, someone who decides to crack on regardless, perhaps on dubious ethical grounds (see the juxtaposition of Buffy and Faith’s rather different approaches to their work in Buffy the Vampire Slayer) can also be compelling, but again it should be rooted in emotion and moral choices.

That being said, a story does still require external obstacles. As Stanly’s abilities have developed, the world around him has grown more complicated, and problems have arisen that can’t easily be solved with superpowers. In fact, when you stop to think about it, how many of the daily challenges we face could simply be solved with superpowers, without us having to in some way reject the moral consensus and laws that govern a civilised society? Yes, we could simply fly away from our problems, but that doesn’t solve them. Yes, we could choose to psychically punch everybody who gets in our way, but it’s kind of difficult to call ourselves ‘good’ if we do that. A straightforward smashy smashy monster fighting actioner is certainly worthwhile. I loves me some big set pieces and splash page action. But in order to be truly indelible, to touch us emotionally, to be one of those stories that remains a touchstone, the monster, and the powers used to defeat it, should mean more to us. The monster needs to be a consequence of something, a manifestation of something, a symptom of a bigger problem, an element of a larger question.

By all means, give your character huge, crazy powers. Good drama, good stories, can be found anywhere. Superman is not intrinsically compelling because he can punch asteroids. More interesting, surely, is the question of why he chooses to punch the asteroid.

What is at stake?
What will happen if he decides not to act?
What does he have to lose? 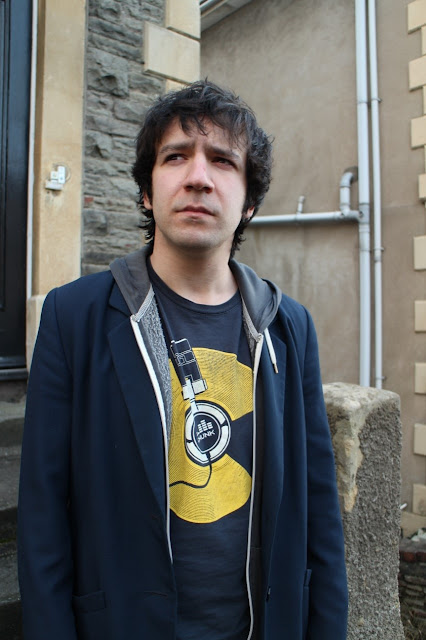 Stefan Mohamed is an author, poet and sometime journalist. He graduated
from Kingston University in 2010 with a first class degree in creative
writing and film studies, and later that year won the inaugural Sony
Reader Award, a category of the Dylan Thomas Prize, for his novel Bitter
Sixteen. He lives in Bristol.