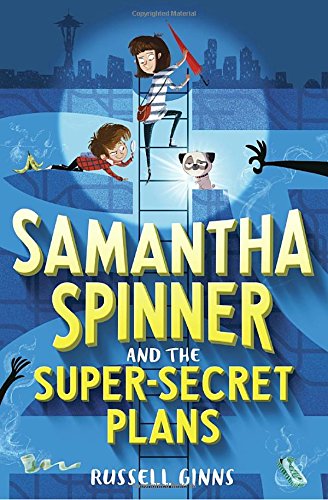 For fans of Mr. Lemoncello's Library and the Secret series, and classics like Holes and The Westing Game, the first book in a hilarious new series about a girl, her brother, and some super-big globe-trotting adventures.

Samantha Spinner's Uncle Paul disappeared, and here's what he left:
* Samantha's sister got a check for $2,400,000,000.
* Samantha's brother got the New York Yankees.
* And Samantha got a rusty red umbrella with a tag hanging off its worn handle. The tag says "Watch out for the RAIN."
Thanks a lot, Uncle Paul.
After all the strawberry waffles, stories, and puzzles they've shared, how could he just leave without saying goodbye? And what is the meaning of that mysterious message?
The answer is simple. Sam knows in her heart that Uncle Paul is in danger. And if he taught her anything, it's that not everything is exactly what it seems. Which is why we should pay close attention to that rusty red umbrella.
The RAIN is coming and Samantha Spinner is about to find herself mixed up in some super-important, super-dangerous, super-secret plans.
And don't miss what happens next to Samantha, Nipper, and Dennis in Samantha Spinner and the Spectacular Specs! 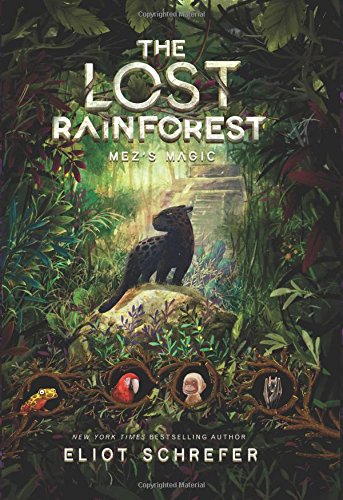 Caldera has forever been divided into the animals who walk by night and those who walk by day. Nightwalker panthers, like young Mez and her sister, have always feared daywalkers as creatures of myth and legend.
Then Mez discovers that she can enter the daylight world, and she rushes to discover what it means to cross the Veil—and the extent of her newly uncovered magical powers—before a reawakened evil threatens everything she’s ever known.
Now, with an unlikely group of animal friends—including a courageous bat, a scholarly tree frog, and an anxious monkey—Mez must unravel an ancient mystery and face her greatest fears, if they are to have any hope of saving their endangered rainforest home. 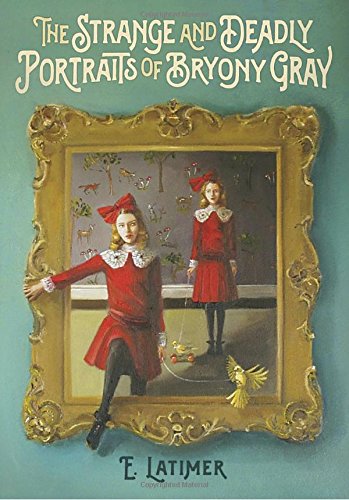 Lemony Snicket meets Oscar Wilde meets Edgar Allan Poe in this exciting and scary middle-grade novel inspired by The Picture of Dorian Gray -- a family curse is unleashed!
Bryony Gray is becoming famous as a painter in London art circles. But life isn't so grand. Her uncle keeps her locked in the attic, forcing her to paint for his rich clients . . . and now her paintings are taking on a life of their own, and customers are going missing under mysterious circumstances.
When her newest painting escapes the canvas and rampages through the streets of London, Bryony digs into her family history, discovering some rather scandalous secrets her uncle has been keeping, including a deadly curse she's inherited from her missing father. Bryony has accidentally unleashed the Gray family curse, and it's spreading fast.
With a little help from the strange-but-beautiful girl next door and her paranoid brother, Bryony sets out to break the curse, dodging bloodthirsty paintings, angry mobs and her wicked uncle along the way. 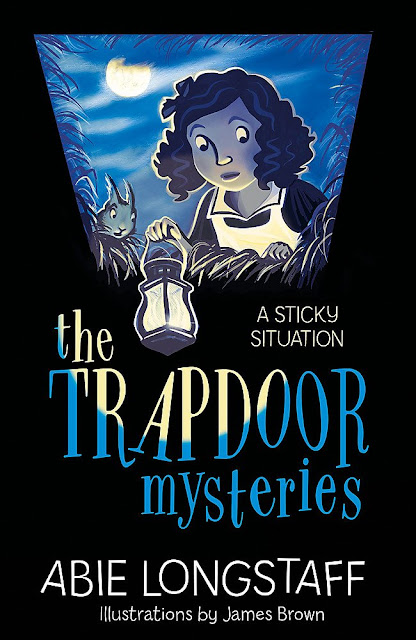 The first book in The Trapdoor Mysteries, a series about Tally, a code-breaking, animal-loving servant girl and her best friend, a squirrel named Squill, who solve mysteries with the help of a secret library...
Ten-year-old Tally is a servant girl at Mollett Manor. She sleeps in the scullery sink, and spends her days scrubbing, polishing and ironing (when she's not secretly reading books). Then Tally and her squirrel friend, Squill, find a secret library hidden under the manor - a magical library where the books come to life! When Mollett Manor is burgled, can Tally use the knowledge she finds in the books to catch the criminals? Can they even help her solve the mystery of her missing mother? 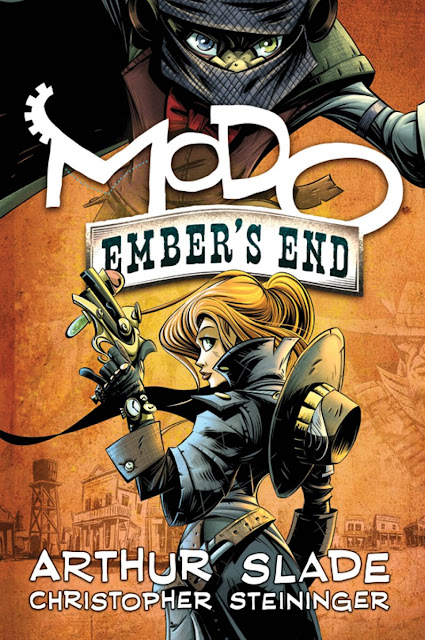 Modo, who first made his appearance in The Hunchback Assignments, is a young, disfigured spy trained to be the ultimate secret agent. Not only is Modo brilliant and strong, but he also has a special ability: he can temporarily take on the appearance of other people.
While on holiday, Modo and fellow spy Octavia Milkweed find themselves in Ember's End. Created by the slightly mad scientific genius Dr. Ebenezer Ember, this is no ordinary wild-west town. It is surrounded by an energy field that prevents gunpowder from firing, and messages are sent via pneumatic tubes. There are also rumors that before Dr. Ember died, he built a weapon so powerful it could end all wars. With the local sheriff recently deceased, the two travelers are suddenly put in charge of Ember's End law enforcement.
By Mr Ripley's Enchanted Books on February 12, 2018