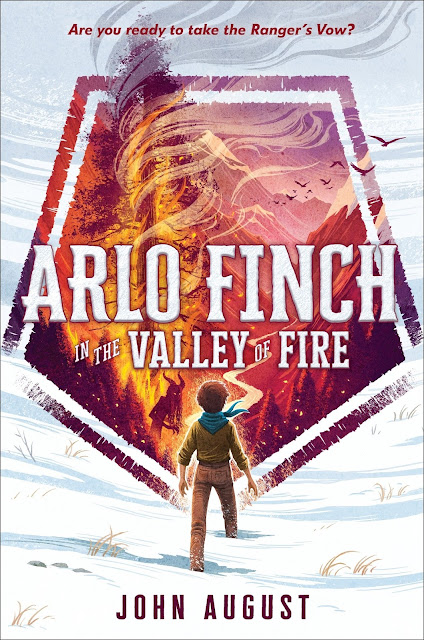 As Arlo looked around, the walls of his room began to vanish, revealing a moonlit forest. Only his bed remained, and the frame of his window, through which he saw the girl. The world on her side of the glass was sparkling with silver and gold, like a palace made of autumn leaves.
She looked off to her right. Someone was coming. Her words came in an urgent whisper: "If I can see you, they can see you . . . Be careful, Arlo Finch.”
Arlo Finch thought becoming a Ranger meant learning wilderness skills, like camping and knots. But upon arriving in the tiny town of Pine Mountain, Colorado, Arlo soon learns there's so much more. His new friends Indra and Wu teach him how to harness the wild magic seeping in from the mysterious Long Woods―a parallel realm of wonder and danger.
First he must master the basics, including snaplights, thunderclaps and identifying supernatural creatures. But Arlo Finch is no ordinary Ranger, and this is no ordinary time. A dark and ancient force is sending threats into the real world . . . our world.
Through perilous adventures and close calls, Arlo is awakened to his unique destiny―but the obstacles he faces will test the foundations of the Ranger's Vow: loyalty, bravery, kindness, and truth. 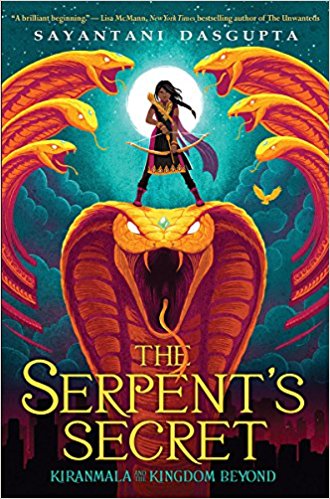 (Only she doesn't know it yet.)

On the morning of her twelfth birthday, Kiranmala is just a regular sixth grader living in Parsippany, New Jersey . . . until her parents mysteriously vanish and a drooling rakkhosh demon slams through her kitchen, determined to eat her alive. Turns out there might be some truth to her parents' fantastical stories-like how Kiranmala is a real Indian princess and how she comes from a secret place not of this world.

To complicate matters, two crush-worthy princes ring her doorbell, insisting they've come to rescue her. Suddenly, Kiran is swept into another dimension full of magic, winged horses, moving maps, and annoying, talking birds. There she must solve riddles and battle demons all while avoiding the Serpent King of the underworld and the Rakkhoshi Queen in order to find her parents and basically save New Jersey, her entire world, and everything beyond it . . . 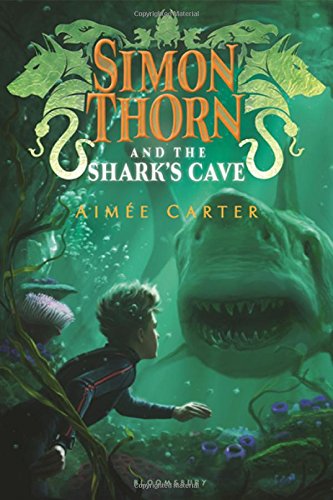 Simon Thorn has only recently discovered that he's an Animalgam, a member of a secret race of people who can shift into animals, and found a home where he truly belongs. But not everything is as good as it seems. Simon's evil grandfather, Orion, is bent on taking over the entire animal kingdom, and to do so, he'll need to gather the pieces of a terrible weapon--one that could shred the very foundations of the Animalgams' world. . . unless Simon can gather the pieces first.
So when Simon's dolphin Animalgam friend Jam is summoned home to the underwater kingdom's headquarters, Avalon, Simon sees it as an opportunity to secure another piece. But as soon as he and his friends arrive in Avalon, their search is complicated by Jam's strict family--and a potential traitor. Can they locate the piece before it falls into Orion's hands and puts the entire underwater kingdom at risk? 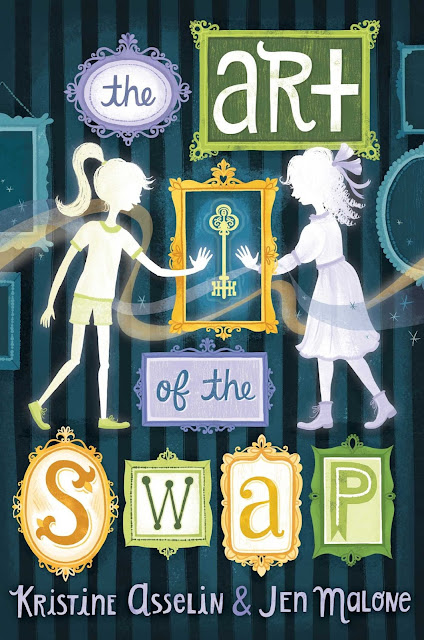 Freaky Friday meets Downton Abbey in this middle-grade mystery that features a modern-day twelve-year-old switching bodies with a Gilded Age heiress in order to solve a famous art heist.Hannah Jordan lives in a museum…well, sort of. She is the daughter of the caretaker for mansion-turned-museum The Elms in Newport, Rhode Island. Hannah’s captivated by stories of The Elms’s original occupants, especially Maggie Dunlap, the tween heiress subject of a painting that went missing during a legendary art heist in 1905.But when a mysterious mirror allows Hannah and Maggie to switch places in time, suddenly Hannah is racing to stop the heist from happening, while Maggie gets an introduction to iPhones, soccer (which girls can play!), and freedoms like exploring without supervision. Not to mention the best invention of all: sweatpants (so long, corsets!).As the hours tick off to the art heist, something’s not adding up. Can the girls work together against time—and across it—to set things right? Or will their temporary swap become a permanent trade?