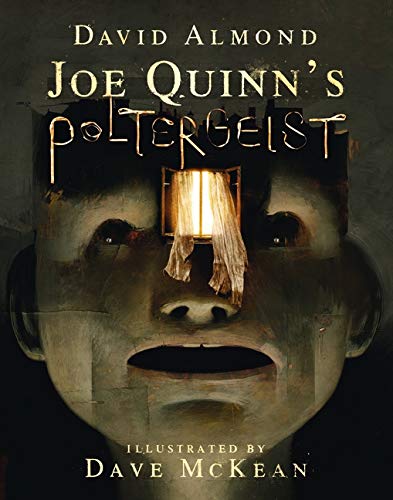 David Almond (Author), Dave McKean (Illustrator) - Joe Quinn's Poltergeist - Published by Walker Books (7 Mar. 2019) - ISBN-13: 978-1406363197 - Hardback
A dark, powerful and moving short story from the internationally acclaimed author of Skellig.
Joe Quinn tells everyone about the poltergeist in his house, but no one believes him. No one that is, except for Davey. He’s felt the inexplicable presence in the rooms, he’s seen random objects fly through the air. And there’s something else … a memory of his beloved sister, and a feeling deep down that somehow it might be possible for ghosts to exist. 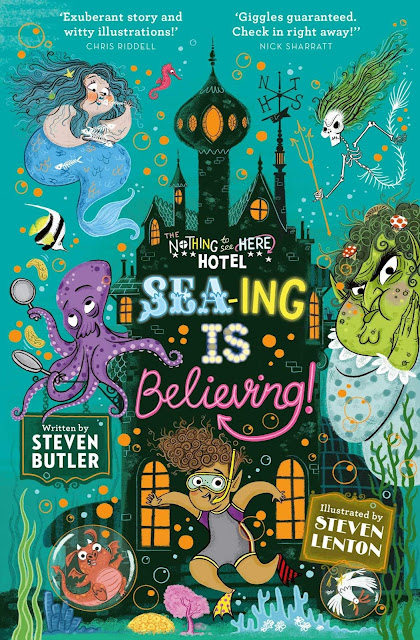 Welcome to The Nothing to See Here Hotel! A hotel for magical creatures run by Frankie Banister and his parents.Frankie Banister and his family are preparing to celebrate Grandad Abraham’s 175th birthday – an occasion that’s going to be even more HONKHUMPTIOUS now that Abe’s ghost has showed up! When the unexpected spook reveals a secret UNDERWATER wing of the hotel that’s been hidden away for years, the Banister’s decide there’s only one thing for it … a whopping welcome home bash in the spectacular BRINY BALLROOM. But memories aren’t the only things waiting at the bottom of the ocean. Secrets and sea monsters are lurking in the shadows, and is everything as it seems with Grandad Abraham’s ghost? Or is there something fishy going on? 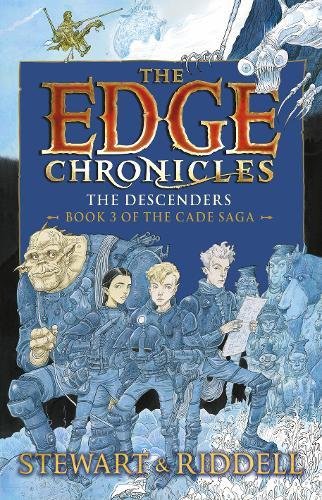 Paul Stewart (Author), Chris Riddell (Author) - The Edge Chronicles 13: The Descenders: Third Book of Cade - Published by Doubleday Children's (7 Mar. 2019) - Hardback
Cade Quarter has spent the last few years of his life running from an enemy he’s never even met – the ruthless and power-hungry High Professor of Flight, Quove Lentis. But Quove’s deadly agenda has finally caught up with Cade, and now he must leave his home and flee once more, this time to the legendary floating city of New Sanctaphrax. But even reuniting with his uncle, Nate Quarter, isn’t the end of Cade’s troubles – and now, more than ever, he must find the courage to defy his enemies, unite his friends, and unlock the secrets of descending.

The Descenders is the third and final book in the Cade trilogy - the fifth and final saga in Stewart and Riddell’s internationally bestselling series, The Edge Chronicles, which has featured on the Times and New York Times bestseller lists and sold more than 3 million copies. 2018 marks twenty years of the series, now complete with thirteen titles across five separate but interlinking sagas. 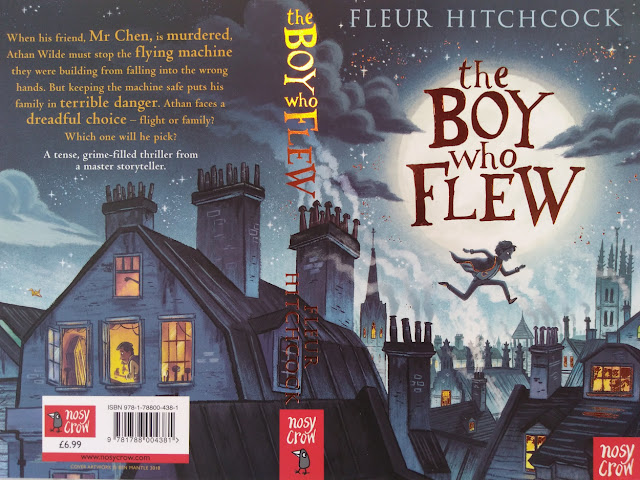 Athan Wilde dreams of flight. When his friend, Mr Chen, is murdered, Athan must rescue the flying machine they were building together and stop it falling into the wrong hands. But keeping the machine safe puts his family in terrible danger. What will Athan choose – flight or family?
From the acclaimed author of Murder In Midwinter, Fleur Hitchcock’s The Boy Who Flew is a thrilling, murderous tale set among the steep rooftops and slippery characters of Athan’s intricately imagined world. Perfect for fans of Philip Pullman, Peter Bunzl and Philip Reeve.
Here’s an exclusive early look inside the book: https://issuu.com/nosycrow/docs/repro_theboywhoflew_prelims_hi-res
Posted by Mr Ripley's Enchanted Books on February 27, 2019