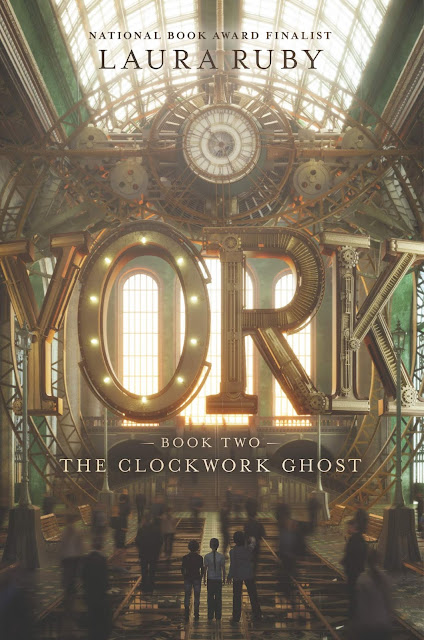 National Book Award finalist Laura Ruby returns with the middle chapter in her epic alternate-history adventure—a journey that will test Tess, Theo, and Jaime and change their lives forever.
It was only a few weeks ago that the Biedermann twins, Tess and Theo, along with their friend Jaime Cruz, followed the secrets of the Morningstarrs’ cipher further than anyone had in its century-and-a-half history—and destroyed their beloved home in the process.
But the Old York Cipher still isn’t solved. The demolition of 354 W. 73rd Street only revealed the next clue in the greatest mystery of the modern world, and if Tess, Theo, and Jaime want to discover what lies at the end of the puzzle laid into the buildings of New York by its brilliant, enigmatic architects, they will need to press on.
But doing so could prove even more dangerous than they know. It is clear that the Morningstarr twins marshaled all the strange technology they had spent their lives creating in the construction of the Cipher, and that technology has its own plans for those who pursue it.
It's also clear that Tess, Theo, and Jaime are not the only ones on the trail of the treasure. As enemies both known and unknown close in on them from all sides and the very foundations of the city seem to crumble around them, they will have to ask themselves how far they will go to change the unchangeable—and whether the price of knowing the secrets of the Morningstarrs is one they are willing to pay. 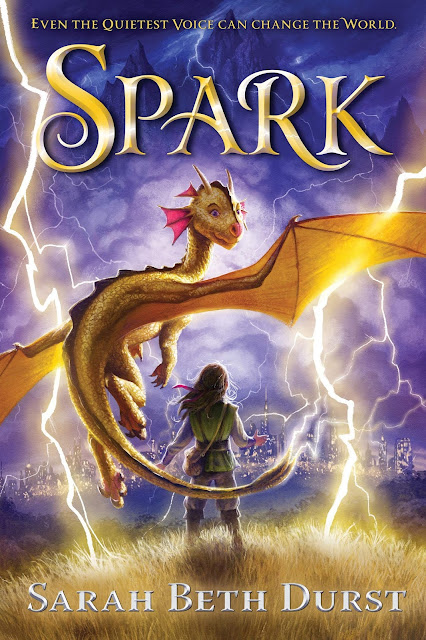 When a shy girl and her dragon-like companion discover their country’s idyllic weather comes at a steep—and secret—cost, they recruit fellow students to defy authority and attempt to spread the truth.

Storm beasts and their guardians create perfect weather every day, and Mina longs for a storm beast of her own. But when the gentle girl bonds with a lightning beast—a creature of fire and chaos—everyone’s certain it’s a mistake. Everyone but Mina and the beast himself, Pixit. Quickly enrolled in lightning school, Mina struggles to master a guardian’s skills, and she discovers that her country's weather comes at a devastating cost—a cost powerful people wish to hide. Mina’s never been the type to speak out, but someone has to tell the truth, and, with Pixit’s help, she resolves to find a way to be heard. 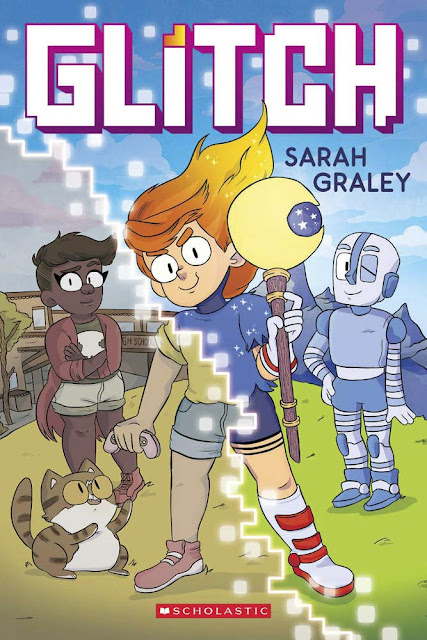 From comics rising star Sarah Graley, a fresh and funny middle-grade graphic novel featuring a girl who must save a virtual world... and her own!
Izzy has an incredible secret -- she can enter the world of her new video game! She meets Rae, a robot who says Izzy is destined to save Dungeon City from the Big Boss. How is this possible?! And how can she fight for this virtual world when she's got a whole reallife to keep up with: her family (though she could do without her mom's annoying cat), and her best friend, Eric. Things get even weirder when Izzy loses a life while inside the game, and she starts to worry about what might happen if she gets a Game Over for good. Meanwhile, Eric has been super upset with Izzy since she's been keeping secrets and bailing on their plans. Can Izzy survive Dungeon City and save their friendship? 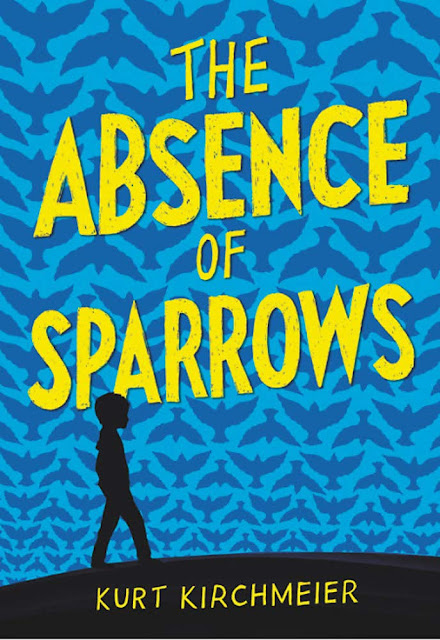 Stranger Things meets Alfred Hitchcock in this haunting coming-of-age novel about a plague that brings the world to a halt, and one boy's belief that his town's missing sparrows can save his family.

In the small town of Griever's Mill, eleven-year-old Ben Cameron is expecting to finish off his summer of relaxing and bird-watching without a hitch. But everything goes wrong when dark clouds roll in.

Old Man Crandall is the first to change--human one minute and a glass statue the next. Soon it's happening across the world. Dark clouds fill the sky and, at random, people are turned into frozen versions of themselves. There's nowhere to run, nowhere to hide, and no one knows how to stop it.

With his mom on the verge of a breakdown, and his brother intent on following the dubious plans put forth by a nameless voice on the radio, Ben must hold out hope that his town's missing sparrows will return with everyone's souls before the glass plague takes them away forever.
By Mr Ripley's Enchanted Books on May 22, 2019