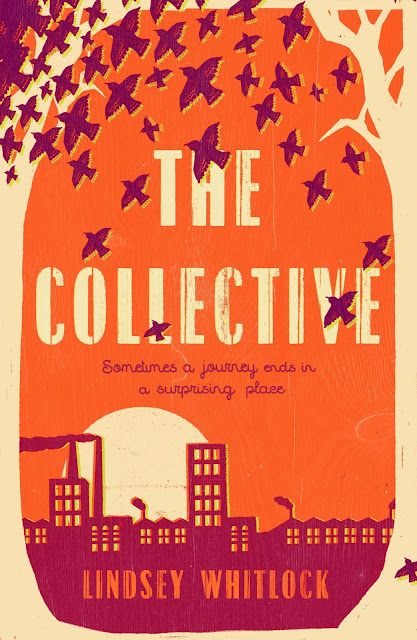 This is the debut book by American author Lindsey Whitlock. The Collective will be published by Pushkin Children's Books on the 29th of August 2019. The book supports an interesting book cover but, in my opinion, this does not really reflect the story inside. Nevertheless, after reading the synopsis I was subtly intrigued about the plot. This book is not something that I would normally choose to pick up and read for pleasure, however, I'm very glad the publisher sent me a copy to review - thank you.

The book is set in America after a civil war in which the country becomes very much divided. The narrative is evocative and set in the traditional community of Badfish Creek. It is a coming of age novel centered around a young boy (Elwyn) who longs for change and the chance to leave his a rural background behind him. When his uncle offers him the chance to leave his rural roots behind, he jumps at the opportunity as he is eager to move to Liberty to gain an education and become part of a flourishing world.

I loved the historical snapshot from a time period so far removed from our very own. It really depicted the differences and traditions between urban and rural life at this time. For me, it captured the essence really well which trickled over me like droplets of freshwater over the tongue. It quenched the fantasy thirst whilst hurtling along the climatic journey of Elwyn - dazzled by the promise of a bright future. The book really tackles the important issues of responsibility, belonging and growing up in a world where things do not always go according to plan.

This is a fantastically engaging and thought-provoking novel; it's very different from traditional books published in the UK. The book is emotionally charged and will easily suck you in with its charming setting and naive outlook on life. Has Elwyn been blinded by his new future as events threaten the world and the people he has left behind? The story soon becomes a great fight for survival against the powerful and the rich highlighting the true meaning of home, family, and loyalty.

This is a great teenage read; deep and meaningful that will leave a residue of feelings and emotions behind. It's a book that raises a lot of topical questions in a world of displacement. A highly recommended read if you are looking for something different and interesting.
Posted by Mr Ripley's Enchanted Books on July 17, 2019

Thank you for your review! I'm so glad that you enjoyed it.
-LW