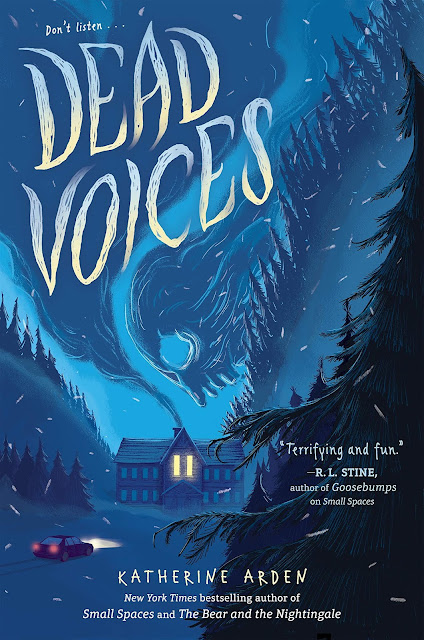 Bestselling author Katherine Arden returns with another creepy, spine-tingling adventure in this follow-up to the critically acclaimed Small Spaces. Having survived sinister scarecrows and the malevolent smiling man in Small Spaces, newly minted best friends Ollie, Coco, and Brian are ready to spend a relaxing winter break skiing together with their parents at Mount Hemlock Resort. But when a snowstorm sets in, causing the power to flicker out and the cold to creep closer and closer, the three are forced to settle for hot chocolate and board games by the fire.Ollie, Coco, and Brian are determined to make the best of being snowed in, but odd things keep happening. Coco is convinced she has seen a ghost, and Ollie is having nightmares about frostbitten girls pleading for help. Then Mr. Voland, a mysterious ghost hunter, arrives in the midst of the storm to investigate the hauntings at Hemlock Lodge. Ollie, Coco, and Brian want to trust him, but Ollie's watch, which once saved them from the smiling man, has a new cautionary message: BEWARE.With Mr. Voland's help, Ollie, Coco, and Brian reach out to the dead voices at Mount Hemlock. Maybe the ghosts need their help--or maybe not all ghosts can or should be trusted.Dead Voices is a terrifying follow-up to Small Spaces with thrills and chills galore and the captive foreboding of a classic ghost story. 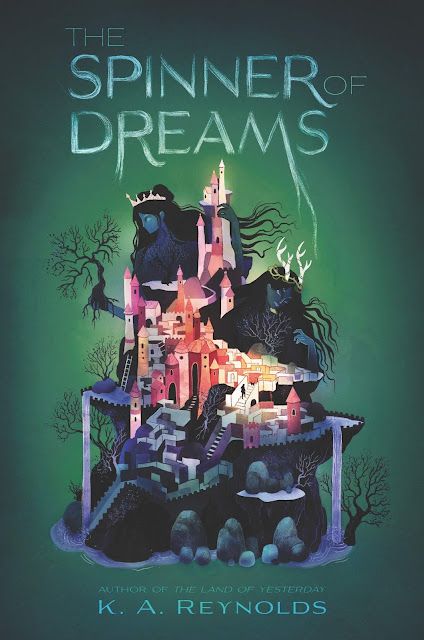 Inventive, empathetic, and strange in all the best ways, The Spinner of Dreams draws from the author’s own experiences to create a story that feels timeless and universal. As she did in her debut The Land of Yesterday, K. A. Reynolds thoughtfully explores mental health and crafts an adventure that fits right alongside middle-grade classics like The Phantom Tollbooth.

Annalise Meriwether—though kind, smart, and curious—is terribly lonely.
Cursed at birth by the devious Fate Spinner, Annalise has always lived a solitary life with her loving parents. She does her best to ignore the cruel townsfolk of her desolate town—but the black mark on her hand won’t be ignored.
Not when the monster living within it, which seems to have an agenda of its own, grows more unpredictable each day.
There’s only one way for Annalise to rid herself of her curse: to enter the Labyrinth of Fate and Dreams and defeat the Fate Spinner. So despite her anxiety, Annalise sets out to undo the curse that’s defined her—and to show the world, and herself, exactly who she is inside. 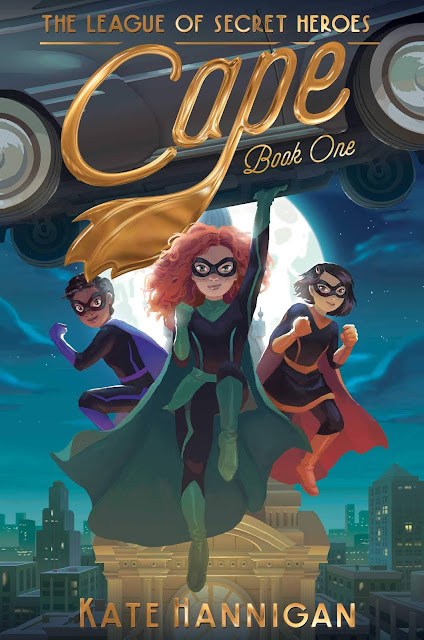 Hidden Figures meets Wonder Woman in this action-packed, comic-inspired adventure about a brilliant girl puzzler who discovers she’s part of a superhero team!Josie O’Malley does a lot to help out Mam after her father goes off to fight the Nazis, but she wishes she could do more—like all those caped heroes who now seem to have disappeared. If Josie can’t fly and control weather like her idol, Zenobia, maybe she can put her math smarts to use cracking puzzles for the government. 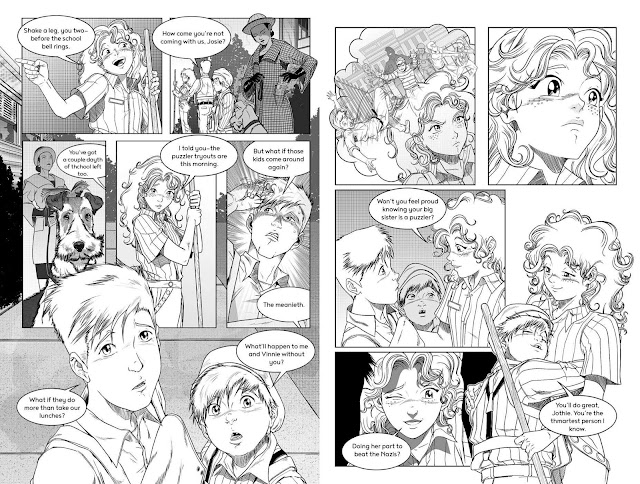 After an official tosses out her puzzler test because she’s a girl, it soon becomes clear that an even more top-secret agency has its eye on Josie, along with two other applicants: Akiko and Mae. The trio bonds over their shared love of female superhero celebrities, from Fantomah to Zenobia to the Black Cat. But during one extraordinary afternoon, they find themselves transformed into the newest (and youngest!) superheroes in town. As the girls’ abilities slowly begin to emerge, they learn that their skills will be crucial in thwarting a shapeshifting henchman of Hitler, and, just maybe, in solving an even larger mystery about the superheroes who’ve recently gone missing.Inspired by remarkable real-life women from World War II—the human computers and earliest programmers called “the ENIAC Six”—this pulse-pounding adventure features bold action, brave thinking, and an empowering belief that each one of us has the stuff it takes to be a superhero. 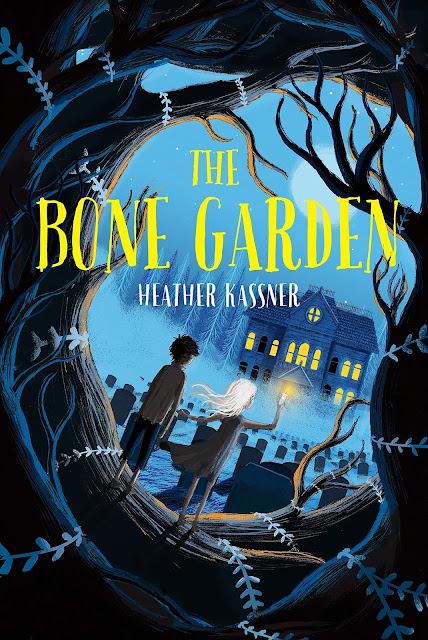 "This magical story―and the brave girl in its pages―will haunt you in the best way." ―Natalie Lloyd, New York Times bestselling author of Over the Moon
“Remember, my dear, you do not really and truly exist.”
Irréelle fears she’s not quite real. Only the finest magical thread tethers her to life―and to Miss Vesper. But for all her efforts to please her cruel creator, the thread is unraveling. Irréelle is forgetful as she gathers bone dust. She is slow returning from the dark passages beneath the cemetery. Worst of all, she is unmindful of her crooked bones.
When Irréelle makes one final, unforgivable mistake by destroying a frightful creature just brought to life, Miss Vesper threatens to imagine her away once and for all. Defying her creator for the very first time, Irréelle flees to the underside of the graveyard and embarks on an adventure to unearth the mysterious magic that breathes bones to life, even if it means she will return to dust and be no more. 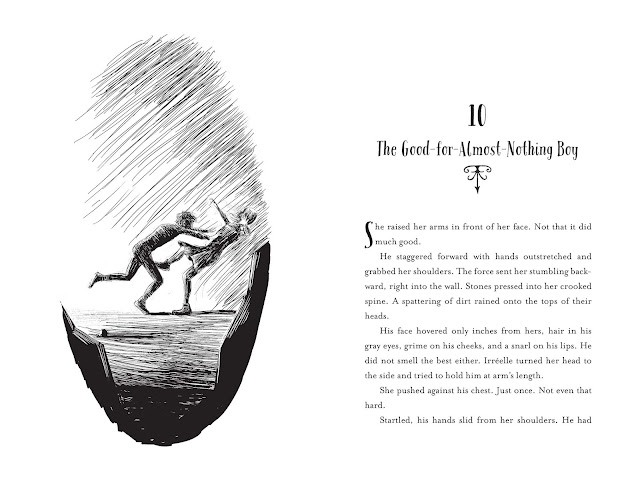 A spooky and adventurous debut illustrated fantasy novel about a girl made of dust and bone and imagination who seeks the truth about the magic that brought her to life.
Featuring illustrations by Matt Saunders!
Posted by Mr Ripley's Enchanted Books on July 15, 2019