Hello Everybody. We hope you are keeping well. Today, we are rather pleased to be celebrating the release of the third book in the Tales From the Badlands series by J. R. Wallis. This book is entitled The Book of Mysteries and will be published by Simon & Schuster Children's books on the 28th May 2020.

We are doing a lovely virtual book tour to celebrate this fantastic slice of fiction heading into the real world for you lovely people to read. This is the second stop with the first one calling at Book Monsters yesterday. Follow the link HERE if you missed it. Whilst tomorrow’s reading will take place on Miss Clevland's fantastic BLOG so be sure to visit this for the next part in the story reading.

We are particularly excited to announce a giveaway for a copy of The Book of Mysteries @enchantedbooks on twitter. Why not head over there now for your chance to win a fantastic copy?

Finally, there is a really interesting guest post from the author about writing Endings below. 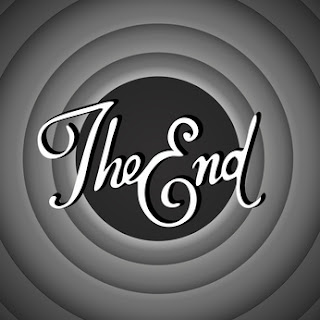 Endings are very important for all types of stories.  Think about it.  Whenever you close a book or come out of the cinema, you’re left thinking about those final moments if the story has been well told.  Beginnings might be very important to get us into a story but we very rarely remember them by the time we get to the end.  Story endings are what we remember most, because they affect us emotionally, with the ability to leave us feeling sad or happy and anything in between.  Therefore, good story endings make us feel something.  So, to be a good storyteller you want to make sure your reader feels something at the end of your story.  Remember that whenever you read a review about a story then the ending is never usually given away so the enjoyment of experiencing this feeling at the ending isn’t spoiled.

There are lots of ways to end stories but key is that whatever ending you choose feels satisfying for the reader.  If you’re struggling to find an ending that feels right then here’s a few things to think about:  Imagine what might happen next to your character after your story ends and try ending in a way that allows the reader to imagine it too.  Maybe your story has ended but your character is only just getting started on another one…?  Pose a question to the reader about what they think is going to happen after they put your story down.  When you think you’re getting near to the end remember your beginning.  The two should balance each other.  Often, the ending answers a problem that started the story off.  It can be helpful to have the story beginning and ending in the same place to show this sense of closure, to signal to the reader that this is the end because we have come full circle.  In ‘The Dark Inside’ the first book I had published the story starts with James in an old dilapidated house and it ends with him there too.  Another thing to think about for your ending is to use a powerful image that sums up what your story is about.  If you can find the right image for the reader to take away at the end it will stick with them.  Here’s the ending of the first book in the Badlands series, ‘The Boy With One Name’:

“There was something about his old name he missed.  Ruby had told him it was because it was a part of him and always would be.  He’d denied it, telling her he was someone new now.  But deep down he knew she was right.  And sometimes, in the quiet of the night, when he lay in bed with the dark screen of the television his parents had bought him staring at him, he thought long and hard about what that really meant.”

I wanted to end with an image of reflection, with the main character wondering about the journey he’s been on and whether it’s all been worth it - whether it’s really what he wanted.  I liked the idea of the blank television screen being something he can stare at.  He might even be able to see himself in it as he contemplates all that’s happened.  I’ve left it up to the reader to imagine that if they like.

One other thing I’d say about endings is that it can be daunting thinking about writing a story, whether long or short.  So it can be useful to have an ending in mind to help give you something to aim for as you tell your story.  The ending you start with doesn’t have to be the one you end up with, and, in my experience it usually isn’t because you learn so much on the way as you tell a story.  But having an ending to aim for at the outset gives you an endpoint on your writing journey, making it feel more manageable and less daunting.  Once you get to the end of a first draft of a story the ending acts a special lens through which you can see the whole of the story, allowing you to understand what you’ve really been trying to do.  It gives you a lot of clues about where to work on the story and very often the beginning, too. 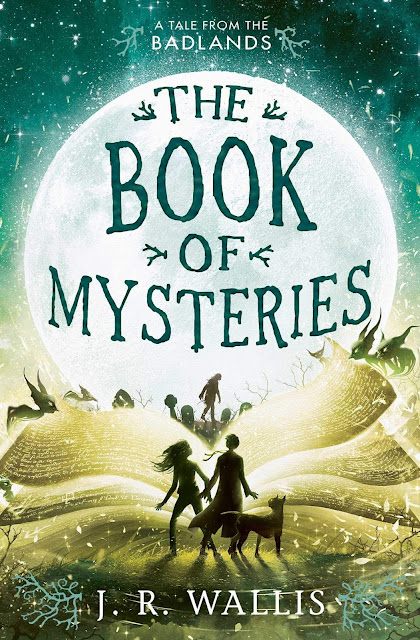 Welcome to the Badlands ... a hidden part of our world full of creatures that most people think exist only in fairy tales and nightmares.Ruby is trying to change the future. Her fate is in the hands of the council as they prepare to decide once and for all if girls can be Badlanders too.Jones is running from his past. He’s determined to help Ruby fulfill her destiny, but first he will need to shake off the vengeful ghost of Maitland, the Master he betrayed. Then they are challenged to solve a notoriously unsolvable case from The Book of Mysteries, and Ruby and Jones think it might just be the lifeline they need. But there’s a reason no Badlander has ever returned from Great Walsingham, and the two friends will have to rely on more than magic if they want to survive…

Huge thanks to J.R. Wallis for visiting the blog. I think you should go and check out the series. As they are coming to a bookshop near you or online.
To find out more about the author please visit his online website and say hello!https://www.jrwallis.com
Posted by Mr Ripley's Enchanted Books on May 26, 2020