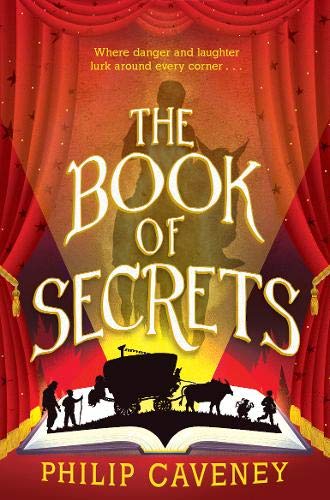 This is an unlikely source for today's reading entertainment from the shady but real deal Danny Weston. This is his opportunity to sing the praises of Philip Caveney's latest shindig The Book of Secrets. Sorry, I've got that all wrong as Danny Weston said it was a pile of horse manure. In fact, he is quoted as saying 'He will never be as good as me, so get over it'.

This review is the witness and testament from the Plague Doctor. Otherwise known as the skeleton of death with the oversized hooter from the world-renowned books the CROW BOY Trilogy. These books have been published by bad-ass Fledgling Press and can bought from their SITE.

So, are you ready to hear his thoughts about The Book of Secrets? Sure you are. Enjoy and stay safe in these crazy times.

Greetings, fiction fans. Your friendly neighbourhood plague doctor here. Some of you (the lucky ones) may have read of my exploits in the Crow Boy trilogy, where I keep coming up against that pesky time-travelling intruder, Tom Afflick. Despite coming from the future and knowing nothing about life in the various eras in which we meet, he keeps getting the better of me. Curse him!

I’m sure I don’t need to tell you that being a plague doctor is no bowl of cherries. In fact it’s sometimes quite depressing. So in those rare moments when I can find time to lose myself in a good book, I tend to seek out stories that are designed to lift my mood a little. You know the kind of thing - something that will make me smirk, chuckle and even (very occasionally) laugh out loud.

The other day, one of my patients, who clearly wasn’t going to be around long enough to finish reading it, handed a book to me, saying that since he was a bit short of cash, maybe I’d take it as part-payment for my services. I reluctantly agreed but in the end, I was glad I did!

It’s called The Book of Secrets and it’s set in this strange desert world where the climate is clearly a lot warmer than my home city of Edinburgh. It’s about this boy called er… Boy (to find out why, you’ll need to read the book) and he’s the possessor of an amazing invention, created by his late father, that can actually turn sand into water. I know, incredible, right?

Boy is on his way to the city of Ravalan, where he intends to enter the invention in a great competition that’s taking place there - but in the desert he meets up with a rascal called Gordimo, who steals the invention and leaves Boy for dead.
Now, before I go on, let me tell you that a part of me really identified with Gordimo. Yes, I appreciate he’s supposed to be the villain of the story, but as a bit of a villain myself, I really admired his cunning and evil trickery. Just saying!

Anyway, Boy is rescued by a troop of travelling players led by a fearless girl called Lexi. She’s part elvish and it’s clear from the word go that she and Boy have taken a bit of a shine to each other. Lexi’s theatre company is in dire need of a new leading actor and they ask Boy if he can help out. Since they’ve just saved his life, he can hardly say no, right?

And this is where the laughter starts because Boy is useless as an actor and accidentally turns the very serious play they’re performing into a slapstick comedy. Weirdly though, it’s a much bigger success because of this! There are lots of other characters. I particularly liked Pompio, who is a ‘boobo,’ a kind of ape-like creature who can talk and who spends most of his time making sarcastic comments about everyone he meets. (Reminded me of myself when I was younger and more care-free.) And there’s this big clumsy oaf called Grud who despite his size, is actually very gentle and child-like. I wanted to hate him, but somehow, he got to me. Grrr!

So, can Boy get to Ravalan before Gordimo does? Can he retrieve his wonderful invention and claim the (massive) prize money? And can he cope with being the new comedy hit on stages at every town the theatre troupe visits?

Well, as I said earlier, read the blessed book.

Now it’s time for me to put on my bird mask and head off to do battle with that pesky Tom Afflick again. Honestly, who said that it was a quiet life being a plague doctor?

I bid you good day and I hope you enjoy The Book of Secrets as much as I did.