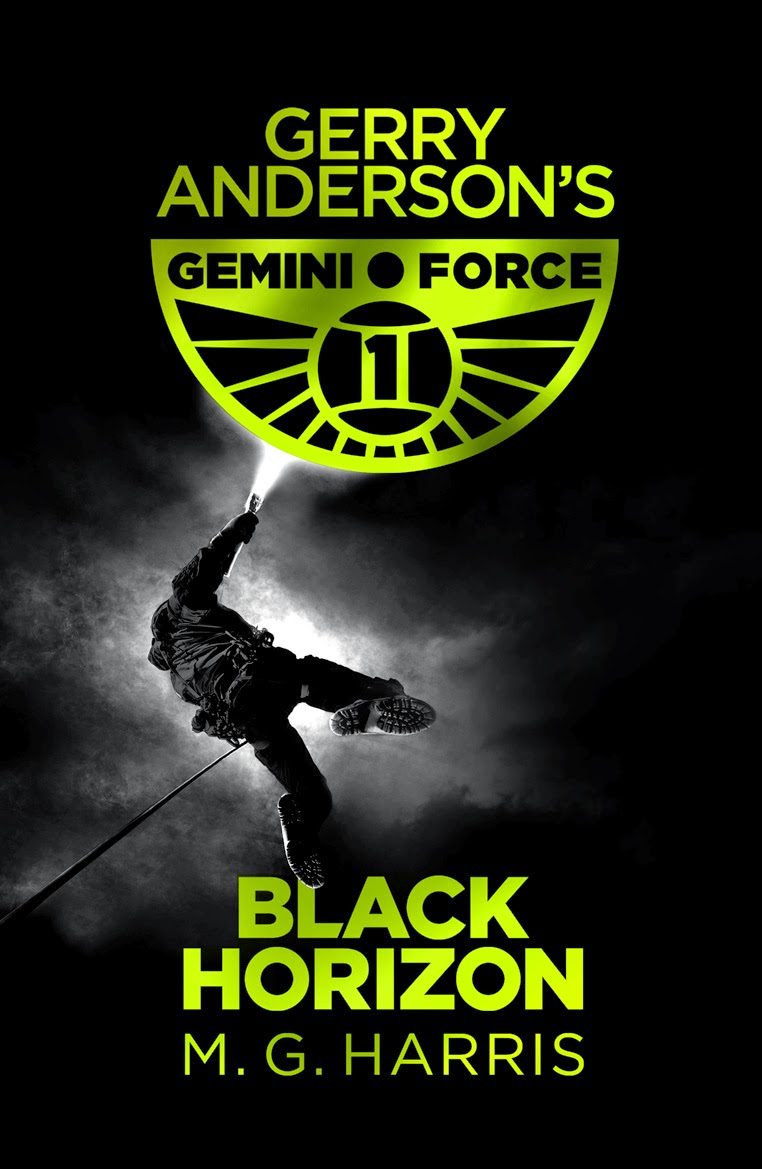 GERRY ANDERSON’S GEMINI FORCE ONE is soon to be published by Orion Children’s Books in April 2015. After a fantastic Kickstarter campaign, 600 loyal Anderson fans made this project a reality. The material remained untouched, but not forgotten, after the sad death of Gerry Anderson in 2012 until Jamie and his family approached M.G. Harris. She was tasked to continue the fictional world of rescue writing. As a result, the vision of Gerry Anderson's creations have been brought back to modern day life.

This has to be the one of the most anticipated books this year. Gemini Force is the first book in a trilogy to celebrate the 50th Anniversary of the first broadcast of THUNDERBIRDS. There are two more books to come: 'Ghost Mine' in September 2015 and the final book in Spring 2016. Hopefully the book will be turned into a screen project, so that Anderson's legendary and iconic pioneering skills are shared with the world once more.

GF1 is a fantastic mix of new and old. M.G. Harris has done an amazing job developing Anderson's trademark formula of ADVENTURE and RESCUE to inspire a new generation of fans. Whilst also enabling old fans like me to buzz back to my childhood days. It has everything that you would want and expect from a five star book. You'll soon find yourself rocketing to Tracey Island once you start this epic adventure.

Ben Carrington is a 16 year old boy who is coming to terms with the death of his father. His grief propels him into the biggest adventure that a boy could ever imagine. In my opinion, the main character is written quite vaguely and may need to be further established in the next book.

Gemini Force is an elite organisation that has been established by a rich entrepreneur. It is a secret organisation with the key aim of providing rescue services. Ben is determined to become part of that team, but he needs to prove to his mother first that he has got what it takes.

The story arc in the first book is true to Anderson's magical ethics in every way. There is ACTION and drama in abundance. The cool technology is written particularly well and contains lots of detailed information. In other books this can sometimes be missed out or only briefly mentioned, but M. G. Harris utilises the opportunity to enhance the story effectively.

The other quirky characters find themselves in a race against the clock - human limits are pushed through many exhilarating missions. The author holds no punches in the plot; things don't always go well and happy endings are not necessarily guaranteed. However, this is what makes this book so good - don't expect the expected!

This series will definitely appeal to readers who love fast-paced action. Readers of the Young James Bond series and Alex Rider series should definitely search out this book. Older readers will find themselves reminiscing about the brilliant creations from Stingray, Captain Scarlet, UFO and the Terrahawks. I remember watching and enjoying all of these many years ago; each still have a little part to play in the book, but with a modern day update. This book will keep you on all of your toes as it full of many nail biting moments.