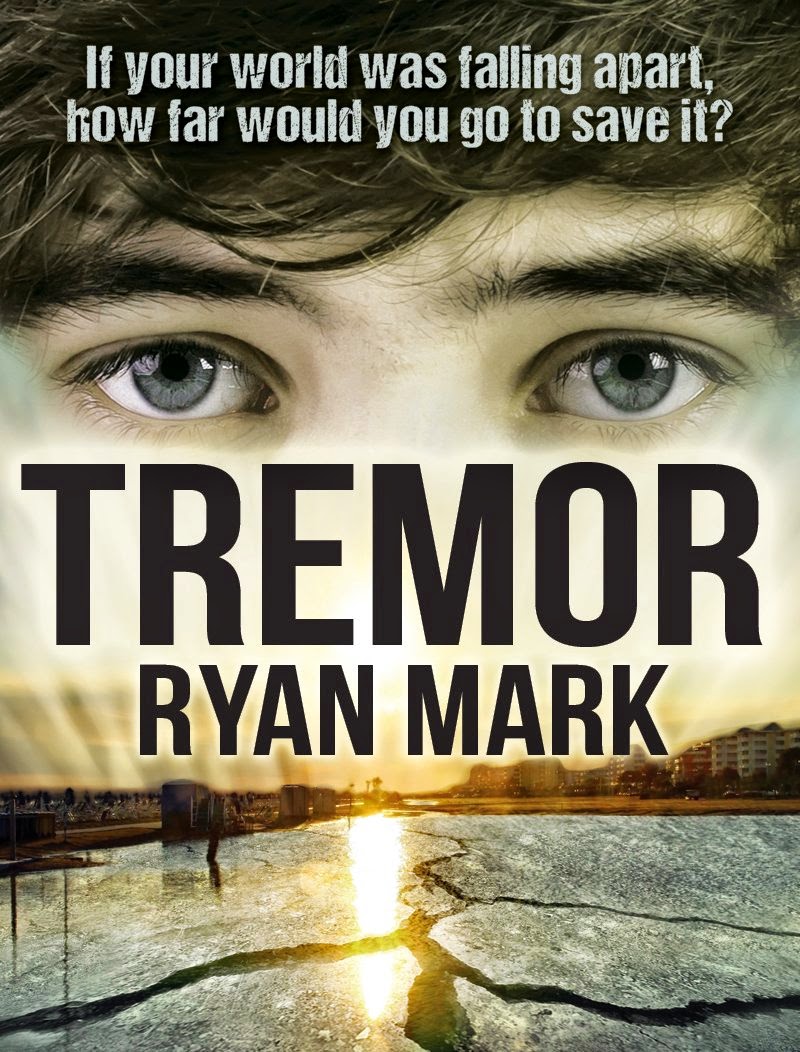 When someone close to William disappears, he decides it's time to take      matters into his own hands. But in a land that is on the verge of tearing itself apart, is it a life worth fighting for? If your world was falling apart, how far would YOU go to save it?

Book Review: Is this Britain's next bestseller? In my opinion, yes it is. This is an exciting opener to a great new series known as The Tremor Cycle. It's a haunting dystopian dream that will have you hooked from the very first page. The storyline works really well; immersed in a world filled with devastating tremors and a futuristic vision of climate change bringing the world crashing down around it.

Politically the world has changed forever. Real food is very scarce with some humans resorting to a cannibalism; this creates a rather unsettling ride. You'll follow the well-written characters on a journey to find more about Terrafall, the company which controls the country after the ravages of a Fossil war.

This book is a compelling read and will keep you up all night. It's also very thought provoking - it makes you think more and more as you uncover the mysteries to what is really happening in the ever changing world. Crumbling into oblivion, the tag line on the front of the book is: If your world was falling apart, how far would you go to save it? Is life worth fighting for?

This is a great debut book; it has all the right ingredients. William, the main character, is particularly well written. His thoughts, feelings and emotions resonated with me. I instantly liked him and wanted the very best for him. The plot is very well constructed and organised in my opinion. It is full of action and includes some very chilling and dark moments. Whilst a feeling of originality also runs through different parts of the storyline. The more that I read, the more I felt I was in the shoes of the different characters.

I would really love to see this book do really well. As a younger read, it is bang on trend and shows a future that could become reality if we continued to make bad choices. I'm very pleased to say that when you've finished the last page and finally get your breath back from the climactic ending, it will surely leave you wanting more.....
By Mr Ripley's Enchanted Books on March 17, 2015