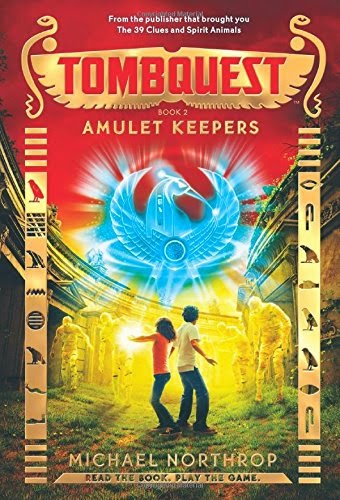 Michael Northrop -  Amulet Keepers (TombQuest BK2) - Published by Scholastic Press (April 28, 2015)
Strange things are happening in London. Red rain is flooding the streets. People are going missing. And someone's opening graves in Highgate Cemetery . . . Only Alex and his best friend, Ren, suspect the truth: a Death Walker, a powerful ancient Egyptian evil, is behind the chaos. Their quest to bring him down takes them from New York to London, and from the land of the living to the deep underground tombs of the long dead. Will they be in time to stop the Death Walker before he gets too powerful . . . or will the tombs claim them, too? Read the book, then continue the adventure online! Build an Egyptian tomb of your own, hide treasure and protect it with traps, then challenge your friends to break in. 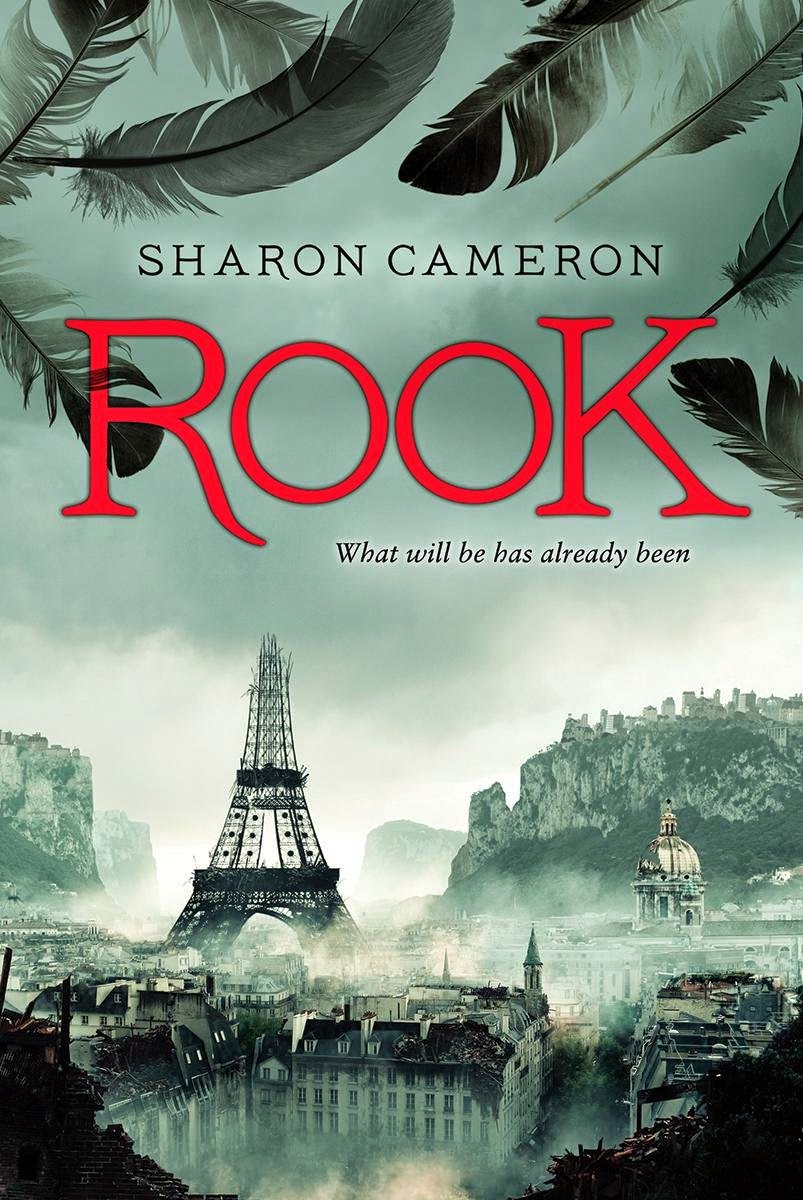 Sharon Cameron - Rook - Published by Scholastic Press (April 28, 2015)
Centuries after a shifting of the Earth's poles, the Sunken City that was once Paris is in the grips of a revolution. All who oppose the new regime are put to the blade, except for those who disappear from their prison cells, a red-tipped rook feather left in their place. Is the mysterious Red Rook a savior of the innocent or a criminal?Meanwhile, across the sea in the Commonwealth, Sophia Bellamy's arranged marriage to the wealthy René Hasard is the last chance to save her family from ruin. But when the search for the Red Rook comes straight to her doorstep, Sophia discovers that her fiancé is not all he seems. Which is only fair, because neither is she. As the Red Rook grows bolder and the stakes grow higher, Sophia and René find themselves locked in a tantalizing game of cat and mouse. 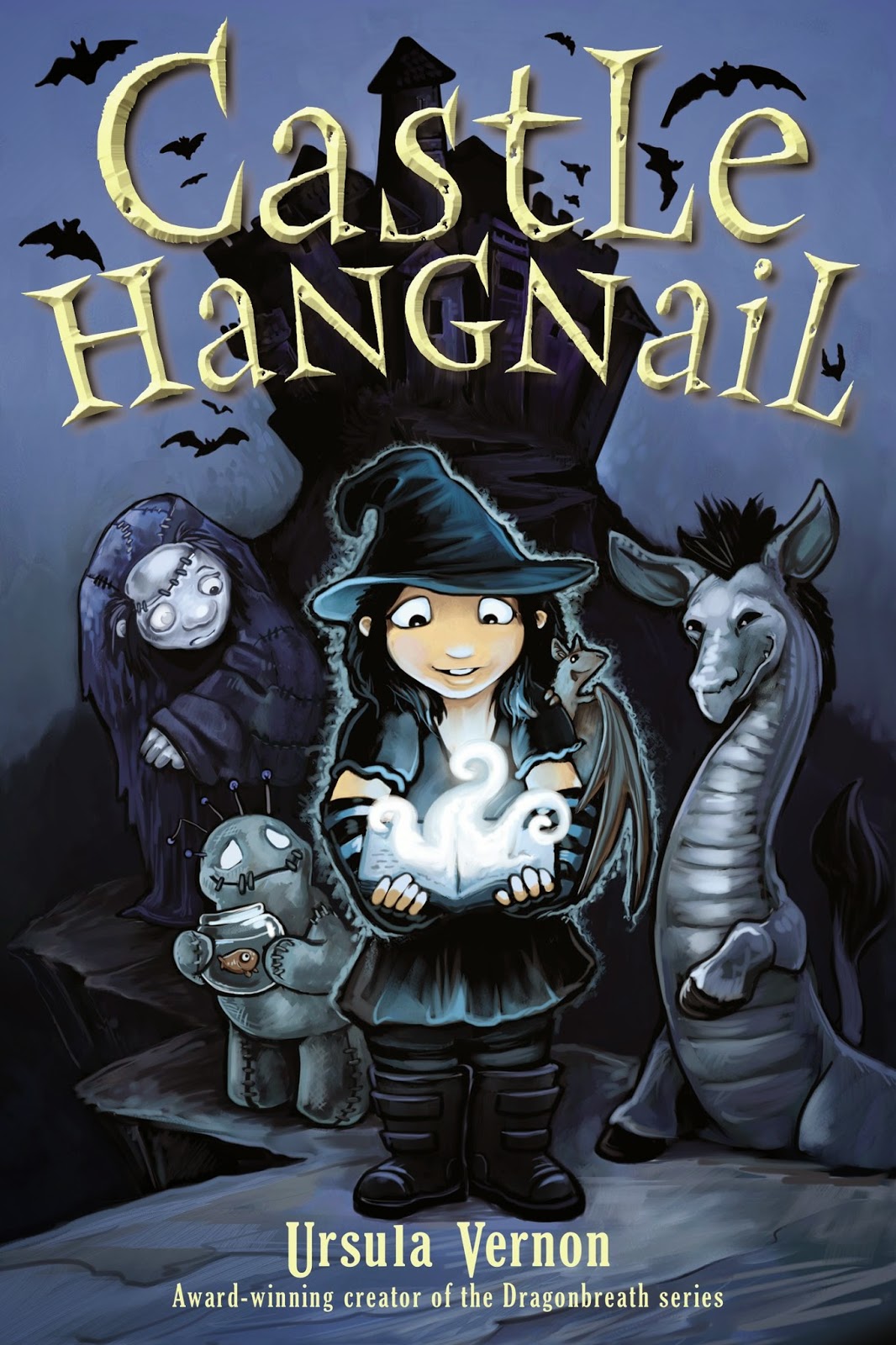 Ursula Vernon - Castle Hangnail - Published by Dial Books (April 21, 2015)
From the creator of Dragonbreath comes a tale of witches, minions, and one fantastic castle, just right for fans of Roald Dahl and Tom Angleberger.When Molly shows up on Castle Hangnail's doorstep to fill the vacancy for a wicked witch, the castle's minions are understandably dubious. After all, she is twelve years old, barely five feet tall, and quite polite. (The minions are used to tall, demanding evil sorceresses with razor-sharp cheekbones.) But the castle desperately needs a master or else the Board of Magic will decommission it, leaving all the minions without the home they love. So when Molly assures them she is quite wicked indeed (So wicked! REALLY wicked!) and begins completing the tasks required by the Board of Magic for approval, everyone feels hopeful. Unfortunately, it turns out that Molly has quite a few secrets, including the biggest one of all: that she isn't who she says she is.This quirky, richly illustrated novel is filled with humor, magic, and an unforgettable all-star cast of castle characters. 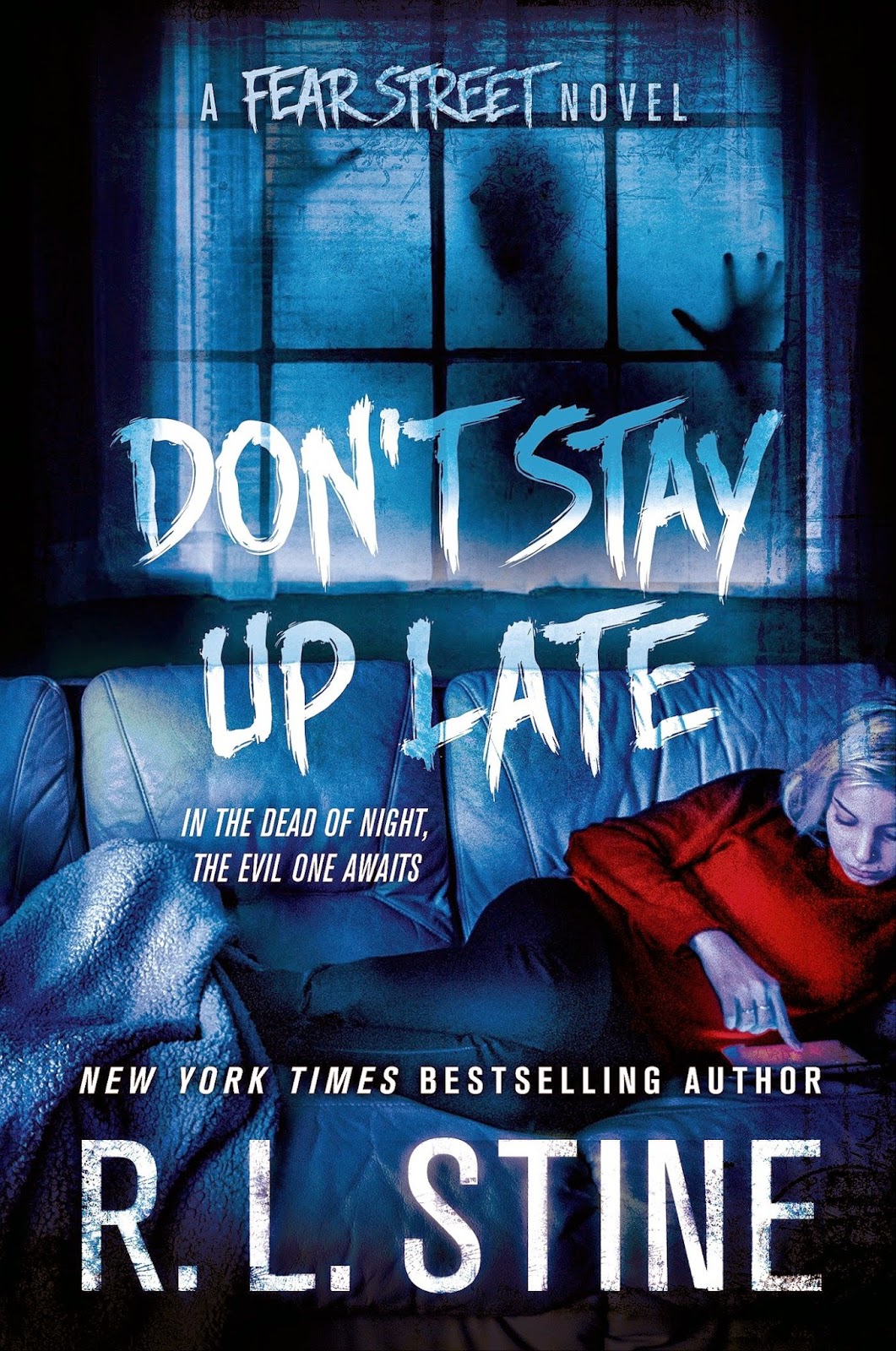 In the small town of Shadyside, don't stay up late, because horrible things can happen...Both day and night, Lisa Brooks is plagued with nightmares and hallucinations. Could they be caused by the horrifying accident that landed her in the hospital for weeks? When Lisa finds out that a neighbor is looking for a babysitter for her little boy, Lisa jumps at the chance to keep busy and take her mind off of her troubling thoughts. But then the murders start -- and her friends begin dying one by one. Are Lisa's nightmares coming true? Find out in the next installment of R.L. Stine's Fear Street series, Don't Stay Up Late.
Posted by Mr Ripley's Enchanted Books on March 13, 2015