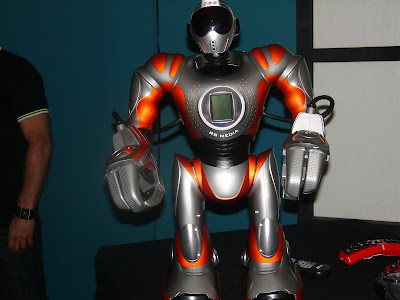 Hi I have just been asked to mention this great event for all the family this half term.
He is doing a special half-term kids event at the South Bank - The Dot Robot Roadshow - an exciting one-hour author event with loads of cool robots, gadgets, a robot race and an awesome robot one of the audience can win. It's all part of the promotion around my 2nd Dot Robot Book Atomic Swarm. I'd love you to be there!!! Everything you need to know is below.
*** MEET The Gadget Show's JASON BRADBURY - THIS HALF-TERM -  18th FEBRUARY, LONDON, SOUTH BANK ****
Thursday 18th Feb (11.30am) South Bank Centre, Purcell Room, London (1 min walk from Waterloo station)
Tickets are selling fast for THE event of this half-term - the Dot Robot Roadshow 2010 - at London’s South Bank Centre.
Meet Jason from The Gadget Show - see actual robots in action and witness a reading from Jason's latest book Atomic Swarm (published this week, by Puffin)
This unique author event is part of the Imagine Children’s Festival at London's South Bank Centre. Billed as ‘the UK’s brightest children’s festival’ Jason will be bouncing around the Purcell Room with robots, readings, gadgets and an amazing robot prize!
For MORE INFO and to BUY TICKETS to the one-hour show featuring a live robot race go to: http://www.southbankcentre.co.uk/find/literature-spoken-word/tickets/jason-bradbury-50560 OR call 0844 847 9910 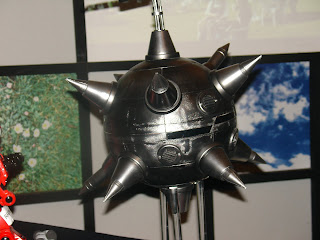 The Dot Robot Roadshow is this half-term's main event - but Jason is also doing some smaller signings during half-term (18th, 19th, 20th Feb) at Waterstones in Milton Keynes, Basingstoke, Reading & Thurrock. For more info about these and to learn more about Jason's books check his blog: http://www.jasonbradbury.com
Posted by Mr Ripley's Enchanted Books on February 12, 2010