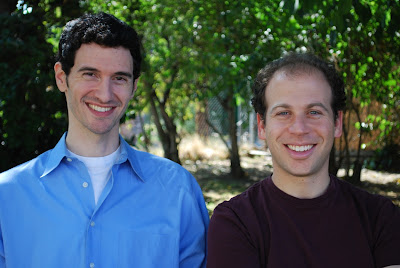 “Adam’s Top 5 Favorite Fantasy Books”
ADAM JAY EPSTEIN spent his childhood in Great Neck, New York, while ANDREW JACOBSON grew up in Milwaukee, Wisconsin, but the two met in a parking garage out in Los Angeles. They have been writing for film and television together ever since. The Familiars  is their first book.
One day, Adam asked Andrew, “Are you familiar with what a familiar is?” And from that simple question, Vastia was born, a fantastical world filled with the authors’ shared love of animals and magic. They wrote every word, sentence, and page together, sitting opposite each other.
Adam Jay Epstein lives in Los Angeles with his wife, Jane, their daughters, Penny and Olive, and a black-and-white alley cat who hangs out in their backyard. Andrew Jacobson lives with his wife, Ashley, and their dog, Elvis, four traffic lights away. 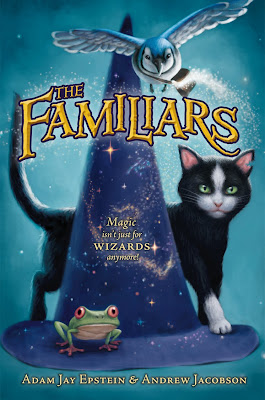 THE FAMILIARS will be produced for film by Sam Raimi and Sony Animation.
Fantasy fiction has created my love of reading from an early age. No other books captured my imagination the way that they did, and often I dreamt of living in those worlds as I sat in bed each night devouring the pages. 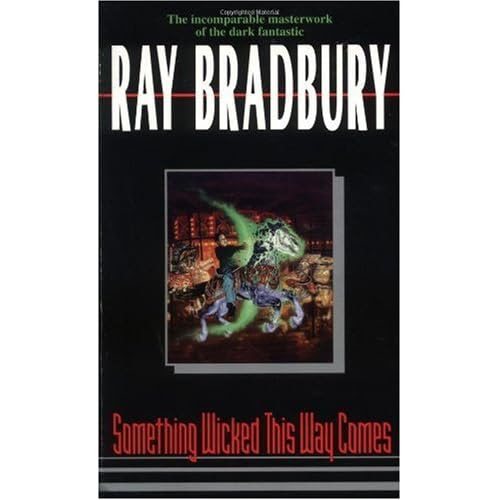 5. “Something Wicked this Way Comes” by Ray Bradbury
Not sure you would call this fantasy in the tradition way, but it’s filled with magic and scares and a fantastical world that lies just beyond our eyes in the neighborhood carnival. It scared me silly when I first read it. It was evocative and unique. And although it was tough to choose between this and “The Illustrated Man” as my favorite Bradbury tale, I had to go with this one, seeing as how picking an anthology seemed like cheating. 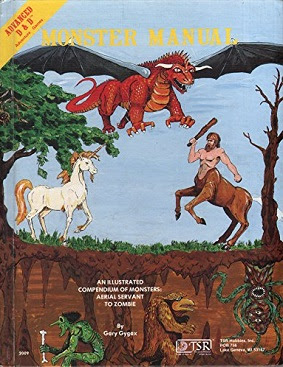 4. “The Dungeons and Dragons Monster Manual” by Gary Gygax
Before I ever started reading novels, in third grade this was my introduction to fantasy. A friend’s older brother turned me onto it and after I purchased it and brought it home, I read it cover to cover. There’s no story, just a list of magical monsters in alphabetical order, but each one was like a story to me. And an excellent primer on mythology, both Greek, Norse, and Babylonian. 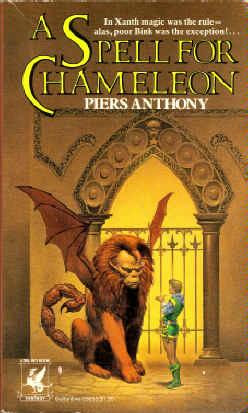 3. “Spell for Chameleon” by Piers Anthony
In fifth grade, my dad gave this book to me. Up until that point, I wasn’t really interested in novels at all. I’d rather read my dragon magazines and make up stories of my own. But on his recommendation, I started it, and couldn’t put it down. It was funny and the world of Xanth was like nothing I had ever seen. Plus with surprise twists and turns it got me hooked on the art of storytelling. 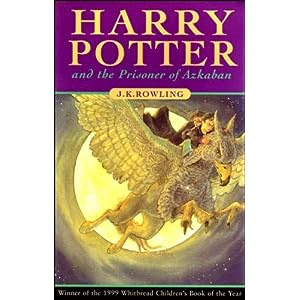 2. “Harry Potter and the Prisoner of Azkeban” by JK Rowling
My favorite of the Harry Potter series, although “Deathly Hollows” comes in a close second. The most emotional one for me and the only one that made me cry. Stories of parents and their children always connect in a special way for me. Also the tight, clever storytelling and brilliantly planted plot puzzle pieces come together in such a rewarding way in the end.

1. “The Hobbit” by J.R.R. Tolkien
The first Tolkien I ever read, and yes, still my favorite even over “The Lord of the Rings.” The classic hero’s journey tale and the book which all other fantasies are indebted, including mine!
“The Familiars” at www.thefamiliars.com. 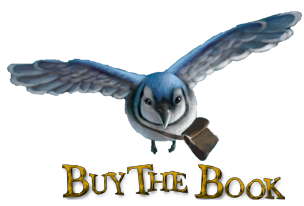