Books On the Dark Side for September 2010 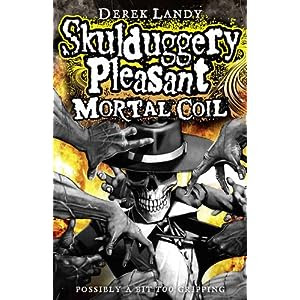 Derek Landy - Mortal Coil (Skulduggery Pleasant) B.k 5 - Publisheby HarperCollins - 2 September -2010
Skulduggery Pleasant is back, and reunited with his original head. But all is not well in the magical world. For one thing, there's an unstoppable assassin with a face-mask on the loose… and for another thing, Valkyrie has discovered she might be Darquesse, the evil sorceress set to destroy the entire world. The problem is, she doesn't feel she can tell Skulduggery what she's learned, and so she must try to change her terrible destiny alone.
But the price of a new fate is high, and if she fails, she'll die alone too.
With Valkyrie on her own quest, Skulduggery and the gang are even more vulnerable. Which is a shame, because remember that remnant the Necromancers had? They've still got it – and they're thinking about letting it out… 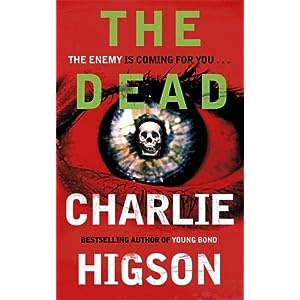 Charlie Higson - The Dead - Published by Puffin - 16 September 2010
A terrible disease is striking everyone over the age of fourteen. Death walks the streets. Nowhere is safe. Maxie, Blue and the rest of the Holloway crew aren’t the only kids trying to escape the ferocious adults who prey on them. Jack and Ed are best friends, but their battle to stay alive tests their friendship to the limit as they go on the run with a mismatched group of other kids – nerds, fighters, misfits. And one adult. Greg, a butcher, who claims he’s immune to the disease. They must work together if they want to make it in this terrifying new world. But as a fresh disaster threatens to overwhelm London, they realize they won’t all survive 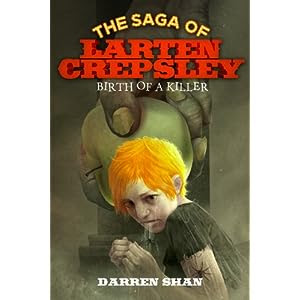 Darren Shan - The Saga of Larten Crepsley - Birth of a Killer - Published by HarperCollins - 30 September 2010
When Larten escapes the terrible workhouse in which he toils, he doesn’t know that he is running from an early death… into another kind of transformation. After meeting the mysterious vampire Seba Nile while sheltering for the night in a crypt, Larten finds himself drawn into the shadowy world of the vampire Clan. As he travels and learns, Larten finds himself enjoying the adventure he has always dreamed of, seeing a world beyond any he suspected in his poverty-stricken youth.
But Larten begins to discover something else, too. Much like death, becoming a vampire is something you can’t come back from… 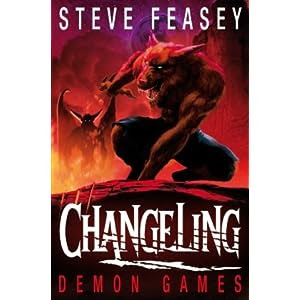 
Teenage werewolf Trey is facing the most important and dangerous mission of his life. He must journey into the dark Netherworld and rescue Alexa, daughter of his vampire guardian Lucien, who is being held hostage by a powerful demon lord. But strength and courage alone are not enough to succeed – instead Trey must ‘win’ both their freedoms by participating in a death-match against his deadliest nemesis yet. The forces of evil are stacked against him and Trey can only be certain of one thing . . . one of them WILL die.
By Mr Ripley's Enchanted Books on August 16, 2010