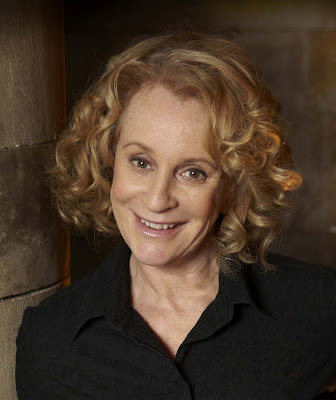 How was writing a book for teens different from writing a book for adults? I don't think there is any difference for me in terms of the craft of writing. I think that the quality and enjoyment of the novel should be at least equal to a book for adults.
Do you have a favourite character in your new teen series? I created the two principal characters of Luca and Isolde and liked them so much, but then I was amazed to find that the servant character of Frieze just jumped off the page. He is funny and full of common sense, wonderful with animals and has a great loving nature. His role just grew through the story as I came to like writing about him more and more. He is very important in book 2, and I think I will end up with a cast of 4 principal characters rather than 2.
When you are writing a multi-book series, do you work from an outline (know all the beats) or do you work toward an ending (know how it all ends)? This has been the first series that I have written that is not anchored completely by the historical record, so I have revelled in the freedom of it and have worked on each novel quite independently. I know where the whole series ultimately ends, but I don't know yet how I will get there. It's a truly creative process, I feel as if I am making it up as I go along and loving this.

Why did you set your new teen series in the 15th century? The date of 1453 is such a key one - people really believed that it was the end of the world. It is this belief that means that Luca has his job in exploring the "end of days" and also means that there are so many manifestations of the supernatural that people report.
How is it working with fictional characters rather than real historical figures? It has been a real holiday from the demands of accuracy and research. It has set the novelist in me free for the first time in a long time. I love discovering and researching the historical characters, but to be able to create characters from imagination has been a real treat.

The first book in the thrilling YA sequence, Order of Darkness. The year is 1453, and all signs point to it being the end of the world. Accused of heresy and expelled from his monastery, handsome seventeen-year-old, Luca Vero, is recruited by a mysterious stranger to record the end of times across Europe. Commanded by sealed orders, Luca is sent to map the fears of Christendom, and travel to the very frontier of good and evil. Seventeen-year-old Isolde, a Lady Abbess, is trapped in a nunnery to prevent her claiming her rich inheritance. As the nuns in her care are driven mad by strange visions, walking in their sleep, and showing bleeding wounds, Luca is sent to investigate and all the evidence points to Isolde's criminal guilt. Outside in the yard they are building a pyre to burn her for witchcraft. Forced to face the greatest fears of the medieval world - dark magic, werewolves, madness - Luca and Isolde embark on a search for truth, their own destinies, and even love as they take the unknown ways to the real historical figure who defends the boundaries of Christendom and holds the secrets of the Order of Darkness.