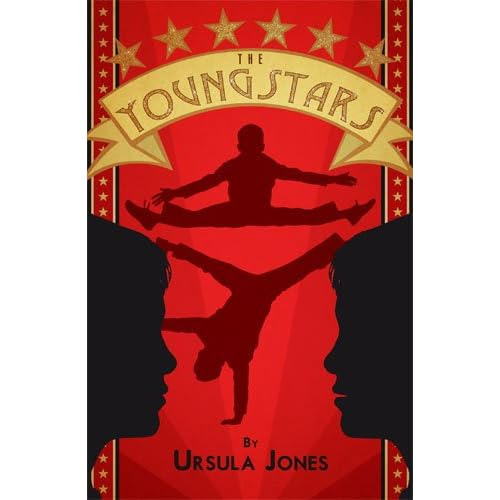 It is always good to read and review work from authors who don't get much media coverage. One of my favourite small publishers, Inside Pocket, have a great authority in publishing some great books and this, is no exception.
Ursula's theatrical background really lends itself to the performance of this story. It delivers a great platform for a period story set in England in 1936. We follow a young group of people, all working on the stage, performing their comical skits in northern theatres. However, with their evil manager known as 'The Pig' they find themselves in for a colourful journey.

This story provides a brilliant look into the past when people needed to be entertained and the television had just been invented - Hollywood and the Silver Screen were just becoming established. As a result, these young performers have big dreams of making it big one day. I don't want to give too much away about this story, so I've chosen to keep this review free of too much detail. I believe that this will then give you the chance to pick up a copy and read it for yourselves.

I have to say that I really did enjoy reading this book. It has a varied and split storyline which, at times, was quite complex such as the following of the Doppelgangers (Ollie and Ralph) after a chance meeting. It has great inside views of a pre-war time, when life was hard and variety shows were often popular but, of course, often hard work in order to please the paying customers. This book is full of highs, lows, twists and turns but very much with a slap stick approach.

This is an adventure for everyone from twelve to a hundred and twelve. It is very entertaining and a book that I would definitely recommend.

The author: Ursula Jones trained at RADA and is an actress and writer for children: The Witch's children trilogy, for example, which won the 2003 Gold Smartie award and the 2008 Roald Dahl Funny Prize; but also plays for children, and scripts for the TV series Green Claws.