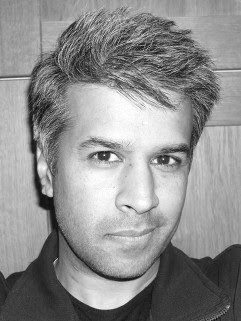 Egmont Press is thrilled to announce the acquisition of a major new fantasy adventure series set in modern Japan for readers of 9+. Sword of Kuromori is by debut author Jason Rohan.

Stella Paskins, Fiction Publisher at Egmont Press, pre-empted World rights in a three-book, six-figure sum deal from Anne Clark at Anne Clark Literary Agency. The first title in the series will publish in May 2014 and will be a lead title on Egmont’s list.

“I am massively excited about Sword of Kuromori,” commented Stella Paskins.  “Jason’s mix of page-turning action with smart dialogue and sparkling characters is brilliant. The fusion of hi-tech and ancient myth works really well and readers are going to devour this world of breathtaking battles and exotic monsters.”

Jason Rohan said, “As a long time admirer of Japanese culture, I’m honoured and thrilled to be bringing this rich and vibrant folklore to a wider audience. I’m also humbled by the faith that Stella and the Egmont team have placed in me by committing to three novels, and I can’t wait to see what ideas the design team come up with, given the wealth of source material.”

Jason Rohan has worked as a staff writer for Marvel Comics in New York and as an English teacher in Japan, where he lived for five years. He returned to the UK and now lives in West London with his wife and five children.
By Mr Ripley's Enchanted Books on June 10, 2013