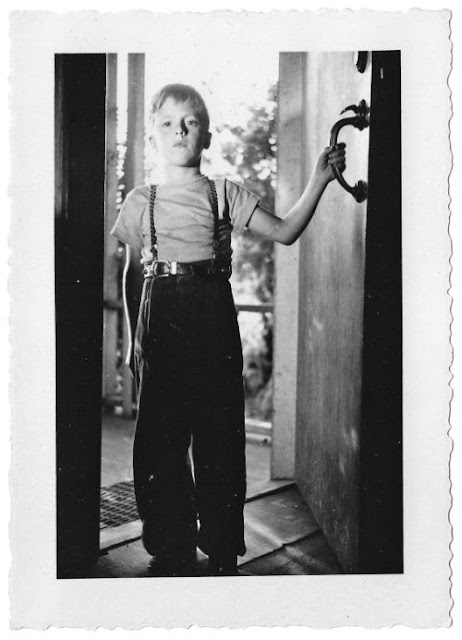 This is an image possibly from the front cover of "Miss Peregrine's" sequel, "Hollow City," which picks up right where the first book left off, following the merry band of peculiar orphans as they travel to London in search of answers.
Who is this stern young man, and why is he lurking in this open door in a pair of the world's most high-waisted trousers? We've no idea, but you can bet the answer is something strange—in the "Miss Peregrine's" universe, it's always something weird. (Perhaps he's come in from out-of-doors to tell us that there's a hollowgast lurking in the yard.) Either way, he'll be waiting to meet you in the pages of "Hollow City" when it comes out January 2014.
Also other connected news: Fox also announced that Peregrine's Home for Peculiars will hit big screen July 31, 2015. The film, based on Ransom Riggs' debut novel, Miss Peregrine's Home for Peculiar Children, will be directed by Tim Burton from a script by X-Men: First Class writer Jane Goldman. The story follows a teenage boy who is transported to an island where he must help protect a group of orphans with special powers from creatures out to destroy them.
By Mr Ripley's Enchanted Books on June 28, 2013