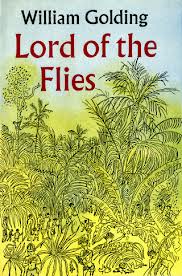 Favourite Reads – Past or Present by Dan Smith

I don’t really remember reading a lot of children’s books when I was growing up – as a 10/11 year old I had already started on the likes of Jack Higgins and Alistair Maclean (‘The Eagle Has Landed’ and ‘Where Eagles Dare’ were firm favourites), but there is one book from my childhood that sticks in my mind. I loved ‘The Runaways’ by Victor Canning. There was something about the main character, Smiler, being accused of a crime he didn’t commit, that stirred something in me. Oh, and I loved ‘Danny, Champion of The World’ by Roald Dahl – all those ingenious ways of catching pheasants!

‘Lord of The Flies’ by William Golding is a book that grabbed me when I read it at school. The isolation, the darkness, the savagery and, of course, The Beast. I’ve now read this book more times than I can remember and it never gets boring. It’s the ultimate survival story . . . or is it? You see, when I was twelve years old, I was introduced to the film of The Old Man and The Sea, and decided I had to read the book. I was mesmerised by it and still am. I once recommended the book to someone who returned it saying, ‘it’s about a bloke who catches a fish’. Well, yes, but it’s the best book ever written about a bloke who catches a fish. It’s also about so many other things, like friendship, tenacity, pride, loss, courage, struggle, human nature . . . you get the idea.

‘The Go-Between’ by LP Hartley is another favourite. It might seem an unlikely choice with its genteel Edwardian setting, but when I read it as a teenager, it was the dark underbelly of the society that intrigued me. The lies and deception. I also love that the narrator only really knows what happened when he is much older and able to understand it all.

Oh, and don’t get me started on ‘The Road’ by Cormac McCarthy! What a beautifully grim book that is. In fact, I love McCarthy’s writing and could re-read many of his books – as long as there’s time to read Elmore Leonard and James Lee Burke. What else, what else . . ? ‘The Wasp Factory’ by Iain Banks was a huge inspiration for me to start writing, as was pretty much anything Stephen King wrote in the eighties. I love ‘True Grit’ by Charles Portis, ‘Clockwork Orange’ by Anthony Burgess, ‘Fight Club’ by Chuck Palahniuk, ‘Game of Thrones’ has had me gripped and ‘Holes’ by Louis Sachar is brilliant – read it now if you haven’t already – and . . . phew, I should probably stop now.

Well, I don’t read anywhere near as much as I would like to. When I’m writing a first draft of a new novel, reading someone else’s work is fine, but when I’m editing, it sometimes feels a bit too much like work. In those circumstances, I often turn to another overlooked form of storytelling – the graphic novel. So here’s a list of my favourite gra . . . oh? You’ve heard enough? Well why are you still here, then? Go and read a book or something.

Growing up, Dan Smith lived three lives: the day-to-day humdrum of boarding school, finding adventure in the padi fields of Asia and the jungles of Brazil, and in a world of his own, making up stories. He lives in Newcastle with his wife and two children. My Friend the Enemy is his debut children's novel.
Dan Smith reads from his novel My Friend The Enemy (Chicken House Publishing) Published on 4 July 2013
By Mr Ripley's Enchanted Books on July 15, 2013