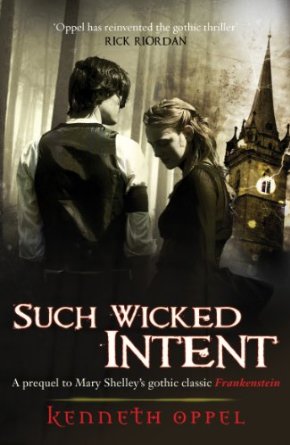 Kenneth Oppel - Such Wicked Intent (Victor Frankenstein) - Published by David Fickling Books - 1, August 2013
When does obsession become madness? Tragedy has forced sixteen-year-old Victor Frankenstein to swear off alchemy forever. He burns the Dark Library. He vows he will never dabble in the dark sciences again, just as he vows he will no longer covet Elizabeth, his brother's betrothed. If only these things were not so tempting.
When Victor and Elizabeth discover a portal into the spirit world, they cannot resist. Together with Victor's twin, Konrad, and their friend Henry, they venture into a place of infinite possibilities where power and passion reign. But as they search for the knowledge to raise the dead, they unknowingly unlock a darkness from which they may never return. Paul Bryers - Spook (Spooked) - Published by Hodder Children's Books - 1, August 2013
Twelve-year-old Kit Connelly has been saved from almost certain death ... by a ghost. A ghost who looks a lot like a fourteen-year-old version of herself. Believing that her ghost must have saved her for a reason and knowing that she only has two years left to make her mark, Kit decides to do something life-changing. But her plan to save the world takes her on a nightmare journey involving a crazed rock singer, an old World War II fort in the Thames Estuary - and a spectacular siege that brings Kit's story to a dramatic and surprising conclusion. 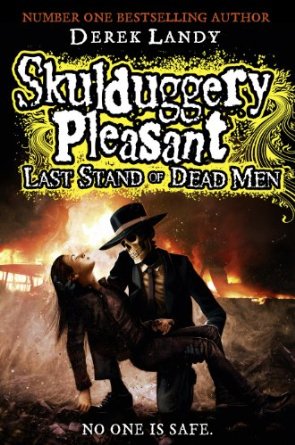 War has finally come.
But it's not a war between good and evil, or light and dark – it's a war between Sanctuaries. For too long, the Irish Sanctuary has teetered on the brink of world-ending disaster, and the other Sanctuaries around the world have had enough. Allies turn to enemies, friends turn to foes, and Skulduggery and Valkyrie must team up with the rest of the Dead Men if they're going to have any chance at all of maintaining the balance of power and getting to the root of a vast conspiracy that has been years in the making.
But while this war is only beginning, another war rages within Valkyrie herself. Her own dark side, the insanely powerful being known as Darquesse, is on the verge of rising to the surface. And if Valkyrie slips, even for a moment, then Darquesse will burn the world and everyone in it. 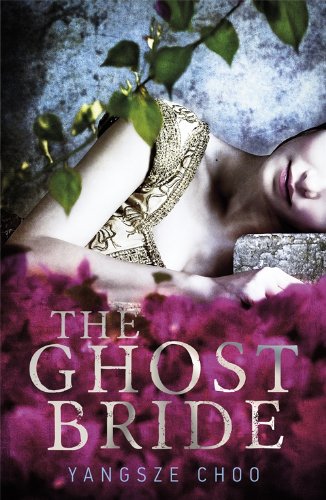 Yangsze Choo - The Ghost Bride - Published by Hot Key Books - 1, August 2013
Seventeen-year-old Li Lan lives in 1890s Malaya with her quietly-ruined father, who returns one evening with a proposition - the fabulously wealthy Lim family want Li Lan to marry their son. The only problem is, he's dead. After a fateful visit to the Lim mansion, Li Lan finds herself haunted not only by her ghostly would-be suitor, but also her desire for the Lims' handsome new heir. At night she is drawn into the Chinese afterlife - a world of ghost cities, paper funeral offerings, monstrous bureaucracy and vengeful spirits. Enlisting the help of mysterious Er Lang (a dragon turned clerk) Li Lan must uncover the secrets of the ghost world - before she becomes trapped there forever. Drawing on traditional Malayan folklore and superstition, The Ghost Bride is a haunting, exotic and romantic read perfect for fans of Empress Orchid and Memoirs of a Geisha.

These all look really good. The covers as well are all gorgeous. Those moths on the Spooked cover always make me think of Silence of the Lambs and I wonder if the forts are the ones I can see from our local beach.

Great list of horror books, I am a huge fan and I'm always looking for new reads to experience. Which of these books do you suggest I start with? My favorite horror writer of all time is Stephen King.

All of them would be my answer, have you read books by Joe Hill?