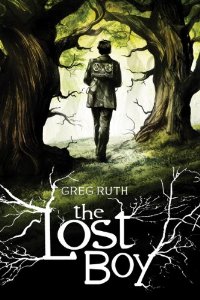 Greg Ruth - The Lost Boy - Published by GRAPHIX - 27, August 2013 - Age 8+
Some mysteries are too dangerous to leave alone.
Nate's not happy about his family moving to a new house in a new town. After all, nobody asked him if he wanted to move in the first place. But when he discovers a tape recorder and note addressed to him under the floorboards of his bedroom, he's thrust into a dark mystery about a boy who went missing many, many years ago. Now, as strange happenings and weird creatures begin to track Nate, he must partner with Tabitha, a local girl, to find out what they want with him. But time is running out, for a powerful force is gathering strength in the woods at the edge of town, and before long Nate and Tabitha will be forced to confront a terrifying foe and uncover the truth about the Lost Boy. 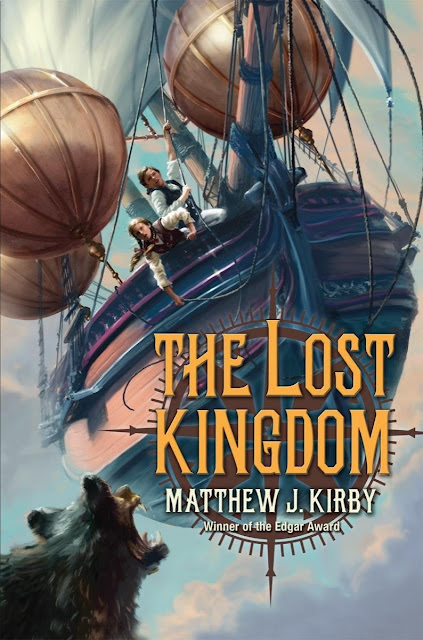 Matthew J. Kirby - The Lost Kingdom - Published by Scholastic Press - 27, August 2013 - Age 8+
In this extraordinary adventure story, Billy Bartram, his father, and a secret society of philosophers and scientists venture into the American wilderness in search of the lost people of the Welsh Prince Madoc, seeking aid in the coming war against the French. Traveling in a flying airship, the members of the expedition find their lives frequently endangered in the untamed American West by terrifying creatures, a party of French soldiers hot on their trail, and the constant threat of traitors and spies. Billy will face hazards greater than he can ever imagine as, together with his father, he gets caught up in the fight for the biggest prize of all: America.
THE LOST KINGDOM is an epic journey filled with marvelous exploits, courage and intrigue, and a bold reimagining of a mythical America. Matthew J. Kirby brings his signature storytelling prowess and superb craft to this astonishing story of fathers and sons, the beginnings of a nation, and wonder-filled adventure. 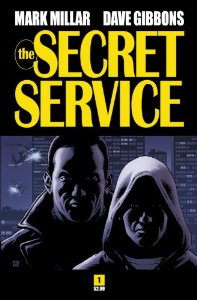 Mark Millar & Dave Gibbons - the Secret Service - Published by Marvel - 27, August 2013 - Age 13+
From the writer of Kick-Ass and the artist of Watchmen comes a collaboration decades in the making! The world's greatest secret agent is on the most exciting case of his career. But will the end of the world as know it take a back seat to training his street-punk nephew to be the next James Bond? meanwhile, what's the secret link between a series of kidnapped sci-fi stars, the murder of an entire town, and a dark secret from inside Mount Everest? Under Uncle Jack's supervision, Gary's spy skills and confidence blossom--but when the duo learn what's behind the celebrity kidnappings, the knowledge comes at a price. The conspiracy begins to unravel, but who can be trusted when so many prominent figures seem to be involved? It's a must-be-seen-to-be-believed action spectacle! 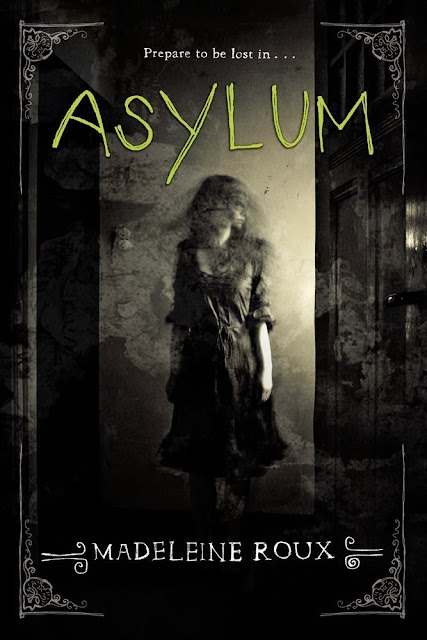 Madeleine Roux - Asylum - Published by HarperCollins - 20, August 2013 - Age 13+
Asylum is a thrilling and creepy photo-novel perfect for fans of the New York Times bestseller Miss Peregrine's Home for Peculiar Children.
For sixteen-year-old Dan Crawford, New Hampshire College Prep is more than a summer program—it's a lifeline. An outcast at his high school, Dan is excited to finally make some friends in his last summer before college. But when he arrives at the program, Dan learns that his dorm for the summer used to be a sanatorium, more commonly known as an asylum. And not just any asylum—a last resort for the criminally insane.
As Dan and his new friends, Abby and Jordan, explore the hidden recesses of their creepy summer home, they soon discover it's no coincidence that the three of them ended up here. Because the asylum holds the key to a terrifying past. And there are some secrets that refuse to stay buried.
Featuring found photos of unsettling history and real abandoned asylums and filled with chilling mystery and page-turning suspense, Madeleine Roux's teen debut, Asylum, is a horror story that treads the line between genius and insanity. 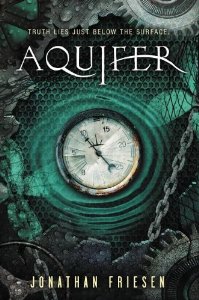 Jonathan Friesen - Aquifer - Published by Zondervan - 6, August 2013 - Age 13+
Only He Can Bring What They Needed to Survive. In 2250, water is scarce, and those who control it control everything. And they'll do anything to maintain their power---deceiving, dividing families, banning love ... even killing those who oppose them. But above all, they seek to control knowledge and communication---ensuring the truth that will bring their downfall will never be known. But one person verges on discovering it all. Sixteen-year-old Paki becomes the Deliverer, the only one allowed to contact the people called 'Water Rats,' who mine the essential water deep underground and bring it to the 'Toppers' who desperately need it above. But when he meets a Water Rat who captures his heart and leads him to secrets---secrets about a vast conspiracy, and about himself---the net around him tightens. Paki and those around him must uncover and share the truth needed to overthrow tyranny---even as they fight for their lives.