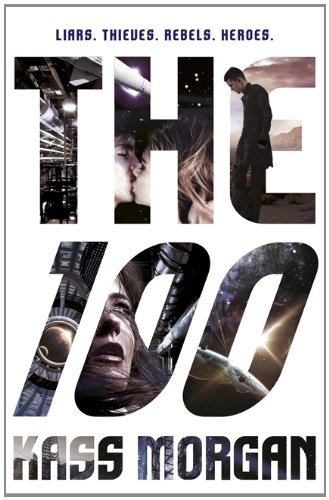 Kass Morgan - The 100 - Published by Hodder - 29, August 2013
No one has set foot on Earth in centuries - until now.Ever since a devastating nuclear war, humanity has lived on spaceships far above Earth's radioactive surface. Now, one hundred juvenile delinquents - considered expendable by society - are being sent on a dangerous mission: to re-colonize the planet. It could be their second chance at life...or it could be a suicide mission.CLARKE was arrested for treason, though she's haunted by the memory of what she really did. WELLS, the chancellor's son, came to Earth for the girl he loves - but will she ever forgive him? Reckless BELLAMY fought his way onto the transport pod to protect his sister, the other half of the only siblings in the universe. And GLASS managed to escape back onto the ship, only to find that life there is just as dangerous as she feared it would be on Earth.
Confronted with a savage land and haunted by secrets from their pasts, the hundred must fight to survive. They were never meant to be heroes, but they may be mankind's last hope. 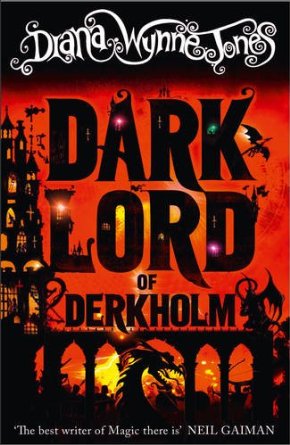 A hilarious adventure about a fantasy world in danger of destruction from that most vile of threats… tourism .Winner of the Mythopoeic Fantasy Award for Children’s Literature in 1999.
A humorous fantasy from Diana Wynne Jones. In a world next door to ours, the tourist industry is devastating the population by its desire to experience all the fantasy clichés - Dark Lords, impoverished villages, dragons etc.
The Head of the University resolves to shut the tours down; the only problem being the ruthless tour-master - and his all-powerful demons. To save them all, the incompetent wizard Derk is appointed as Dark Lord in the hope that he will ruin the tours, and sure enough proceeds to fail at everything due to his general uselessness. But can failing at everything lead to a win this time? 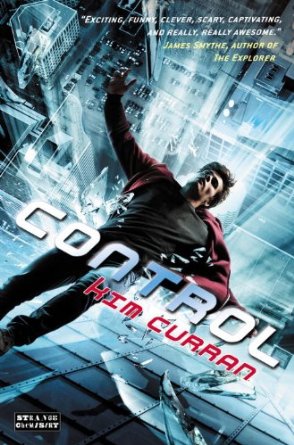 Kim Curran - Control - Published by Strange Chemistry - 6, August 2013
Scott Tyler is not like other teenagers. With a single thought he can alter reality around him. And he can stop anyone else from doing the same.That's why he's so important to ARES, the secret government agency that regulates other kids like him: Shifters.They've sent him on a mission. To track down the enigmatic Frank Anderson. An ex-Shifter who runs a project for unusual kids - as if the ability to change your every decision wasn't unusual enough. But Anderson and the kids have a dark secret. One that Scott is determined to discover.As his obsession with discovering the truth takes him further away from anyone he cares about, his grip on reality starts to weaken. Scott realises if he can't control his choices, they'll control him.

Sarah J Mass - Crown of Midnight (Throne of Glass) Published by Bloomsbury - 15, August 2013
Eighteen-year-old Celaena Sardothien is bold, daring and beautiful – the perfect seductress and the greatest assassin her world has ever known. But though she won the King’s contest and became his champion, Celaena has been granted neither her liberty nor the freedom to follow her heart. The slavery of the suffocating salt mines of Endovier that scarred her past is nothing compared to a life bound to her darkest enemy, a king whose rule is so dark and evil it is near impossible to defy. Celaena faces a choice that is tearing her heart to pieces: kill in cold blood for a man she hates, or risk sentencing those she loves to death. Celaena must decide what she will fight for: survival, love or the future of a kingdom. Because an assassin cannot have it all . . . And trying to may just destroy her.
Love or loathe Celaena, she will slice open your heart with her dagger and leave you bleeding long after the last page of the highly anticipated sequel in what is undeniably THE hottest new fantasy series.
By Mr Ripley's Enchanted Books on July 04, 2013