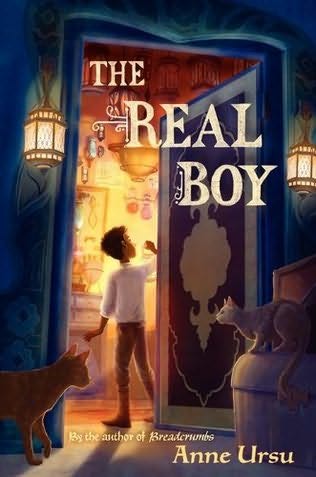 Anne Ursu - The Real Boy - Published by Walden Pond Press (September 24, 2013) - Age 8+
The Real Boy, Anne Ursu’s follow-up to her widely acclaimed and beloved middle-grade fantasy Breadcrumbs, is an unforgettable story of magic, faith, and friendship.
On an island on the edge of an immense sea there is a city, a forest, and a boy named Oscar. Oscar is a shop boy for the most powerful magician in the village, and spends his days in a small room in the dark cellar of his master’s shop grinding herbs and dreaming of the wizards who once lived on the island generations ago. Oscar’s world is small, but he likes it that way. The real world is vast, strange, and unpredictable. And Oscar does not quite fit in it.
But now that world is changing. Children in the city are falling ill, and something sinister lurks in the forest. Oscar has long been content to stay in his small room in the cellar, comforted in the knowledge that the magic that flows from the forest will keep his island safe. Now, even magic may not be enough to save it. 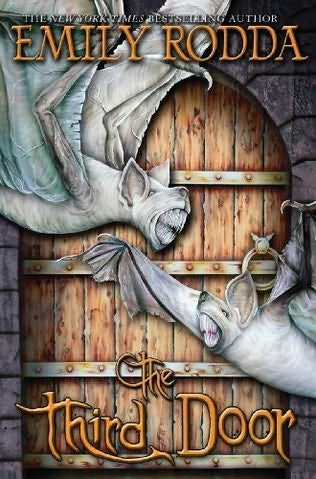 Emily Rodda - The Third Door (Golden Door) - Published by Scholastic Press (September 24, 2013) - Age 8+
Three magic Doors are the only way in and out of the walled city of Weld. The golden Door is grand and majestic -- a Door for heroes. The silver Door hints at mystery and knowledge -- a door for schemers. But the plain wooden Door has always held the most appeal for Rye and his friend Sonia. And now, at last, they have the chance to open it.

Now there's just one Door left -- one last chance to save the people of Weld. Rye and Sonia know everything depends on them. But nothing can prepare them for the horror that waits behind the wooden Door. 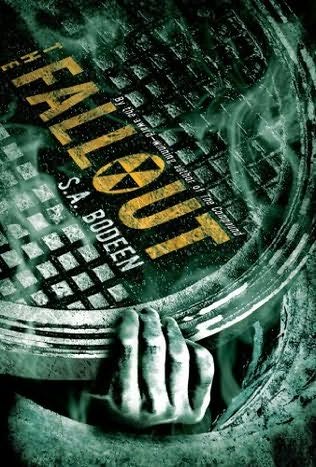 Eli and his family lived in an underground shelter they called the Compound for six years. They thought they were the only survivors of a nuclear attack, but when Eli learned that it was all a twisted experiment orchestrated by his tech-visionary father, he broke the family out. His father died trying to keep them imprisoned.

Now, the family must readjust to life in the real world. Their ordeal has made them so famous, they must stay in hiding—everyone from fatalists preparing for doomsday to the tabloid media wants a piece of them. Even worse, their father’s former adviser continues to control the company Eli and his twin brother are the heirs of.

As Eli tries to determine who the family can trust, he learns the nightmare of the Compound—and his father’s experiment—might not be over. The Fallout is S.A. Bodeen's highly anticipated, thrilling sequel that will keep readers on the edge of their seats. 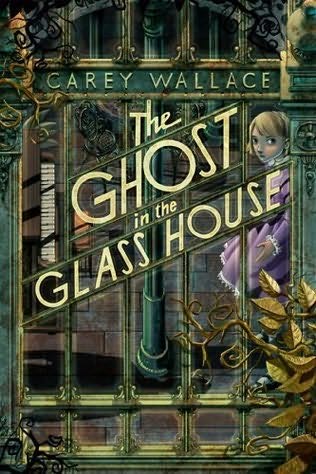 In a 1920s seaside town, Clare discovers a mysterious glass house in the backyard of her new summer home. There she falls in love with Jack, the ghost of a boy who can’t remember who he was before he died. Their romance is a haven for her from the cruel pranks of her society friends, especially her best friend, Bridget, who can’t wait to grow up and embark on romances of her own. As Clare begins to suspect an affair between her mother and Bridget's father, she retreats to the glass house. But that haven begins to crack when she realizes that Jack has lied to her about his name . . .
From a dazzling and fearless new voice comes a shimmering story full of wonder and mystery, in a world where every character is haunted by lingering ghosts of love.
By Mr Ripley's Enchanted Books on September 09, 2013